Belgium has paid final tribute to two policewomen murdered in a jihadist attack in the eastern city of Liège.

Several hundred police officers from all over the country attended a sombre procession which followed the flower-strewn hearses of Lucile Garcia, 54, and Soraya Belkacemi, 44.

The gathered police force saluted as the two women’s caskets entered the funeral. 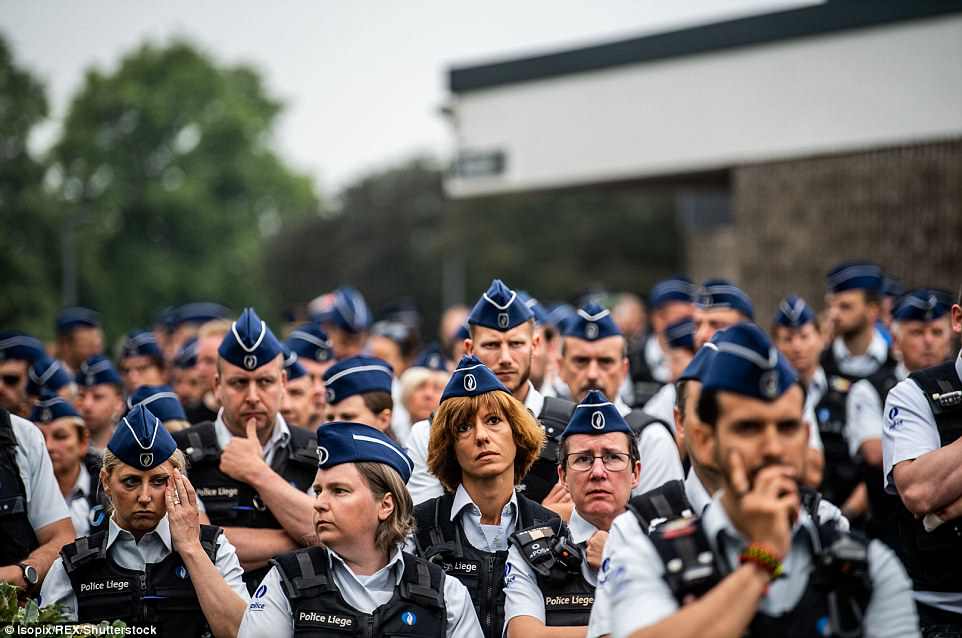 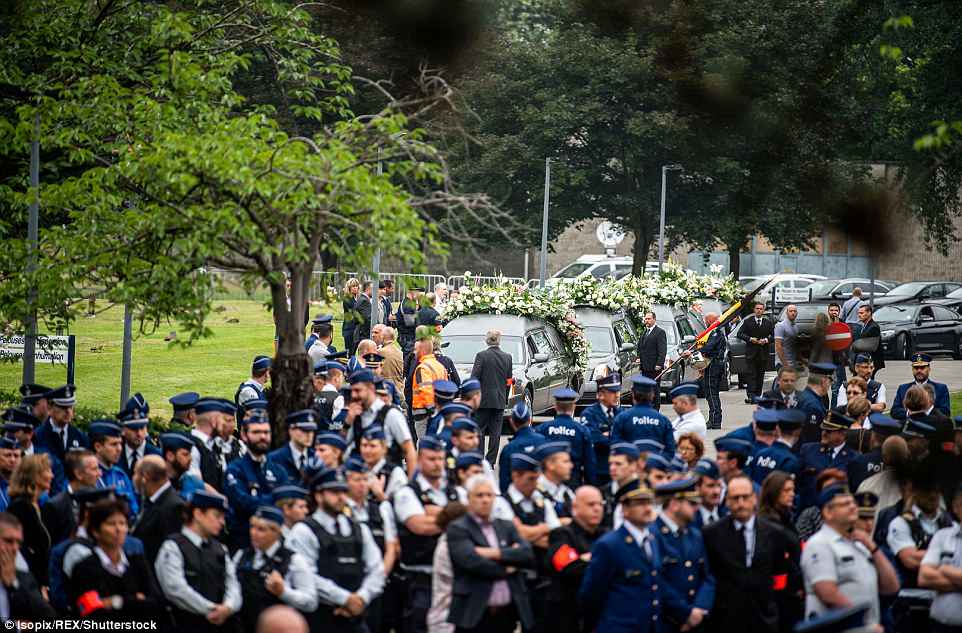 The caskets of Lucile Garcia and Soraya Belkacemi were carried in flower-strewn hearses in Liege, the city they were killed 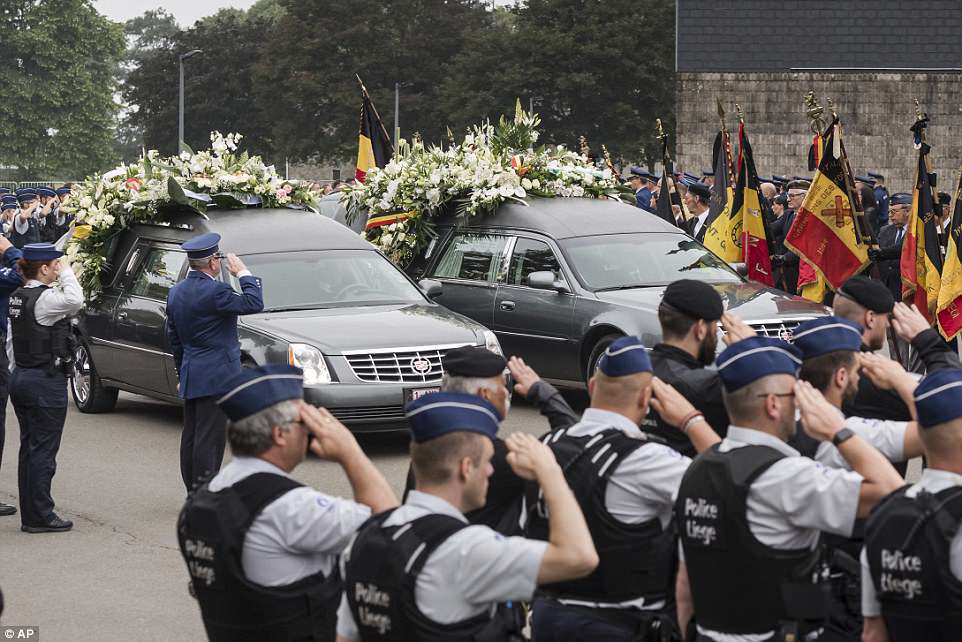 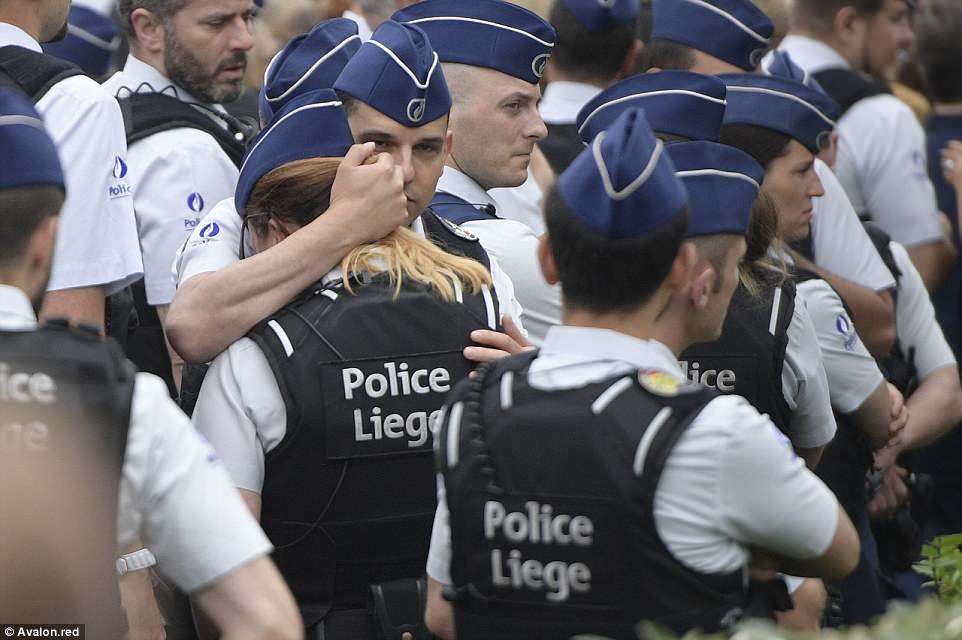 A retired officer said: ‘Every time we lose an officer it’s like losing a family member. All we can do is to be there for each other’ 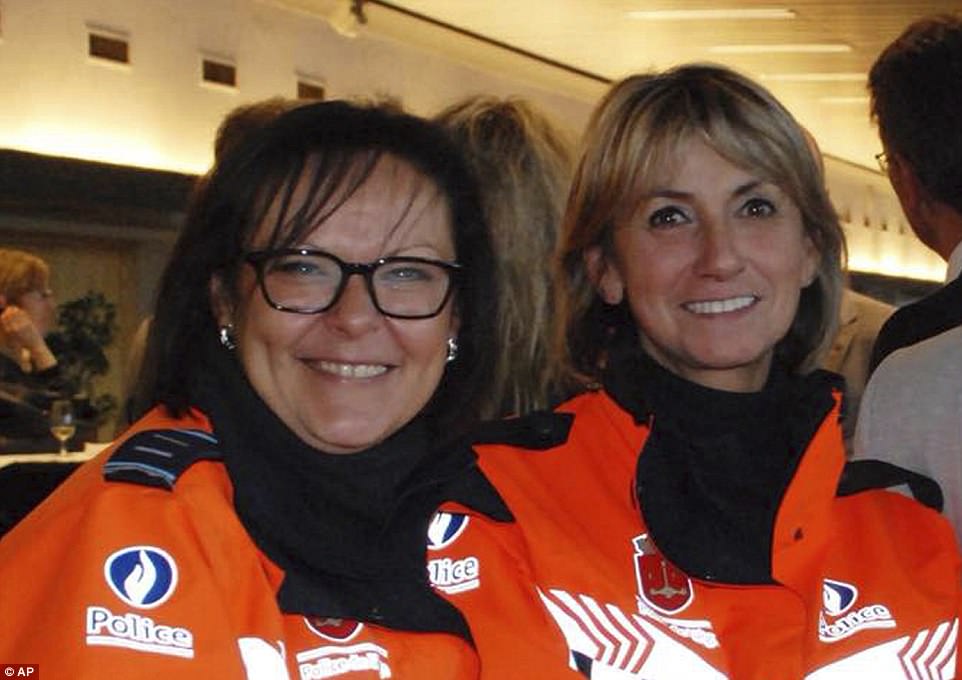 The brazen shooting a week ago, claimed by the Islamic State, shocked the nation and raised the spectre of a fresh wave of attacks two years after twin suicide bombings killed 32 people in Brussels.

‘We are a police force, every time we lose an officer it’s like losing a family member,’ retired police officer Jean-Claude Bertrand said.

‘The only thing we can do is to be there for each other.’

Officers stood to attention as the hearses passed. Some had covered their orange armbands with a black mourning band. 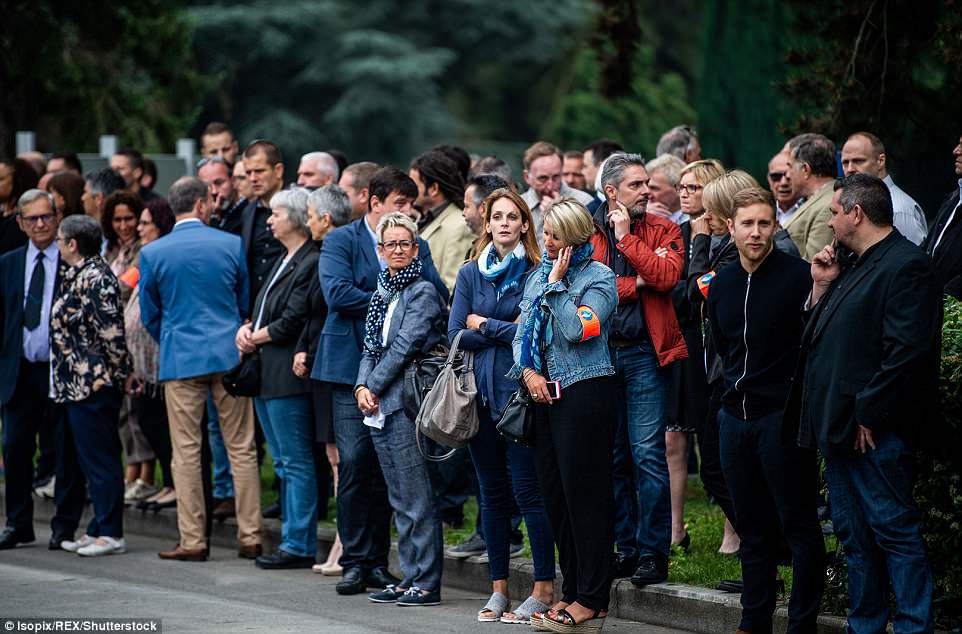 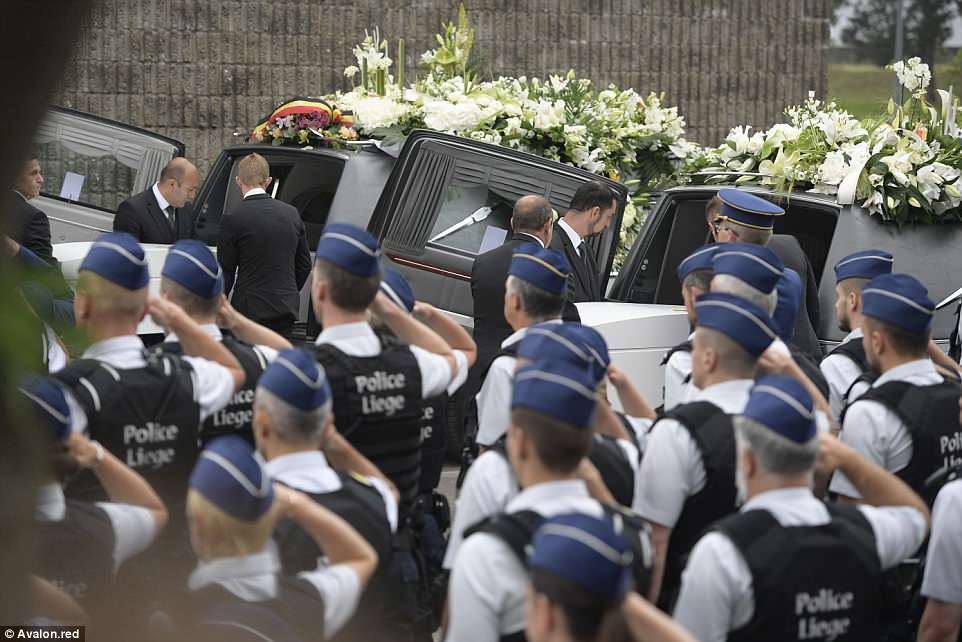 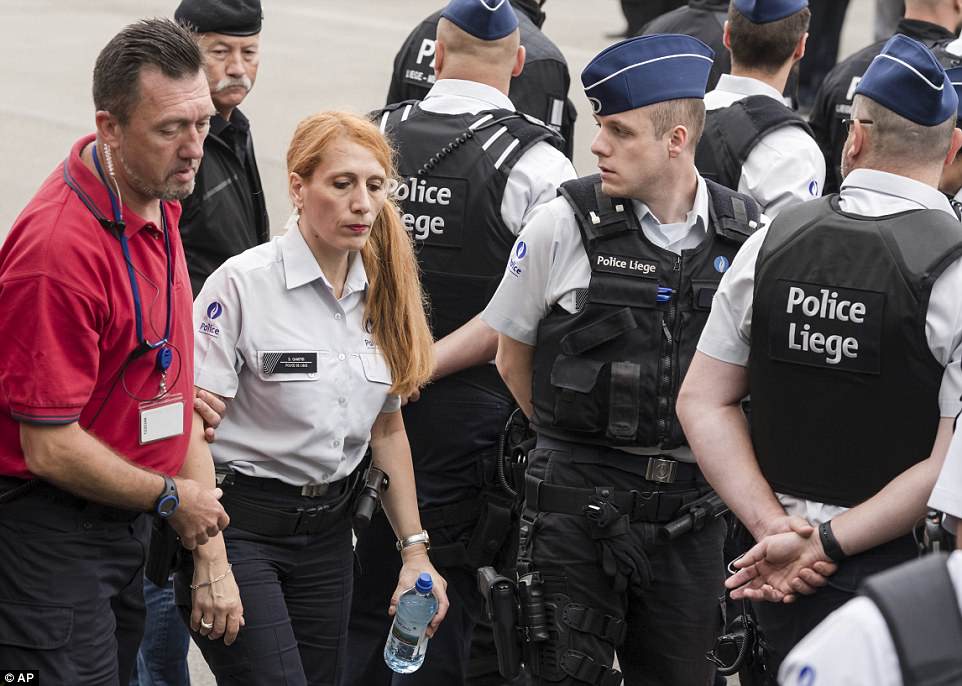 Friends and family of the 22-year-old walked behind the hearse dressed in white through the streets of Vottem near Liege ahead of the funeral, also attended by Michel.

The funerals follow a procession Sunday of nearly 3,000 people who marched to the scene of the attack and laid white roses in memory of the three victims.

Herman carried out his rampage on May 29, repeatedly stabbing Garcia and Belkacemi with a knife before taking their service pistols and shooting them.

He then killed Vangriecken who sat in the passenger seat of a parked car. 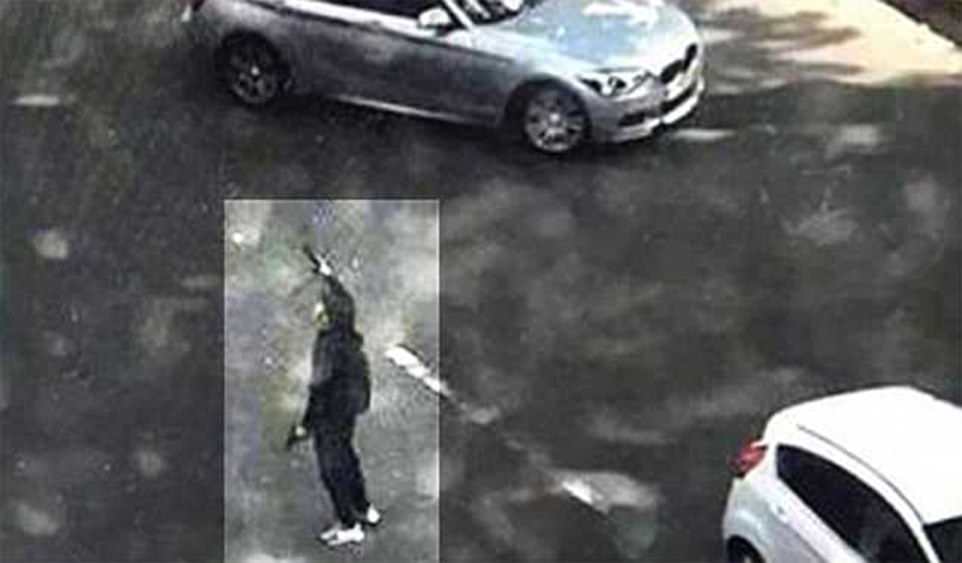 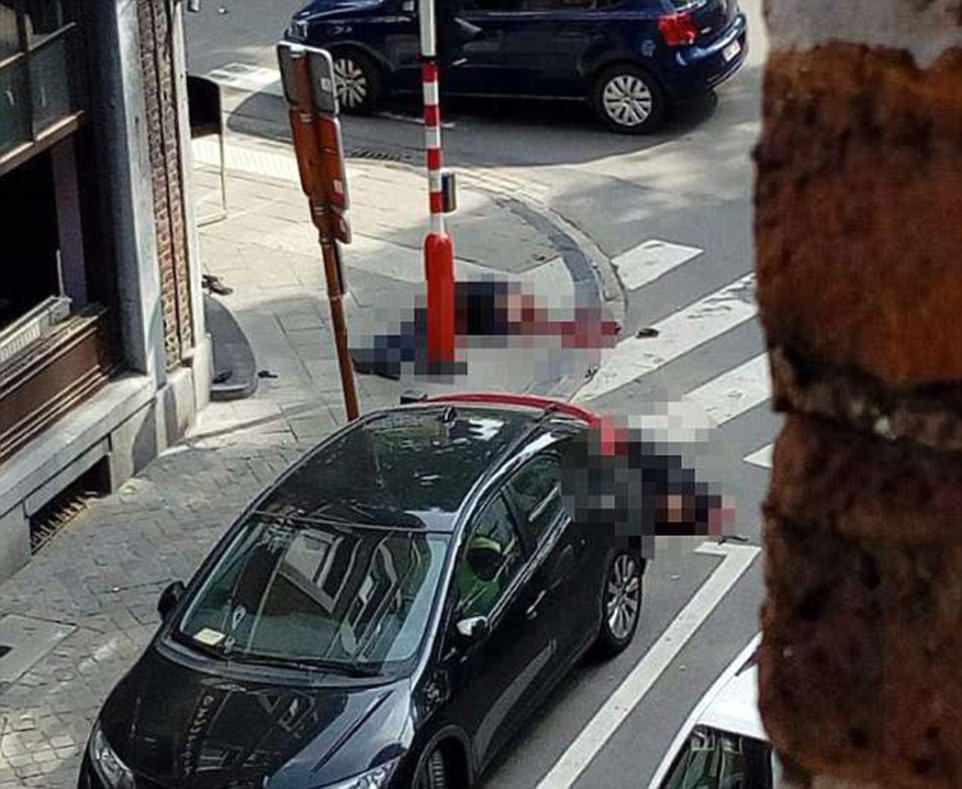 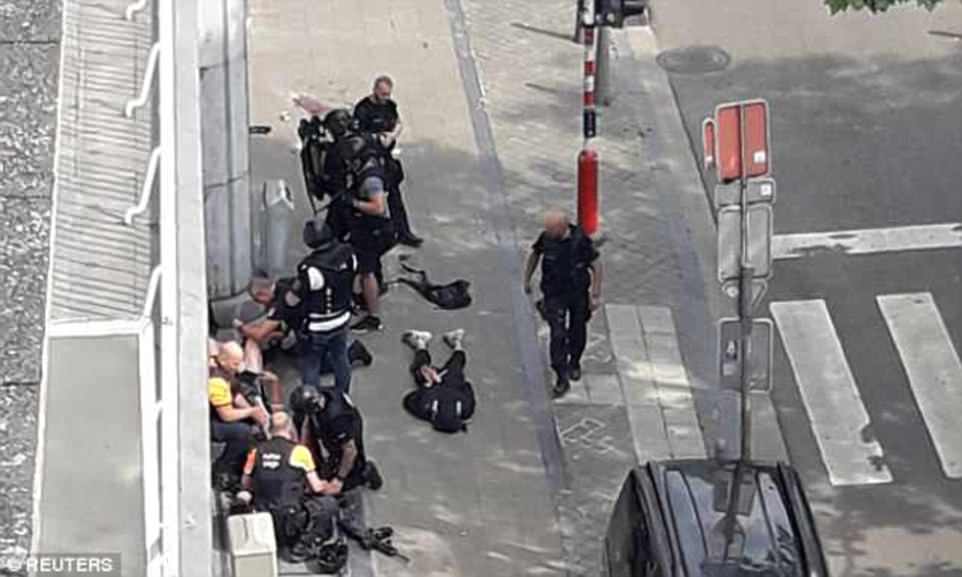