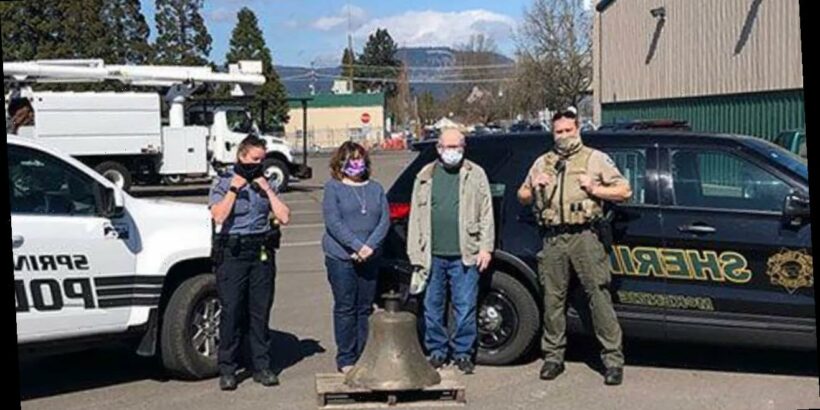 After months of investigation, a World War II-era bell from a Navy ship that was stolen from a burned-out home after a deadly Oregon wildfire was reportedly returned to its owners this week.

The antique bell had survived the Holiday Farm Fire, which burned 173,000 acres and hundreds of homes, despite the property being completely destroyed, according to FOX 12 of Oregon.

“This bell had been obtained through proper channels by a serviceman upon the decommissioning of the U.S.S. Kermit Roosevelt,” in 1959, the Lane County Sheriff’s Office said, according to KCBY-TV in Eugene. “This bell is one of a kind and invaluable to its owners.”

Looters had combed through some homes after residents were evacuated as the devastating wildfires spread last year, FOX 12 reported.

“Working from an anonymous tip, officers from the Springfield Police Department and Springfield Public Works staff played a vital role in locating and recovering this very heavy and valuable piece of US history,” the sheriff’s office said, according to KCBY.

The sheriff’s office didn’t give any more details on the recovery of the bell or any suspects.