The former booze and crack addict, 49, said Dee has not spoken to him since the documentary aired four years ago — and has turned her back on the street that made her famous. 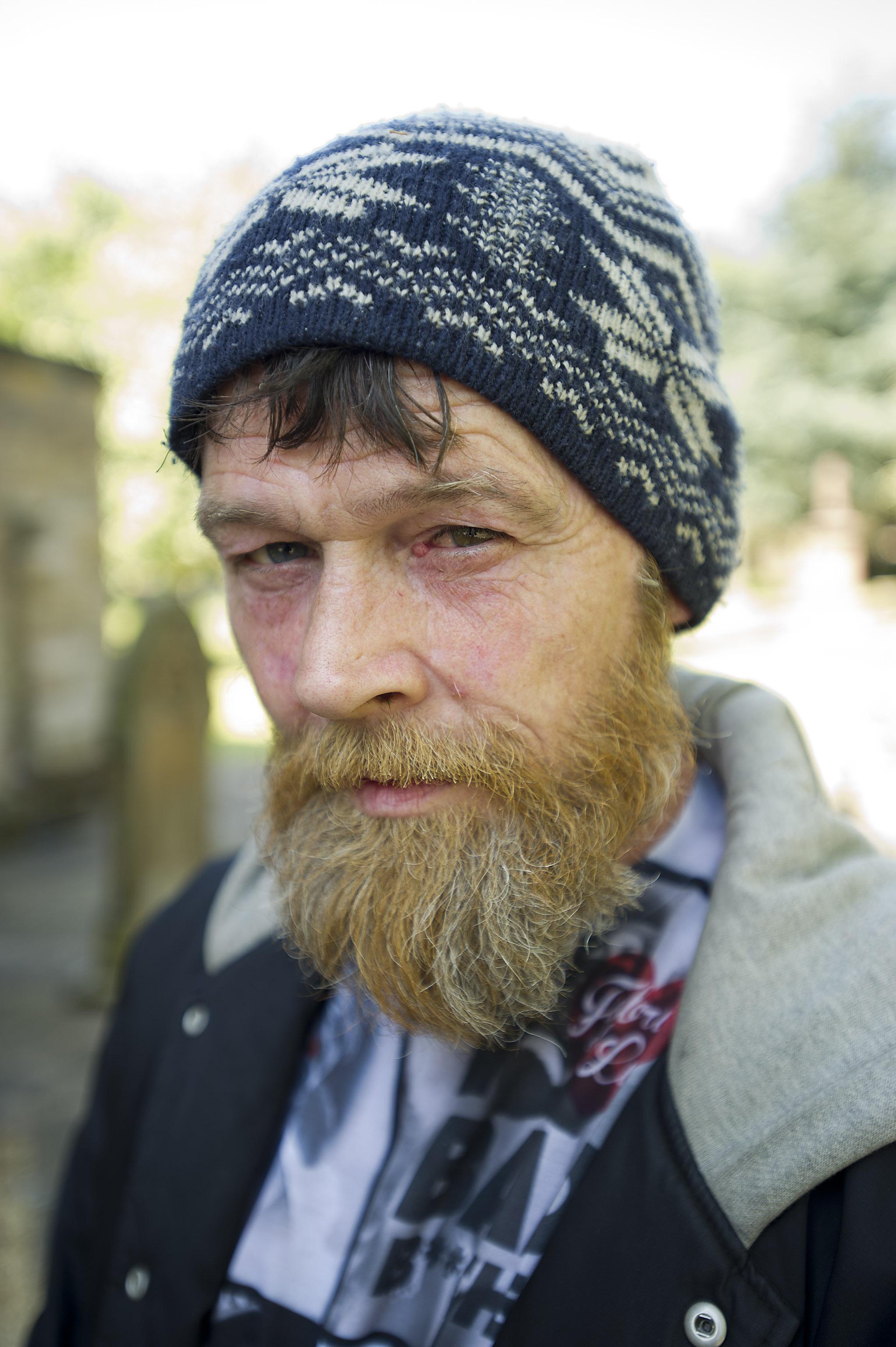 He said: “She's supposed to be family. I treated her as good as gold — you're a tramp Dee."

The illiterate dad-of-four also slammed Dee for earlier comments she made blaming the show for ruining the area.

She claimed this week the "family" of residents on James Turner Street in Winson Green, Birmingham has been “ripped apart” by the controversial programme.

Dee, real name Deirdre Kelly, also told the Birmingham Mail that she sees Fungi “every now and again” and “keep tabs on him". 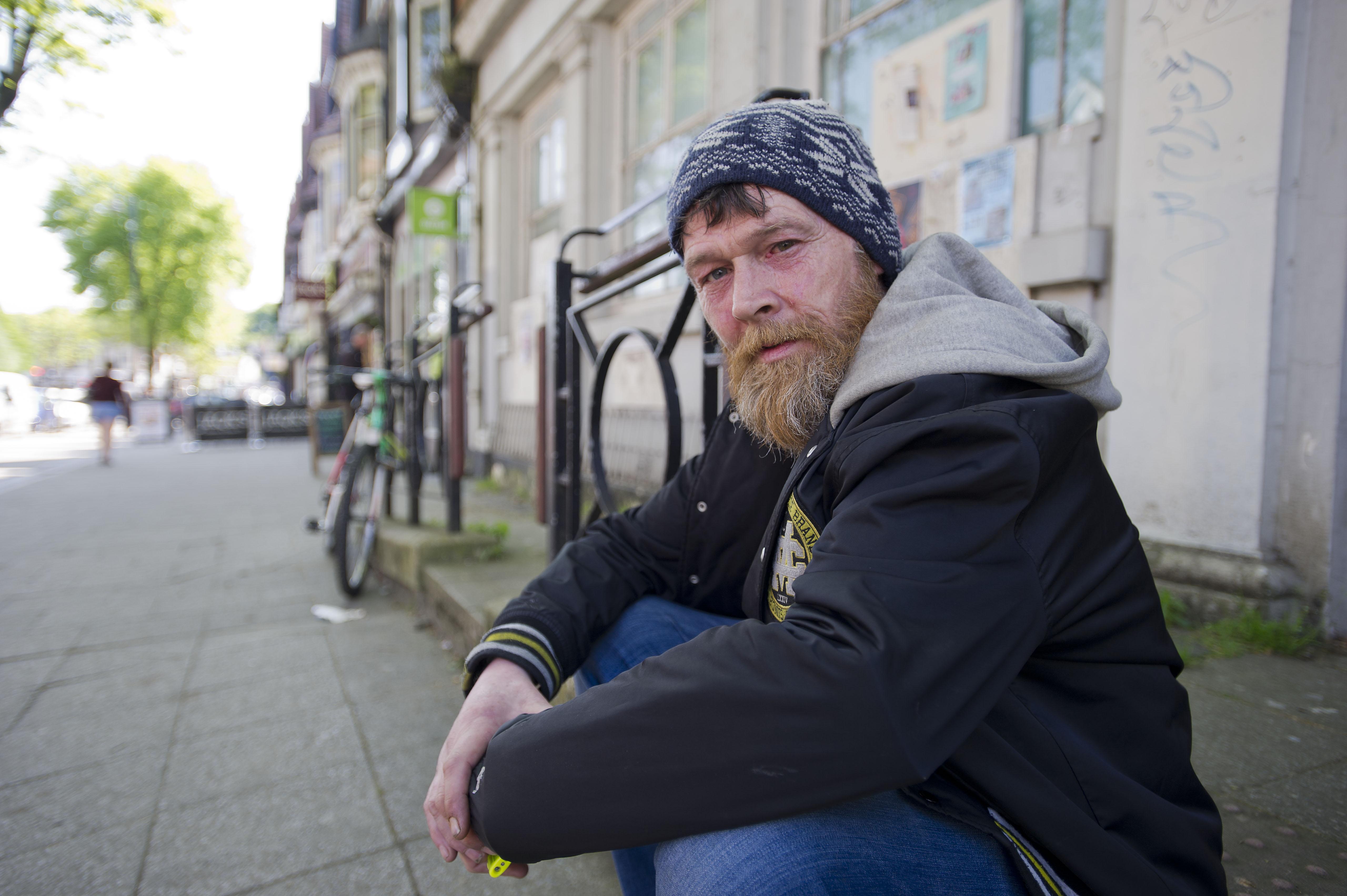 But former rough sleeper Fungi slammed her comments as disrespectful — saying: "There now isn't a relationship".

Speaking exclusively to The Sun Online, emotional Fungi, real name James Clark, said: "The friendship has gone now. I'm p***ed off with her.

"I'm supposed to be her family and she ignores me.

"I love and miss her kids but as for Dee, that woman plays no part in my life.

"I think it's ridiculous she's making these comments about the show.

"That's a joke when you think how well she did financially off the back of it. I didn't make a f*****g penny."

Struggling Fungi also said he was ignored when he asked Dee to buy him trainers with her Celebrity Big Brother payout — a claim she denies. 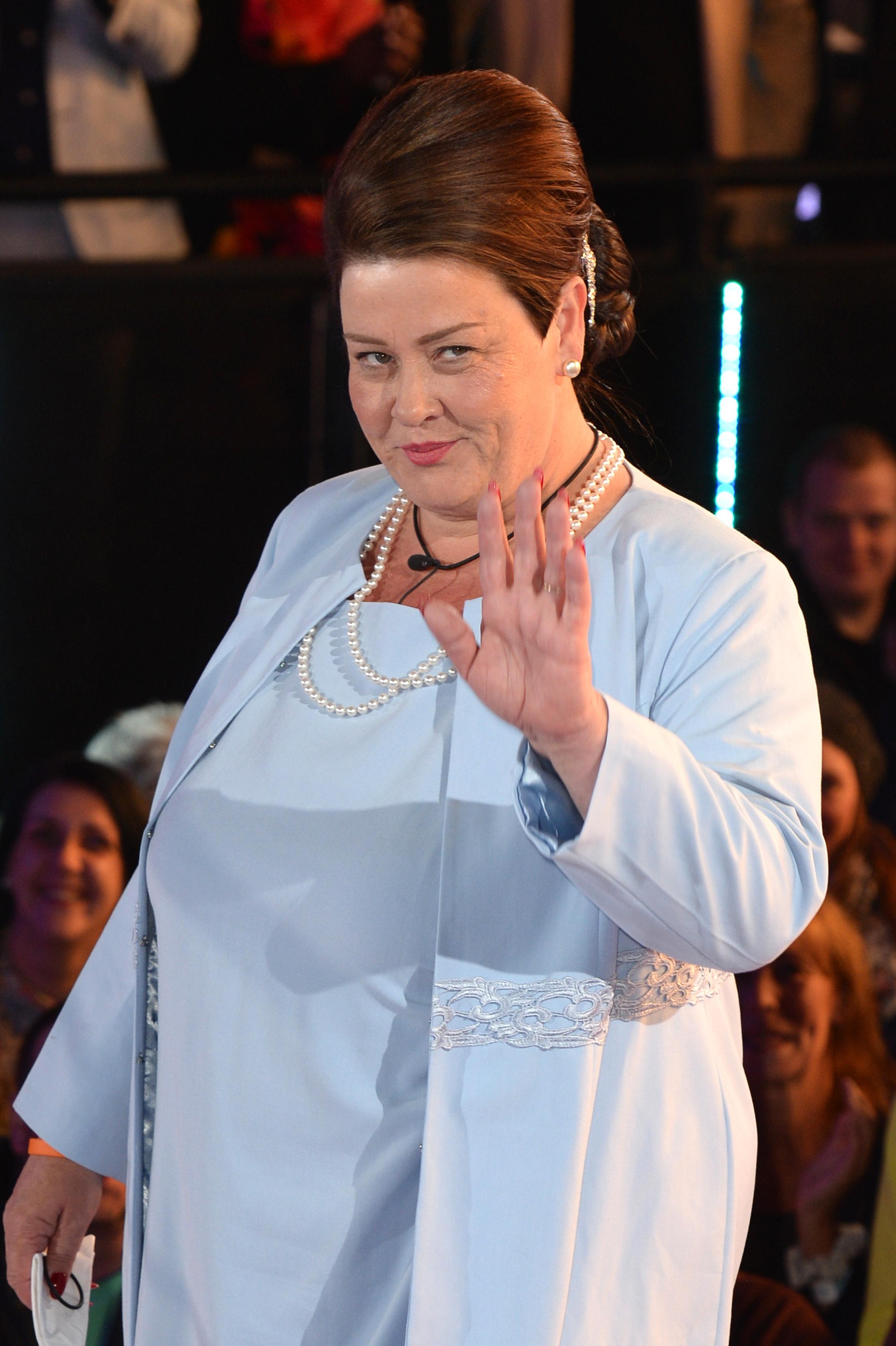 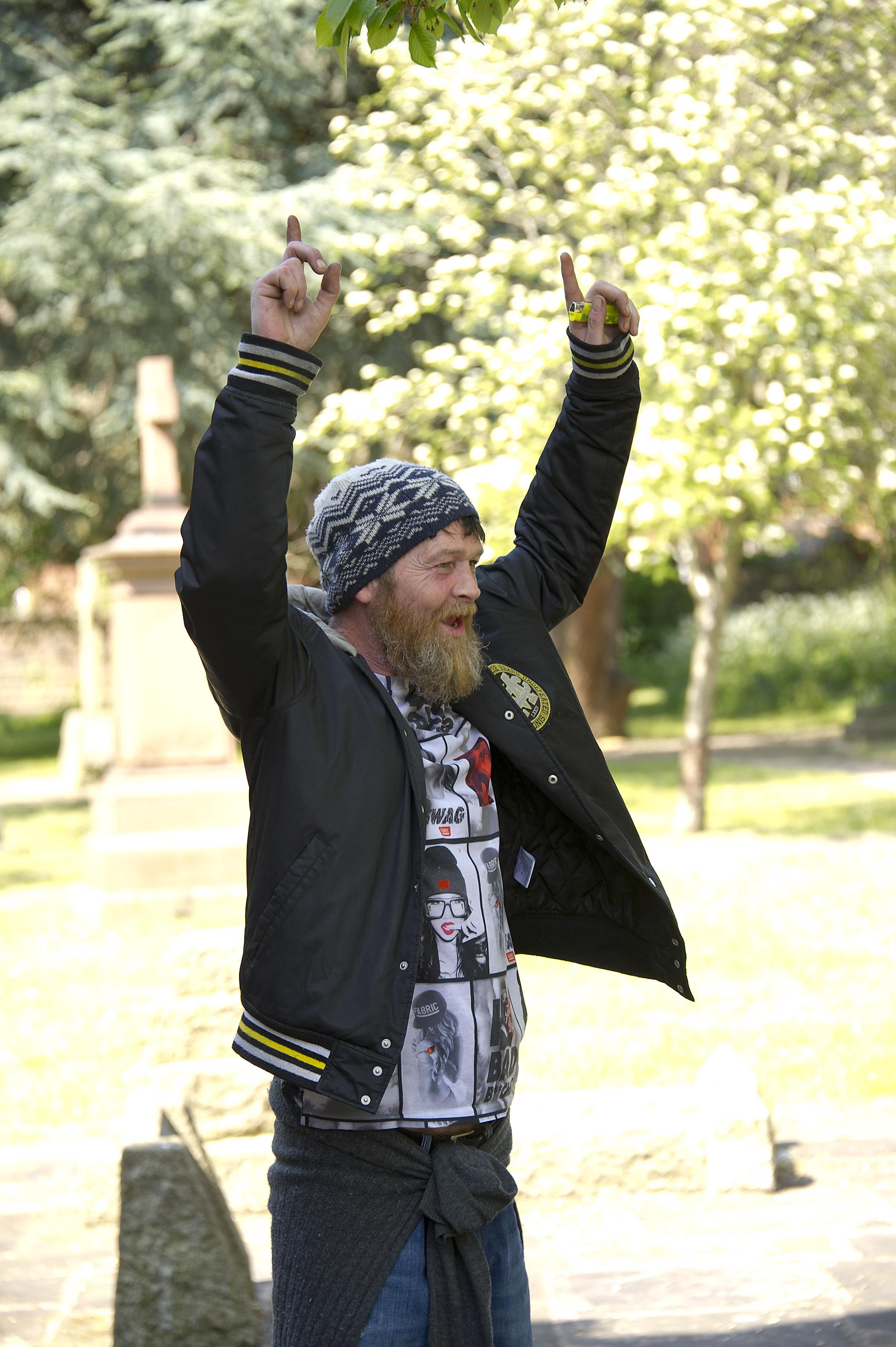 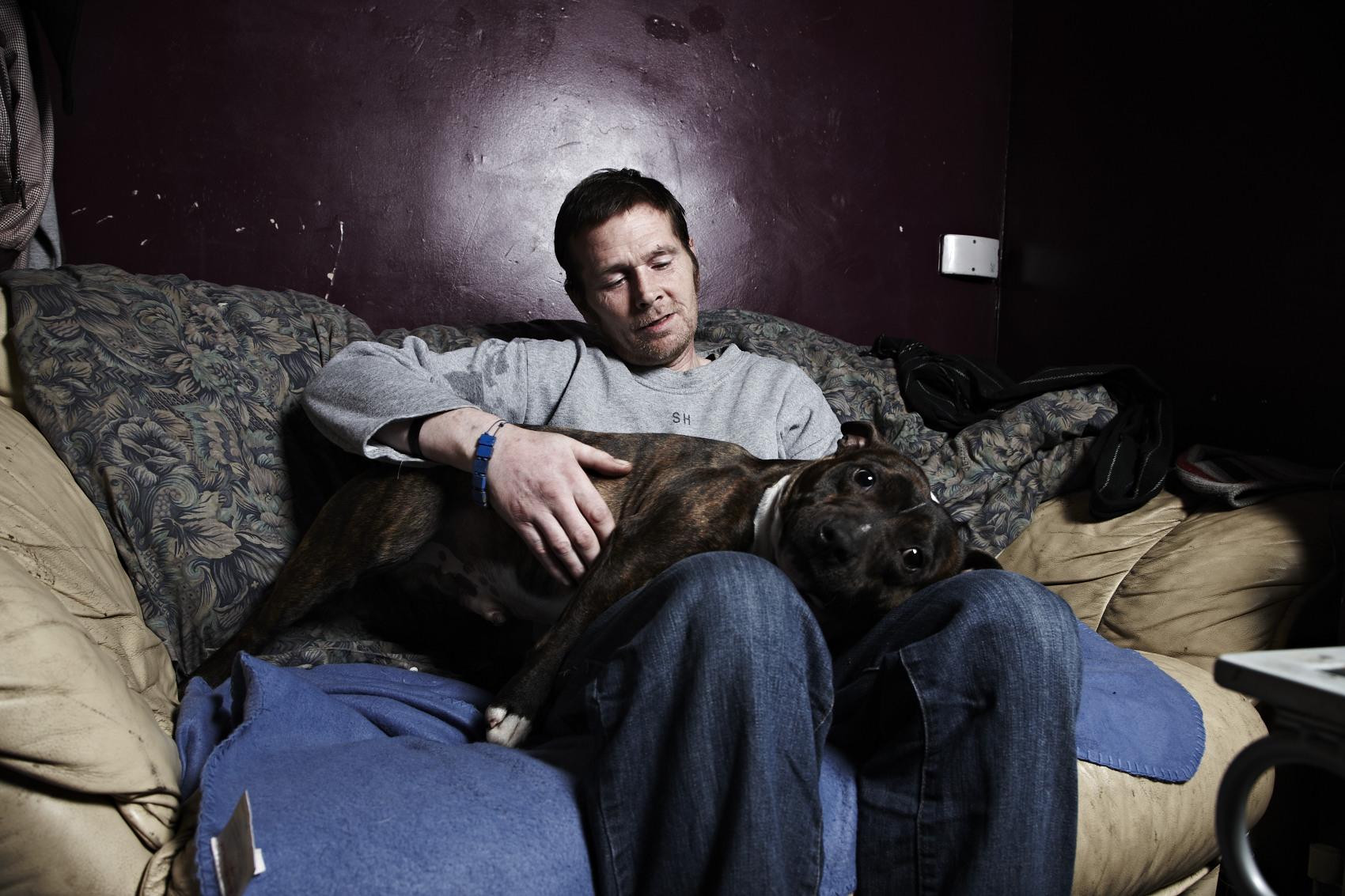 He said: "She never helped me once. She had all that money from TV deals but has turned her back on us lot.

"If I'd been in her position I would have got a place and then handed out the rest of anything I made to people in envelopes."

Fungi added: "If I see her in the street today I would walk past her.

"That’s a horrible thing to say you know and I know it would hurt her.

"We all lived in that street together, but White Dee – who? She's disrespected me."

Fungi moved to Cardiff for two years after the doc aired in 2014 but is now living back in Birmingham in a council house with seven others.

He was working as a Big Issue seller but got fired after he failed to get an official pass that needed to be renewed every fortnight.

It hasn't stopped him buying copies of the magazine and selling them on to punters on the street unofficially.

"Most people aren't even interested in the magazine and are just very generous."

He was beaten up by two drunks earlier this year leaving him with a broken jaw and heavy swelling beneath the eyes.

Fungi does not speak to any of the Benefits Street personalities and maintains he has no gripes with producers from the show.

He said this intervention "saved my life."

Dad-of-four Fungi describes himself as a "lovable rogue" and "more famous" than White Dee — and said money had changed her.

Other residents on the street backed him in denying the street had been “ripped apart”.

Narinder Singh, 60, who featured in the show and has been living in the street for more than 20 years, said: “It’s still the same here – there’s still a good community here.

"The people that do live here really enjoy it. There is more neighbourhood spirit than most places in Britain.”

"If anything I’d say it’s gotten better here – I’m happy to live here and everyone gets on here since the programme.”

The rubbish-laden 350-yard road became notorious as the supposed home to jobless scroungers.

“Before we were sometimes scared to go to the other side of the street and there was more violence.

“I don’t know what’s happened to the people who were in the show but I think most of them have moved away.

“I’m happy now though, the street had a reputation where nobody worked, but it wasn’t true – my husband worked then and he works now."

A representative for White Dee said: "She always wanted to be kept in the loop with Fungi.

"Dee was devastated when she heard he got beaten up and was so glad to hear about his recovery. She is always asking how is he is.

"She has not heard from him about trainers. She's got such a big heart she would be happy to help him, but she hasn't hear from him.

"For anybody that knows Dee, she is one of the most helpful people in the world. She would always help anybody in a time of need.

"At the end of the day, she wishes him well."