Tears for Grenfell: Victims’ families embrace at memorial service to mark the first anniversary of fire as landmarks across London light up green

Britain is today remembering the 72 people who died in the Grenfell Tower disaster on the first anniversary of the deadliest fire in Britain since the Blitz.

Tearful mourners all dressed in green – the colour adopted by the bereaved west London community – embraced as they packed out St Helen’s Church for a memorial service opened by a gospel choir singing Amazing Grace.

The church in the shadow of Grenfell was filled with giant green flowers bearing the words ‘love’, ‘unity’, ‘strength’ and ‘justice’ – while simultaneously large crowds gathered at the tower for the unveiling of a mosaic.

Bishop of Kensington Dr Graham Tomlin told the congregation – many wearing T-shirts bearing the faces of the dead – that the fire had changed Britain forever and will never be forgotten.

He said: ‘I think today is a really important day for the whole nation to remember Grenfell.

‘I think we could change a lot of things, we could identify who was responsible, we can make building regulation changes, but unless we ask some more fundamental questions about the way we relate to each other in society and how we care for one another, then we will just go back to the way we normally are.

‘I think Grenfell is a once-in-a-generation opportunity to ask some really deep questions about the way we live together, the way we care for each other in society.’

Grenfell Tower, other blocks of flats and London landmarks including Downing Street and Kensington Palace were all turned green overnight to mark the first anniversary of the horrifying fire.

Bereft families then marched silently and tearfully through the streets to the base of the tower at 12.54am – the time of the first 999 call – and pinned photographs of dead loved-ones to the ‘wall of truth’.

Above them the scorched 24-storey building shone bright green and was wrapped in a banner: ‘Grenfell forever in our hearts’.

Today there will be a national minute’s silence at Midday with the England’s World Cup team becoming the first to take part at noon Russian time. 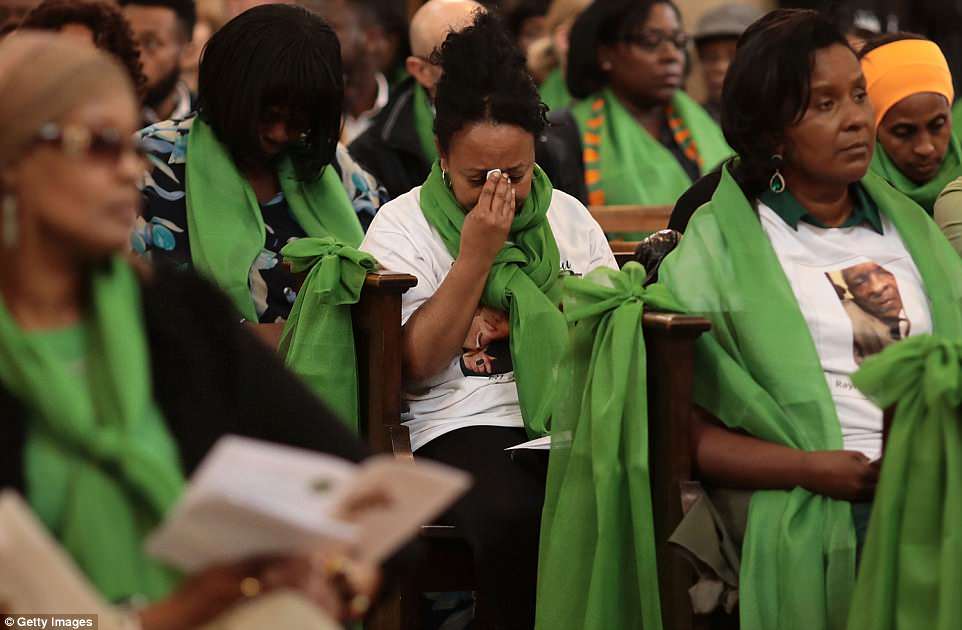 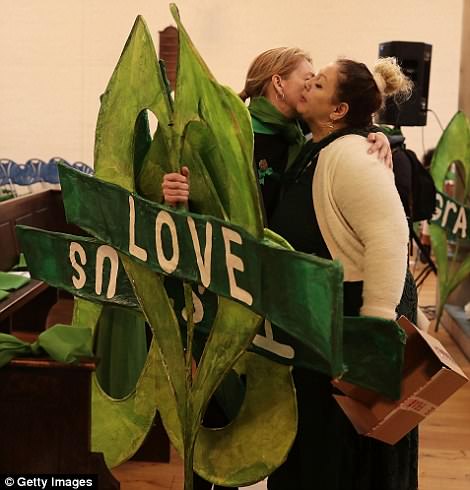 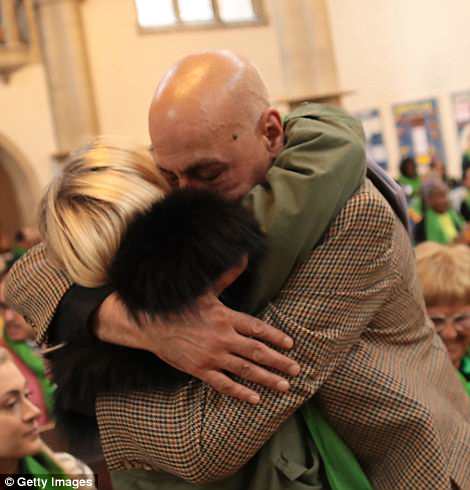 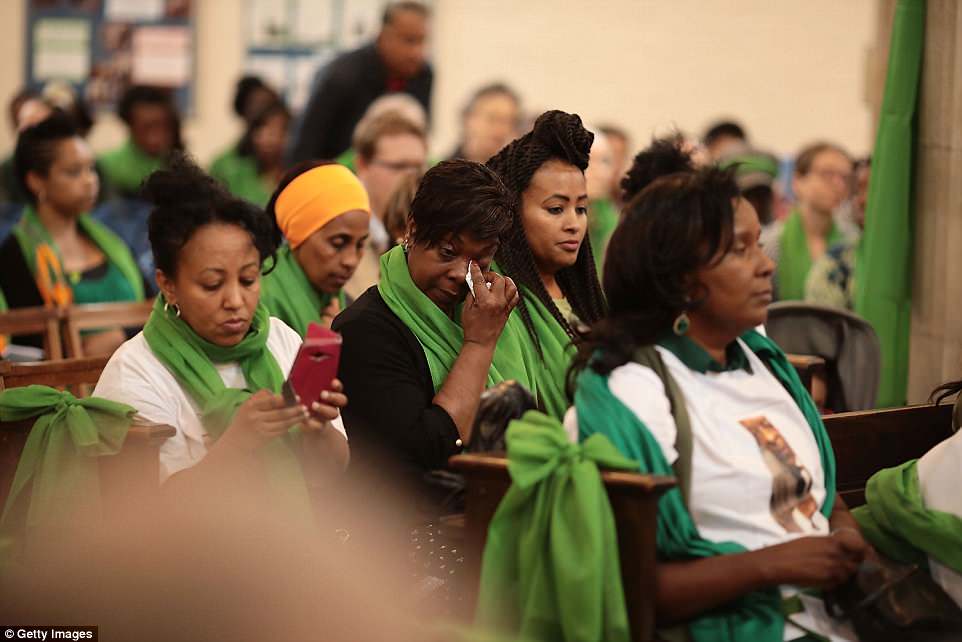 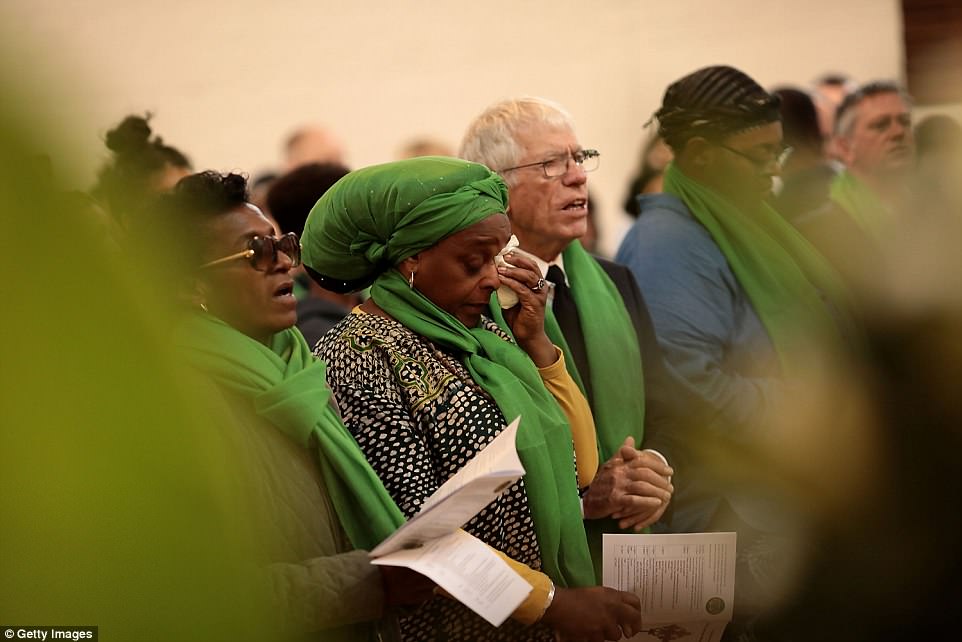 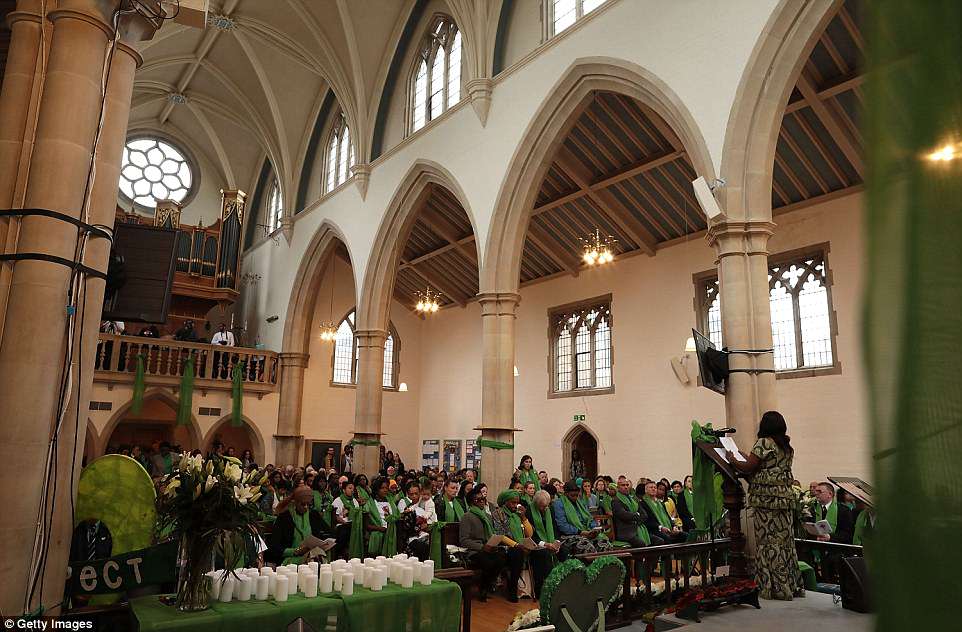 The congregation listen during the memorial service this morning at St Helen’s Church in North Kensington, West London 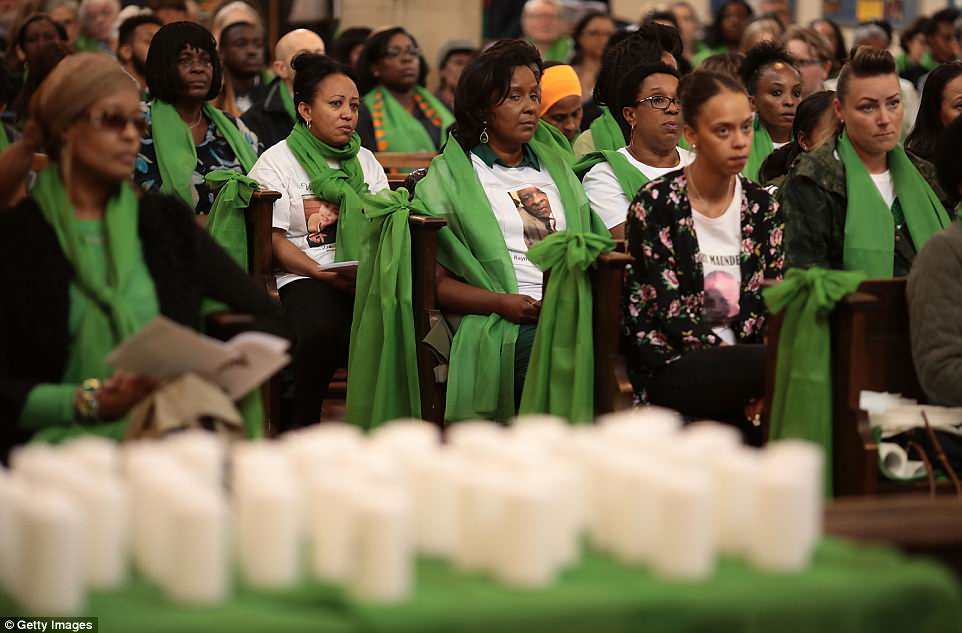 The church in West London was decked out in green, with ribbons tied round pillars and scarves on each seat