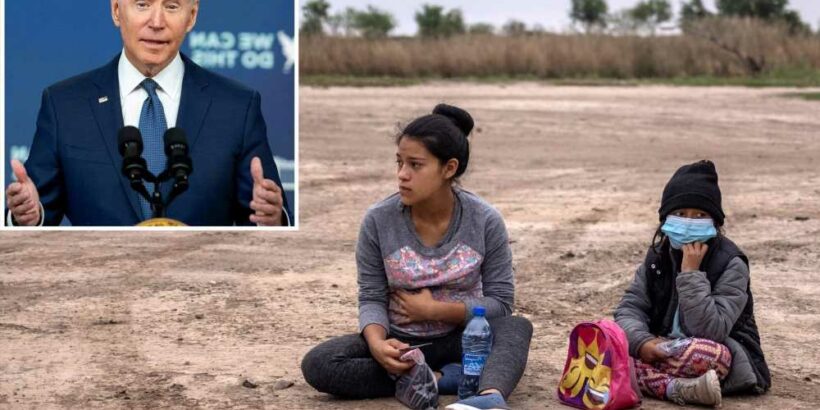 The Biden administration will reallocate $860 million of funds designated for COVID relief to address pandemic-related costs for illegal immigrant children, according to reports.

In a letter to leadership of the House and Senate Appropriations Committees dated Tuesday and reviewed by Bloomberg News, Health and Human Services Secretary Xavier Becerra informed the lawmakers that his department needed the funds to ensure the safety of unaccompanied migrant children arriving at the border.

They also need to cover costs associated with staffing at shelters for these children, Becerra wrote.

Speaking to the outlet, a Biden administration official said HHS’ costs for housing unaccompanied migrant children had gone up by $1.7 billion as a result of the COVID-19 pandemic, due to precautions the government needed to take.

Reps for House and Senate leadership on the Appropriations Committees in both chambers did not immediately respond to The Post’s request for comment on the letter, nor did HHS.

In his letter, Becerra wrote that the pandemic — not the crisis fueled by hundreds of thousands of illegal immigrants rushing the border month after month — was to blame for the high cost, arguing it “placed significant demands” on his agency.

Centers for Disease Control and Prevention guidelines require the agency to quarantine children upon receiving them, as well as ensure that emergency intake shelters have proper measures in place to keep those kids apart.

The funds were originally allocated to the National Institutes of Health, but Becerra assured lawmakers that the reallocation did “not disrupt or impede planned NIH activities.”

Becerra said he consulted with the Office of Management and Budget before reallocating the funds.

The Biden administration’s undoing of former President Donald Trump’s border policies has prompted a flood of Central American and Mexican illegal migrants at the US border, including thousands of unescorted children.

Central Americans looking for refuge from the Northern Triangle countries — Guatemala, El Salvador and Honduras — have taken these policy moves, as well as the overwhelmingly more welcoming tone from Democrats, as a sign that President Biden is inviting them to cross the border.

Insisting that the border was not facing a crisis, Homeland Security Secretary Alejandro Mayorkas said in early March that the problems the agency faced should be blamed on the previous administration.

The data, however, overwhelmingly shows that migrants are flooding the border because they believe Biden will welcome them with open arms, with over 170,000 illegal crossings a month.