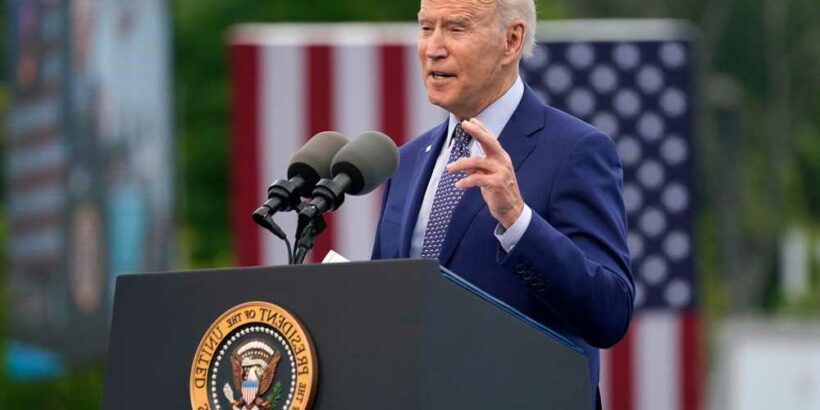 President Biden defended his efforts to raise taxes and increase spending for his mammoth, multitrillion-dollar proposals by arguing that his $1.9 trillion COVID relief bill was causing the economic rebound seen today.

The commander-in-chief made the remarks in an interview Friday with NBC News after being asked why he would push such lofty and expensive efforts when the economy was recovering from the pandemic.

“Look how rapidly it’s recovered since we passed the last piece of legislation, and that legislation was $1.9 trillion. If we don’t invest in this country, we’re going to actually start to, we’re going to fall behind even further.”

The “Jobs” and “Families” proposals make up the two parts of Biden’s massive infrastructure push, the former covering more traditional definitions of the term and the latter aimed at funding Democrats’ domestic policy platform.

Democrats have faced scrutiny in recent weeks over their definitions of “infrastructure,” and thus what they would be able to include in the already enormous package.

In order to pay for the package, the federal government would impose a slew of new taxes, the administration revealed alongside the plan last month.

Republicans have cautioned that undoing former President Donald Trump’s 2018 tax cuts, however, would slow economic growth at a time when the country has begun to rebound from crippling lockdowns.

Members of the administration have said that unlike the COVID-19 relief package, the president is willing to negotiate with Republicans on this bill.

GOP lawmakers, however, have reacted with skepticism to Biden’s “unity” overtures given his continued push for high-dollar, progressive legislation.