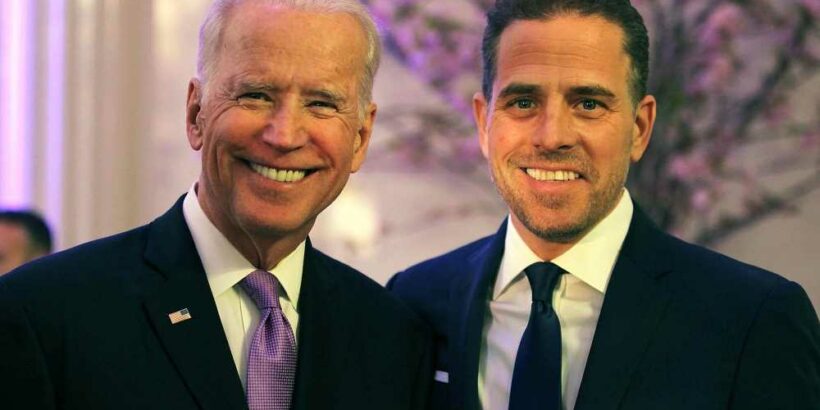 ‘Dad will be there’: Hunter Biden brought veep Joe to dinner with shady business partners

Joe Biden as vice president hired one of his son Hunter’s investment-firm staffers as a personal assistant, emails from his son’s discarded laptop show.

Anne Marie Person, 34, left Hunter Biden’s Rosemont Seneca Partners in 2014 to join the veep’s staff — and stayed in close contact with her former bosses, keeping them apprised of visiting dignitaries and official events they might have interest in, according to the emails.

Rosemont Seneca and its affiliates have come under scrutiny, as the US Department of Justice investigates Hunter Biden’s foreign dealings as part of a possible tax-fraud probe. Hunter Biden secured meetings with top state-linked Chinese companies while repping Rosemont during trips to Beijing while his dad was veep, and one Rosemont affiliate allegedly received a mysterious $3.5 million payment from the wife of a Russian mayor, according to a Senate report.

The revelation of Person’s hiring, and close ties to Hunter Biden and Rosemont Seneca, come from emails contained in the hard drive of a laptop Hunter abandoned at a Delaware repair shop, the existence of which was first revealed by The Post. Previously reported emails from the laptop have shed light on Hunter Biden’s shady dealings in China and the Ukraine.

“I am very excited to have Anne Marie Person working here with me in the West Wing!! I think all of you know her from her work with Rosemont Seneca,” wrote then-Vice President Biden’s assistant, Kathy Chung, in a May 27, 2014 email to Beau, Hunter and Jim Biden and other members of the Biden clan.

Person, who served as a general assistant at Rosemont, appeared on emails with Hunter Biden and other Rosemont execs from at least 2009 until February 2014.

She regularly stayed in touch with Hunter after taking her new role in the White House in May 2014, even helping organize activities for Hunter’s daughter, Finnegan, when the girl tagged along on foreign trips.

Person made sure to give Hunter and other Biden relatives a head’s up when foreign officials came to the White House, or about official functions they might want to attend, such as the arrival ceremony for Japanese Prime Minister Shinzo Abe’s state visit in April 2015.

“Please let me know if you would like to invite any guests to join the ceremony,” she said.

There’s no evidence Person passed along any sensitive information which would have furthered Rosemont’s business interests, but her correspondence to Hunter Biden wasn’t her only link back to her former firm.

Michael Muldoon was with Rosemont from at least December 2009 to October 2011, emails show, before he left for a job with the United States Agency for International Development — an agency Rosemont’s clients frequently interacted with, the emails reveal. Hunter Biden and fellow firm executive Eric Schwerin were references for Muldoon’s USAID background check, emails show.

At least two companies Rosemont considered investing in or taking on as clients — Aqua Sciences and Karl Storz Endoscopy — were looking to cash in on USAID contracts for disaster relief following the 2010 Haitian Earthquake, according to hard-drive emails.

There’s another Person-Biden family connection: Anne Marie’s brother Francis Person worked as one of Joe Biden’s closest longtime aides when the sister was brought on board at the White House.

Rosemont Seneca has long figured prominently in Hunter’s various international business dealings, which his father has long claimed to know nothing about.

In April 2010, during his father’s vice presidency, Hunter Biden traveled to China as a representative of Rosemont Seneca, securing audiences with top Chinese officials from state-linked companies including the Postal Savings Bank, China Investment Corp., and Founder Group.

In 2017 Hunter Biden requested a set of Rosemont Seneca office keys for a man named Gongwen Dong, according to the emails. Dong has been identified in reports as the head of a Hong Kong investment firm, and was described by Hunter as an “emissary” for Ye Jianming, founder of Chinese energy giant CEFC.

Rosemont Seneca Thornton, another company linked to Hunter Biden, has also been accused of getting a $3.5 million wire transfer from Elena Baturina, Russia’s richest woman and the widow of Moscow’s famously corrupt former mayor Yury Luzhkov, according to a Senate report.

Anne Marie Person Muldoon told The Post she has not worked for either Joe or Jill Biden since 2017, and never fed the company any insider information while in the White House. Reps for the White House did not respond to a request for comment.