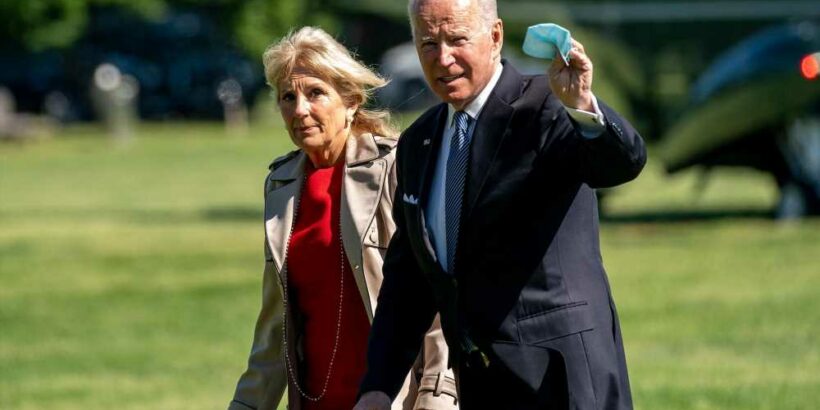 Biden calls out Manchin, Sinema in Tulsa speech despite their support

‘This was not a riot. This was a massacre,’ says Biden on 100th anniversary of Tulsa slaughter of black Americans

President Biden on Wednesday will make his 12th trip to Delaware since taking office to spend two nights at his beach house.

The trip to Rehoboth Beach will end a short work week for Biden, who returned to DC on Monday morning after spending most of Memorial Day weekend at his home in Wilmington, Del.

The trip was first reported upon notice of a Federal Aviation Administration notice restricting local airspace from Wednesday to Friday.

The White House did not immediately offer a comment on the trip.

Biden made his 10th trip to Delaware last week when he made a quick Tuesday night visit to pay his respects to the family of a longtime Senate aide who died recently.

The president made his first return trip to Delaware just 17 days after tearfully saying goodbye as he moved to the White House.

Biden grew emotional as he departed for his inauguration, saying, “When I die, Delaware will be written on my heart.”

The first couple’s relatively modest net worth of between $1.2 million and $2.88 million pales in comparison to the wealth of former President Donald Trump, who often spent weekends at his properties in Palm Beach, Florida, and Bedminster, New Jersey.

The proximity of Delaware to the White House means that the Bidens generally travel to the state via the Marine One helicopter, rather than in Air Force One.