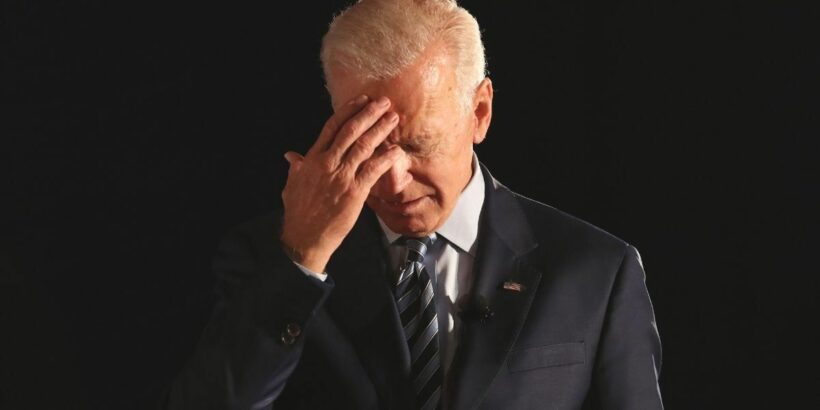 Speaking in Japan during his visit to Prime Minister Kishida Fumio, President Joe Biden announced the US would intervene and defend Taiwan in the scenario China attempted to take the island by force. In light of the comments, political analyst Joe Siracusa advised President Biden “to be very careful” about what he says next over Taiwan as he warned China will take every comment “very seriously” and the US is not in the position to win against Beijing.

Mr Siracusa said: “I saw some war games on zoom in Washington, but we can’t win.

“There’s no way to resupply American or allied troops in our ships in that area.

“And China would take over Taiwan and then make it very clear they’re Taiwan’s neighbours and that there is no existential threat to them, which is true.

“[China] can prove that because Taiwan is not in the United Nations anyway.

“And in the war games, you’d be interested that only two countries was coming to the aid of the United States.

“One was Japan and that’s because its troops would have been hit by Chinese missiles.

“And the other one was Australia.

“So in the crush, the Unites States could only count only on Japan and Australia to defend Taiwan, which is not defensible because we can’t win that war anyway.

“So [President Joe Biden] ought to be very careful what he says next because the Chinese take it very seriously.”

Assessing President Biden’s claim, he added: “I think the policy is changing.”

Mr Siracusa referred to the “One China”, a policy that sees the US acknowledging China’s position that Taiwan is part of China.

The US, however, has never officially recognised Beijing’s claim to the self-governing island.

In a statement following President Biden’s comments, a White House official said that the US position regarding the policy remained unchanged.

In light of the comments from President Biden, China immediately expresses its “strong dissatisfaction and firm opposition” to what was said by the US President and urged the US “to stop saying or doing anything in violation of the One China principle”.

China Foreign Ministry said: “We urge the US side to earnestly follow the One China principle and to be cautious in words and deeds on the Taiwan issue, and not send any wrong signal to pro-Taiwan independence and separatist forces, so it won’t cause serious damage to the situation across the Taiwan Strait and China-US relations”.