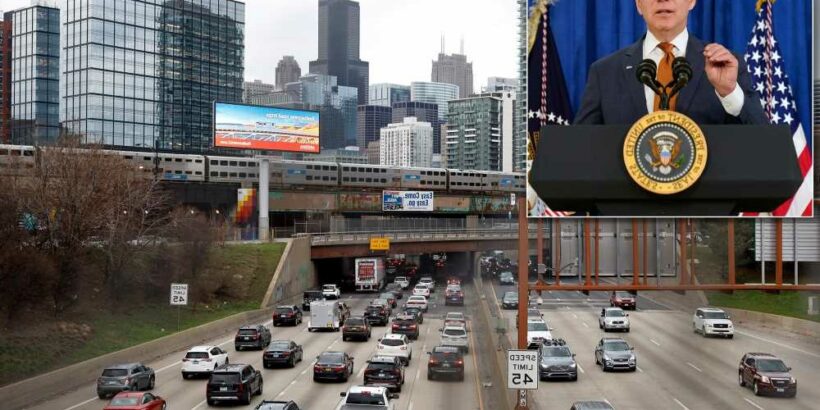 A rising ‘anti-racist’ menace and other commentary

How Biden is raising the minimum wage by the back door

President Biden nixed the latest Republican proposal for a federal infrastructure bill, dimming the chances of a bipartisan compromise on the president’s signature initiative.

The White House said Biden had spoken by phone with Sen. Shelley Moore Capito (R-WV), the GOP’s chief negotiator on the issue, but that so far it was no dice.

“The President expressed his gratitude for her effort and goodwill, but also indicated that the current offer did not meet his objectives to grow the economy, tackle the climate crisis, and create new jobs,” Press Secretary Jen Psaki said in a statement Friday.

Psaki added that the president planned to reach out to others senators for support, but that he would speak again with Capito on Monday.

Though negotiations continue, the two sides remain very far apart on the details. The latest proposal from Capito gave an additional $50 billion of spending on top of an existing $928 billion Republicans have already offered up. Biden is currently looking for $1.7 trillion (and has already come down from an opening demand of $2.3 trillion.)

In addition to the size of the spending package, the two sides have also offered sharply different visions of how to raise the money. Biden and fellow Democrats have sought to raise corporate taxes that were rolled back during the Trump administration — an idea Republicans have flatly rejected.

The GOP by contrast has suggested using unspent coronavirus relief funds as part of the plan, something Democrats have also objected to.

The impasse increases the likelihood Team Biden may ultimately try to proceed with their infrastructure plans without GOP support, a fraught and risky gambit given his party’s paper thin Senate majority.

The administration already blew past an original plan to get a deal in place by Memorial Day, and on Friday, Psaki cautioned against setting any hard deadlines.