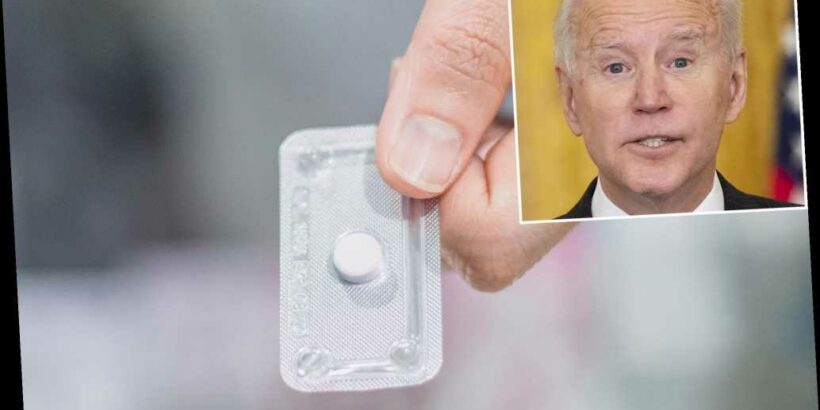 President Biden’s administration is mulling an order that could take the clinics out of the abortion equation in early pregnancy — and bring Roe v. Wade into the home.

Biden is facing mounting pressure from abortion-rights organizations to loosen federal restrictions on the morning-after pill, including a longstanding FDA rule requiring patients to pick up abortion-causing prescriptions in person.

“Burdensome restrictions on medication abortion … are not based in medical evidence,” a coalition of more than 50 groups, spearheaded by the American Civil Liberties Union, wrote in a letter to the president on Thursday.

Their demand to expand the use of telemedicine for abortion came just hours after outspoken abortion advocate Xavier Becerra won Senate confirmation as Biden’s Secretary of Health and Human Services on a 50-49 vote.

Meanwhile, the abortion rights group All* Above All took to social media to boost the lobbying effort.

“Outdated and unnecessary restrictions? No thanks,” the organization tweeted over the hashtag #SafeButStillObstructed.

Mifepristone, commonly known as the morning-after pill, has been legal in the U.S. for two decades — with restrictions. It cannot be legally obtained by mail order, and 32 states require a doctor’s prescription to get it.

Eighteen of those states mandate an in-person checkup as well, stressing the risks of taking the medication any later than the first 10 weeks of pregnancy.

The Supreme Court slammed the door on mail-order mifepristone prescriptions in January, after a district court judge in Maryland loosened the FDA’s restrictions due to the COVID-19 pandemic. But a regulatory change would make that decision — along with many state laws on chemical abortions — moot.