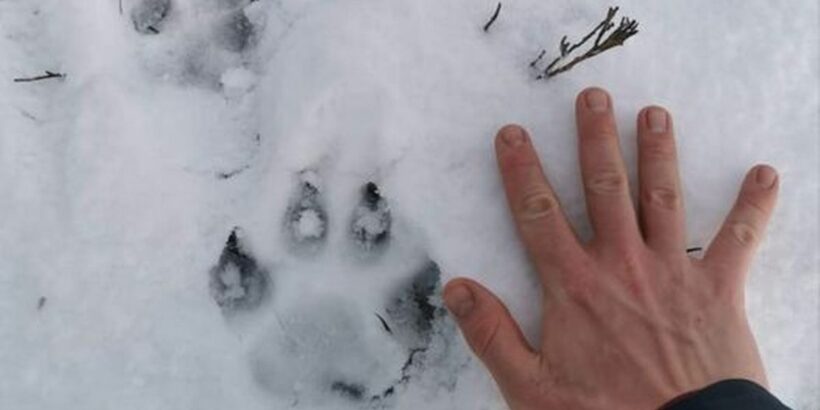 The fourth big cat sighting in two weeks has been reported in North Wales where "suspicious badger killings" remain a mystery.

In the latest sighting reported to Puma Watch North Wales (PWNW), a motorist claims to have spotted a puma at around 5.45 pm on January 3.

Chris was travelling eastbound on the A55 in Denbighshire when he claims he spotted the animal near the Rhaullt roundabout at the bottom of Rhault Hill.

He told the group: “I was driving towards Chester on the A55 and just before the Rhuallt Hill noticed a large animal sprint along the tree line.

“It was dark and I only saw for a couple of seconds as was travelling at speed, but the animal was also sprinting in the opposite direction towards the Rhuallt roundabout. “It was much larger than any domestic animal which is why it caught my attention.”

Just a few days earlier an alleged big cat was spotted on the A548 at Tanlan near Talacre in Flintshire at around 6.30pm on New Year's Eve, North Wales Live reports.

PWNW received a number reports, alongside two photos of large paw prints, sparking debates about what animal they belong to.

The witness said: "(I saw a) large cat roughly the size of a Labrador. On the road, where the road turns to a national speed limit." According to PWNW, the dark grey animal was only a couple of miles from recent "suspicious badger killings" and a few minutes along the coast road from Abakhan Fabrics in Mostyn, where there was another alleged big cat sighting on New Year's Day in 2015.

Two other recent sightings were 20 miles away in Pontybodkin, where a villager described seeing a "dog-sized" black cat.

A witness said: "Through the window that overlooks the field, I saw a cat-shaped, however dog-sized, full black figure run across the field towards the hedge/fence.

"I lost sight of it as there's a brow in the hill. It was sprinting across. "I could tell it was not a dog. I did have a look to see if there were any dog walkers, however there weren't any."

Another walker filmed what he claimed was a big black cat dashing in front of him on a lane near Pontybodkin in November, near the same site.

Sophie Van Neste, near Rhiwlas, Bangor, took a photo of a paw print in the snow on New Year's Eve which she believed was bigger than a dog's.