An unfortunate biker’s stunt has ended in disaster after he failed to make his landing after his flip and face planted onto the ground.

Todd Meyn, a biker for Nitro Circus, a travelling show where death-defying stunts are performed by stunt artists, was unable to land the huge front flip in front of the crowd, in Mildura, Victoria, Australia.

The painful footage shows him ride down the Nitro Circus mega ramp before embarking on the flip.

On landing back on the slope, he is then propelled over the handlebars of his bike and skids across the bottom prompting men from the sidelines to come to his aid. 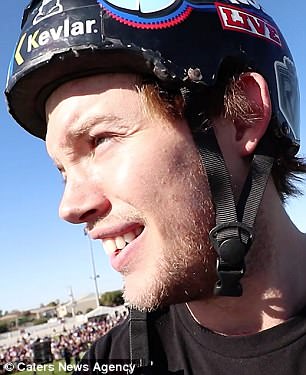 Todd Meyn, 26, at the beginning of tehn

26-year-old Meyn has been riding BMX bikes since he was 10 years old and confesses being part of the show means he lives a ‘very crazy lifestyle’.

Some of the crowd members can be heard asking if he’s alright before commenting that he needs a better helmet.

Todd, from Perth, said: ‘The show is a huge part of my life and every day something crazy is happening.

‘Luckily I was fine after the fall, just a little concussed.’

Nitro Circus was founded by a group of friends with a passion for ‘pushing the limits and having fun in the process.’

The fearless stunt group continuously ‘break boundaries in the name of innovation and adventure.’ 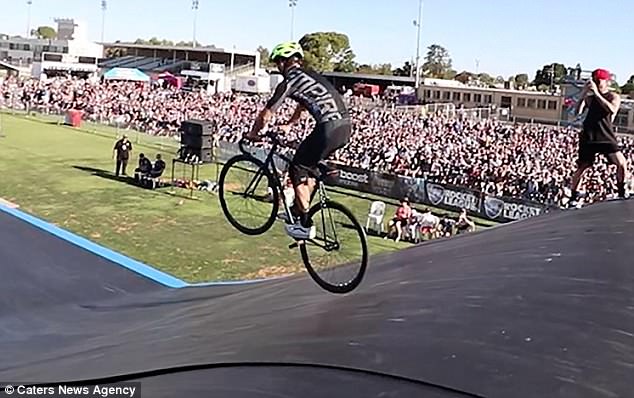 Todd Meyn, 26, can be seen beginning the daring stunt before it goes horribly wrong 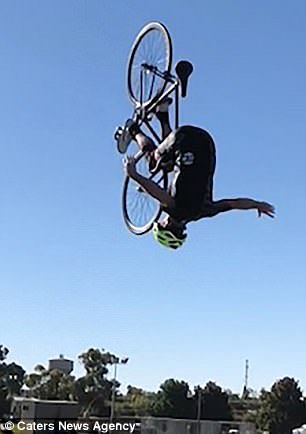 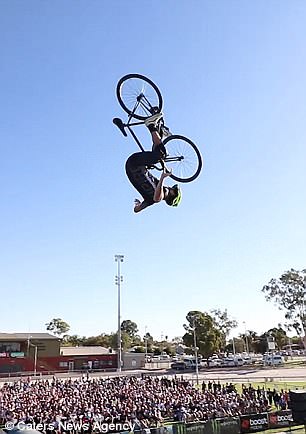 ‘I wanted to get back up and land the jump, but I had to wait till the following week because it was during a live show.

‘I ended up trying it the following week, landed it and then stepped it up with a frontflip with no hands.

‘I was pretty happy to say the least.’