This is the moment a discombobulated biker topples over after spinning around in circles on his ride.

The dizzy man ends up stumbling into a pole and falling over seconds after completing the impressive stunt.

Footage shows him loudly revving the bike’s engine as he spirals at a perilous low angle to the ground.

Thick black tyre marks can be seen appearing on the tarmac as the daring biker twists the vehicle in circles.

Smoke shoots out of its exhaust pipe as it repeatedly spirals.

The rider then lays down the bike on its side and hops off – but quickly realises he is too dizzy to walk. 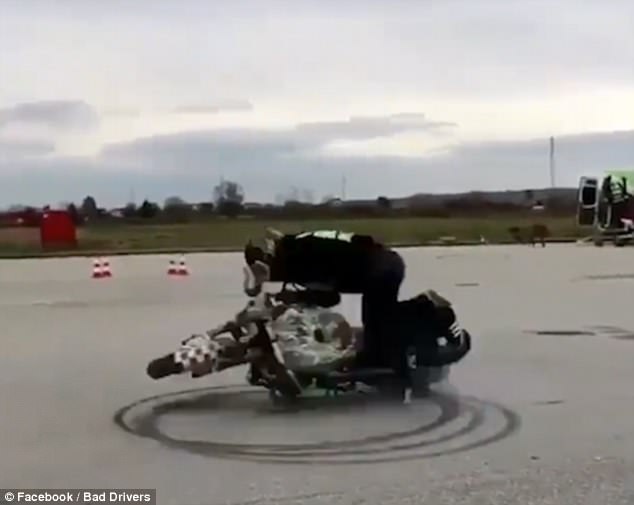 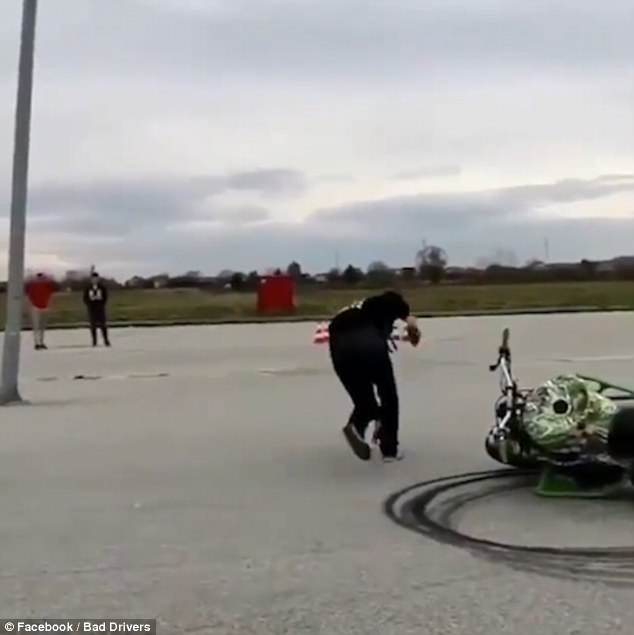 As he jogs away, he swerves to the left, narrowly missing a metal pole, and tumbles down.

His friends giggle and cheer him on as he flops around in a giddy state.

The clip, posted to the Bad Drivers Facebook page, has been viewed nearly 5,000 times.

It ends with the biker lying in a confused heap on the floor. 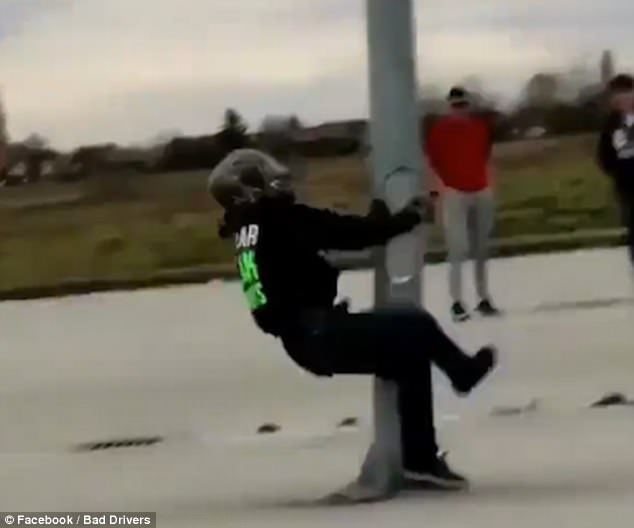 Narrowly avoiding a metal pole, he tumbles onto the tarmac in a confused heap 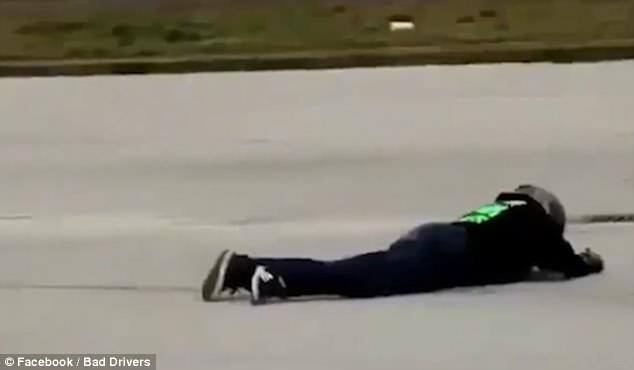