Police chased two speeding bikers that overtook cars on solid lines on one of the country’s most dangerous roads.

After bikers overtook the Derbyshire officers’ car and four more cars at a dangerous speed on the A5012 Via Gellia near Matlock they pursued them for two miles and stopped them.

The footage shows the bikers speed past the unmarked police car and continue on the winding road alarmingly fast. 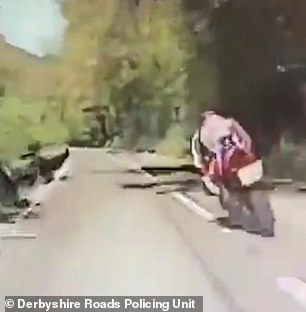 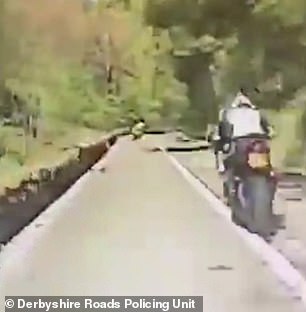 The police then follow the bikers and watch them overtake four more cars in the same risky way.

Police stopped them and have applied to get them disqualified from bike-riding.

When the case goes to court the request to disqualify them will be looked at and decided on.

Derbyshire Police tweeted footage of the chase with the caption:

‘A pair of dangerous bikers overtaking one of our unmarked cars on solid white lines and do same 4 more times.

‘A short clip from the two-mile horror show. Blue lights and siren on, oblivious we were behind. Stopped, disqualifications applied for.’

People responded to the video shocked at how dangerous the bikers were being. 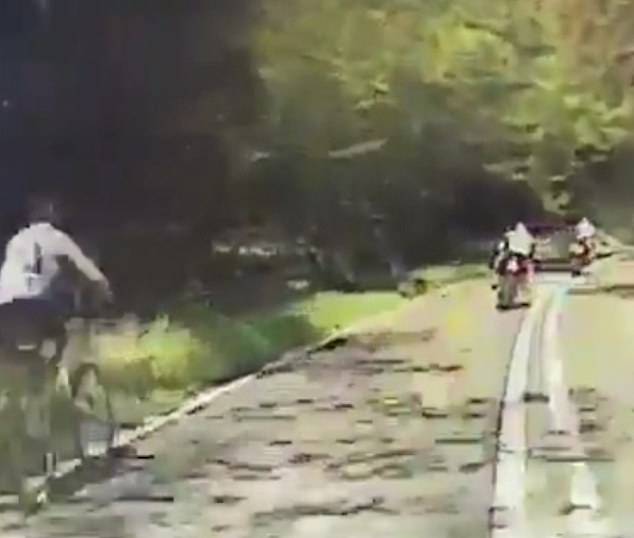 Steve McQueen said: As a biker myself this is personally my pet hate.

‘In this instance there is absolutely no excuse for it.

‘I’ve even been passed from behind by people I’m riding with who think it’s ok.

‘Due to the much better visibility and manoeuvrability of a bike it can be tempting but a no go.’

Andy Webster said: ‘Absolute madness, the few giving the many a bad name.

Harry Palmer spoke about how dangerous the road is.

‘P.S. for anyone who doesn’t know the Via Gellia on a good day it is bad, at these speeds doing those manoeuvres it is death waiting to happen,’ he said.

The A5012 Via Gellia was classified as one of the most crash-prone roads in the country by the Road Safety Foundation because of its sharp bends and narrowness. 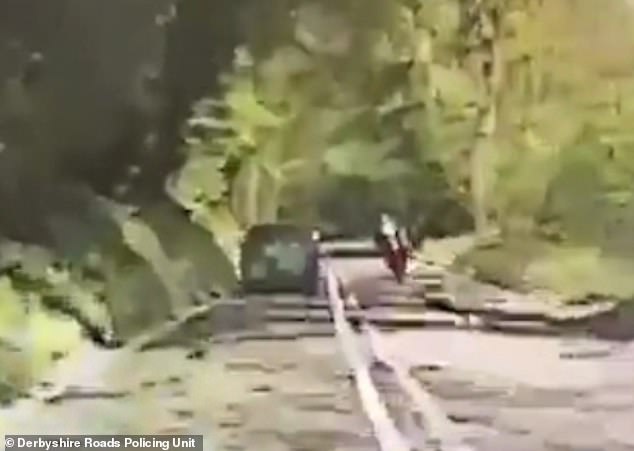 The police stopped the bikers