Bill and Hillary Clinton have been forced to resort to selling half price tickets for their 13-city tour on Groupon in a desperate bid to put bums on seats.

The former president and first lady launched their tour in a Canadian hockey arena last Tuesday to an underwhelming crowd and swaths of empty seats.

Ticket prices were plummeting shortly before the event, with the cheapest seats selling on Stubhub for single-digits –  $6.55 Canadian Dollars, or less than $5.

Now the couple are taking drastic action to avoid another embarrassment on the next stop on their An Evening With the Clintons tour.

They have slashed tickets by up to 60 per cent, and even offered them on Groupon, to try and entice more fans to come and listen to them speak. 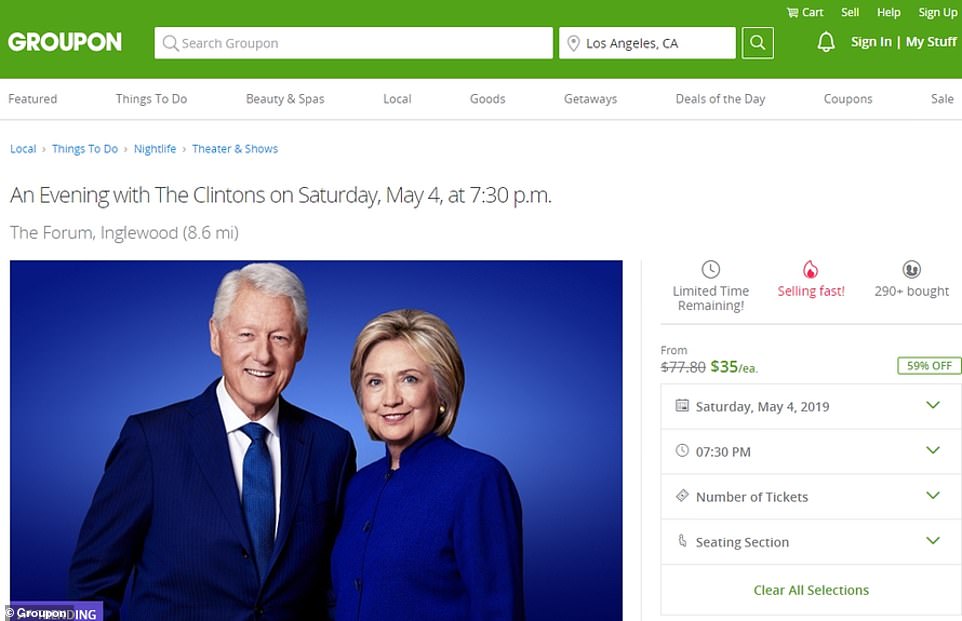 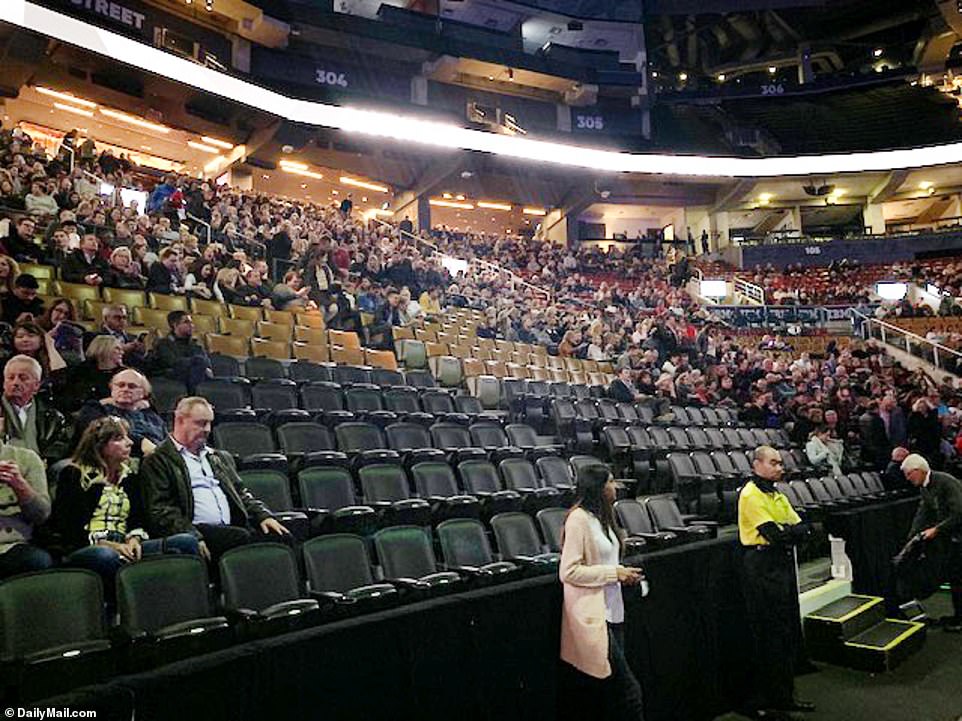 Sources said about 3,300 bought tickets to last week’s kick-off event, but there was room for plenty more in the hockey arena just minutes before the lights dimmed 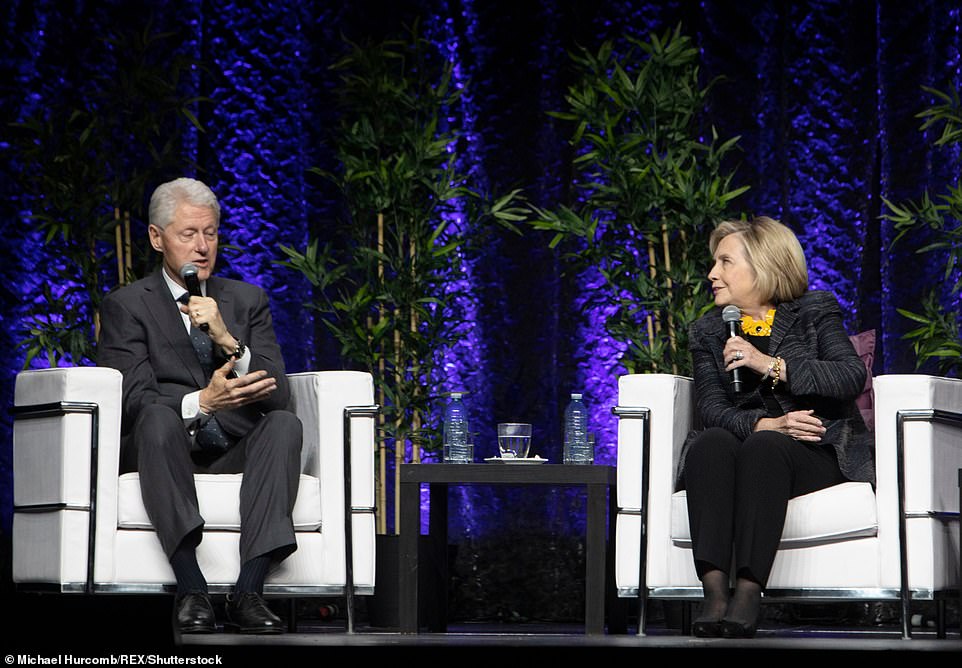 The Clintons, pictured at last week’s event ‘An Evening with the Clintons’ in Toronto

On the official site, there were still seats for the tour available for up to $325, with other floor seats going for $83 plus a hefty service charge, but on Groupon, they can be picked up for as little as $35.

The tour is currently on a break for the holidays and reconvenes in New York on April 11, 2019, before moving on to nine other cities including DC, Boston, LA and Las Vegas.

Despite the site telling customers that ‘tickets are selling fast!’ with ‘limited time remaining,’ it appears that less than 450 discounted tickets have actually been sold

A Groupon deal for the Clinton’s talk is for the liberal stronghold of Los Angeles where one would imagine the political power couple should be able to pull in the numbers.

New  York Times columnist wrote in an op-ed that it was ‘curtains for the Clintons’: ‘I’m still looking at large swaths of empty seats — and I cringe at the thought that the Clintons will look out and see that, too. It was only four years ago, after all, that Canadians were clamoring to buy tickets to see the woman who seemed headed for history,’ Dowd wrote.