‘The first space kingdom has been born’: Billionaire swears himself in as the head of utopian space kingdom that plans to attract 150m citizens, join the UN and colonise the galaxy in ‘arks’

It sounds appealing given the state of politics on Earth: a plan to launch a utopian ‘space nation’ with the aim of transcending earthly divisions.

At a lavish ceremony in Vienna’s Hofburg Palace on Monday, some 200 attendees inaugurated Russian-Azerbaijani scientist and businessman Igor Ashurbeyli as the first ‘head of nation’ of Asgardia, named after a realm in Norse mythology.

Ashurbeyli has been the driving force behind the concept, announcing the creation of Asgardia two years ago.

According to Ashurbeyli, Asgardia’s citizens now number some 200,000 across the world, drawn by a vision of ‘space politics’ over geopolitics. 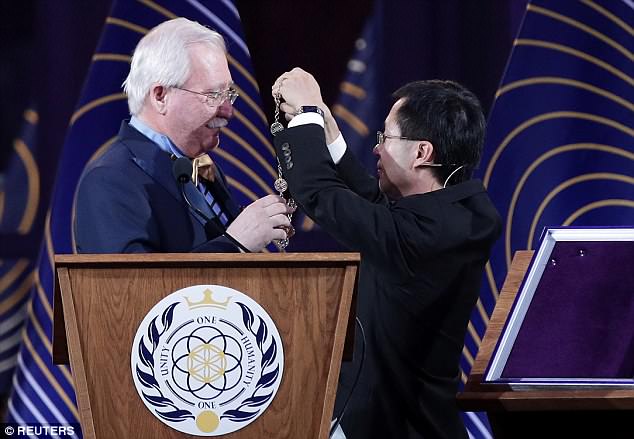 Ashurbeyli has been the driving force behind the concept of a space nation, announcing the creation of Asgardia two years ago

The aim is to get the ‘most creative’ members of the human race – which Ashurbeyli estimates at roughly two percent of the world’s population, or some 150 million people – to sign up.

Space is the only arena left to humanity to escape environmental degradation and a ceaseless arms race, according to Ashurbeyli.

On Earth ‘your field of vision is limited to your elevation,’ whereas space would allow people to have a ‘three-dimensional picture’ of their problems, Ashurbeyli said.

He admits that utopia won’t come cheap. So far he has funded the project with his own money and that of some other private donors. 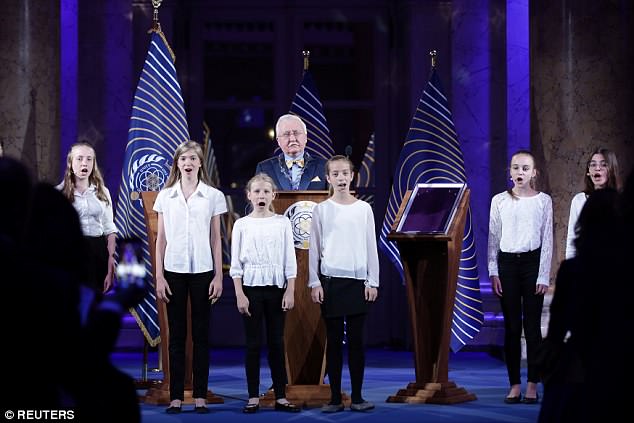 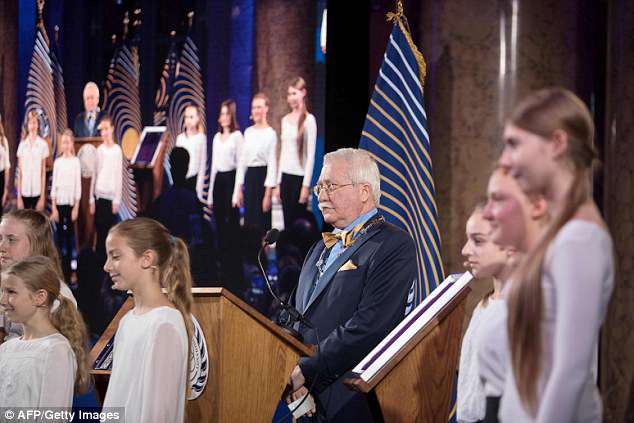 According to Ashurbeyli, Asgardia’s citizens now number some 200,000 across the world, drawn by a vision of ‘space politics’ over geopolitics

But in the future, Asgardians will all be expected to pay an annual ‘citizenship fee’ of 100 euros as well as income and business taxes.

He plans to apply for UN recognition and said he has had ‘informal contacts’ with some countries to form bilateral ties, but that he could not name them.

As to the physical difficulties of putting human beings in space, Ashurbeyli claims he can build on his own scientific experience to enable permanent human settlements on the Moon within 25 years.

But for now Asgardia already has a flag, a constitution and an anthem with a ‘digital currency’ to follow soon, the ‘solar’. 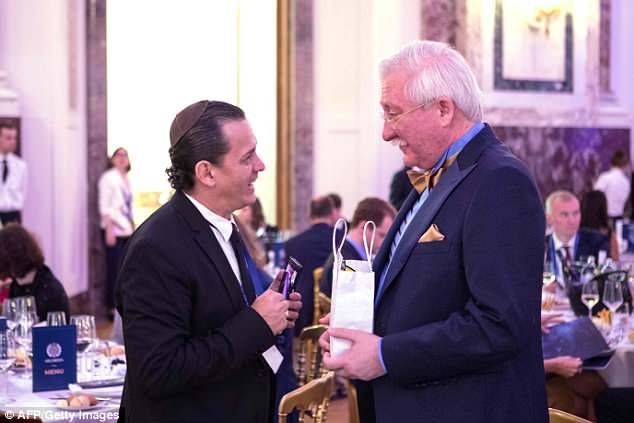 Ashurbeyli was officially sworn in by former British MP Lembit Opik, who was made head of Asgardia’s parliament by his fellow MPs on Sunday.

They in turn have been elected by their fellow Asgardians in online polls.

Opik is confident Asgardia can transcend the divisions of Earth-based politics and points to the example of his friendship with Nigel Evans, a current UK lawmaker and now an Asgardian one too.

They may be poles apart when it comes to British politics but they’re both fully on board with the vision for the new space nation.

What is the first ‘space kingdom’?

Asgardia is the first ‘space nation’ – with a name that comes from the city of the skies ruled by Odin from Valhalla in Norse mythology.

It was founded just 20 months ago, and it already has about 200,000 citizens, a constitution, a flag and an elected parliament.

It also has a leader, Russian-Azerbaijani billionaire Igor Ashurbeyli, who was inaugurated on Monday.

He described as ‘a fully-fledged and independent nation, and a future member of the United Nations.’

The Asgardia Project Team is led by Ashurbeyli, a scientist and founder of the Aerospace International Research Center (AIRC) in Vienna.

By creating a new space nation, the experts behind the project hope to develop future space technology free from the restrictions of state control.

Alongside its announcement, Asgardia opened up applications for virtual citizenship via its website.

Asgardia has also launched its first satellite – Asgardia-1 – which travelled to the International Space Station last year with the Orbital ATK Cygnus spacecraft, and remained there until it deployed to low-Earth orbit in December.

One of Asgardia’s first projects will be the creation of a protective shield to protect humankind from space debris, including asteroids.