Buffalo Bills safety Micah Hyde addressed the tense moment in the media room earlier this week, telling reporters via Zoom "damn right I'm a sore loser" when he met with them on Wednesday.

Hyde and Bills safety Jordan Poyer were answering questions after a 14-10 loss to the New England Patriots on Monday night when they engaged in a terse back-and-force with a local TV reporter and columnist. The moment quickly spread through social media.

The duo was asked by Jerry Sullivan if they were "embarrassed" to lose to a team that attempted only three passing plays, the first time that's happened in the NFL since 1974. They took exception to it and Hyde told Sullivan "that's funny. We'll remember that." He continued to speak to Sullivan as he left the podium.

In his first meeting with the reporters after the game, Hyde went back to it when describing the frustrations the team feels in failing to string together wins.

Micah Hyde on not being able to string together wins: "Damn right I'm a sore loser. Show me a sore loser and I'm gonna show you a winner. We want to win everybody in this locker room should be a damn sore loser. We're trying to do stuff right, trying to fix our weaknesses." pic.twitter.com/AU1i7d2APe

"This even goes back to the postgame stuff," Hyde told reporters, via video by News4Buffalo's Heather Prusak. "Damn right I'm a sore loser. Show me a sore loser and I"m going to show you a winner. We want to win. Everybody in this locker room should be a damn sore loser."

The Bills (7-5) have not won back-to-back games since early October when they closed a four-game winning streak. The loss to the Patriots (9-4) in a primetime showcase was particularly painful for the fanbase. Quarterback Tom Brady's exit from the AFC East was viewed as the Bills chance to finally take control, but instead they're in the last wildcard spot and nearly on the bubble. 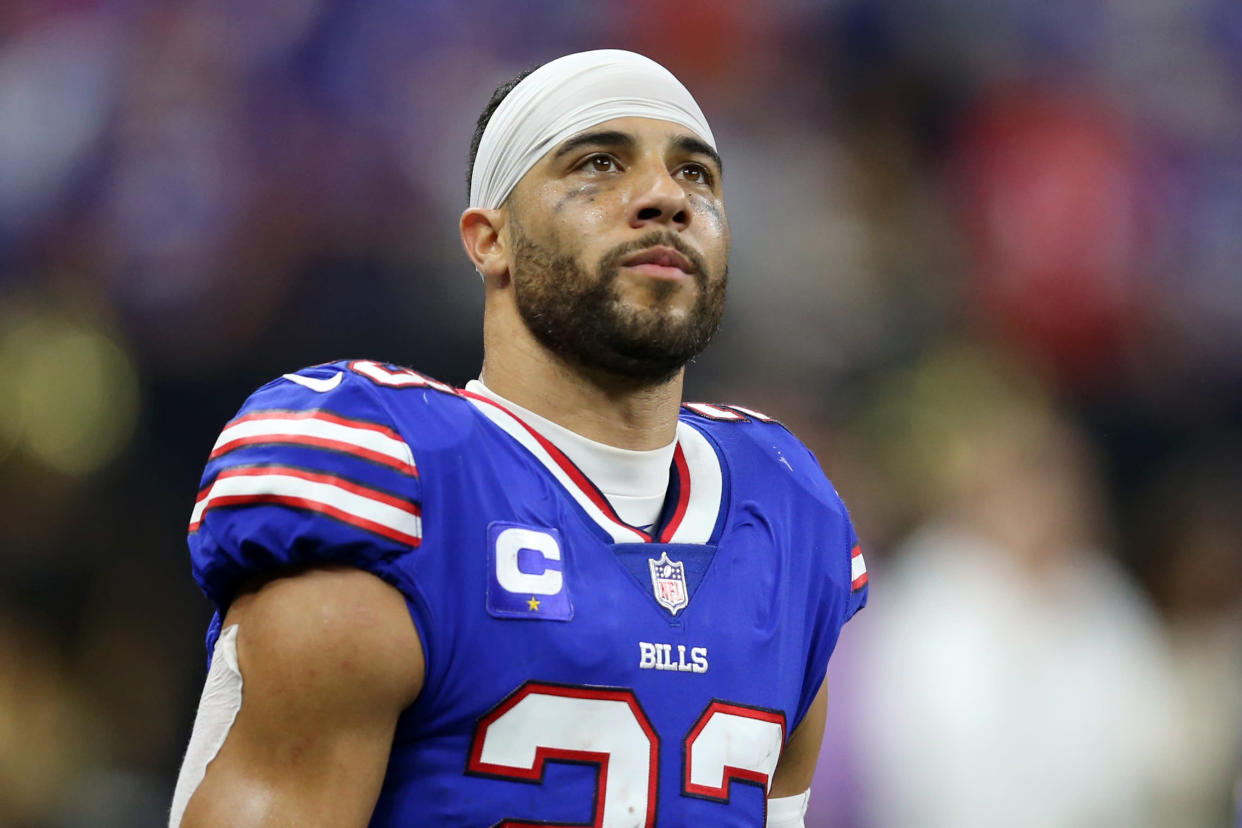 Hyde explained that he felt in the moment there wasn't a level of respect for the players or team with how Sullivan asked the question. Via New York Upstate:

“I respect the s*** out of you guys," Hyde, 30, said. "And then when something like that happens after a game I expect more. Maybe I’m naive. Maybe I shouldn’t. I hold you guys to a higher standard just like you guys hold me.

“I’m never gonna attack you guys. My mom taught me better; my home town taught me better. … I really do appreciate you guys. I know your guys’ role in this whole situation. You guys are trying to get your job done and feed your family, just like I am. When it comes down to it we all gotta respect each other, and that’s all I care about in this situation.”

The Bills will face Brady and the Tampa Bay Buccaneers on Sunday as 3.5-point underdogs at Bet MGM.