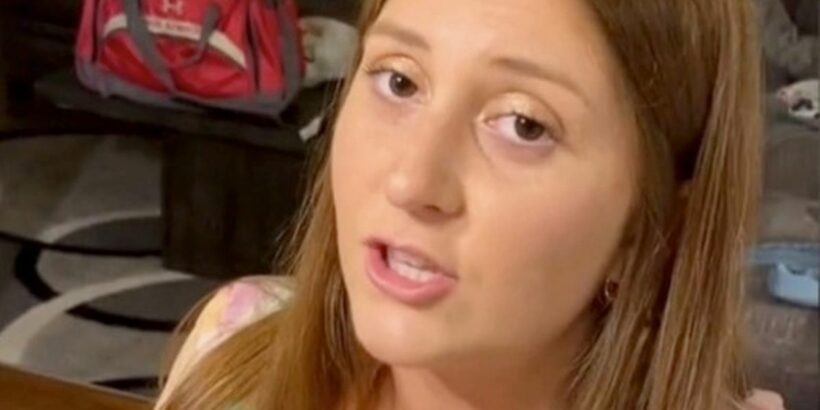 A female who sent a seemingly innocent birthday message to her male pal received an unhinged response from his suspicious "psycho" girlfriend.

The woman who received the message took to TikTok to reveal the detail, wherein the other woman even drags her appearance.

Reading it out loud, she says on video: "You know me well enough to know I don't play.

"This is the last time I'm going to try and nicely talk some sense into you.

"I know you're probably desperate for male attention, as I would be too if I looked like you, but my man is not an option."

The girlfriend supposedly went on to say her man is "happily with" her and that they have their own "little family" and a house together.

Continuing to read the message, she says: "Attempting to home wreck is embarrassing.

"Your best bet is to delete his number and pretend you don't know him.

"Walk into a place and he happens to be there? Better walk right back out if I were you."

The poster's friends can be heard and seen laughing about the ordeal in the background as she reads.

The sender apparently asked the other woman to save the message as a reminder.

But some commenters were convinced that we were only getting one side of the story, and indeed, one person claiming to be the message sender commented on the clip and said she has a long and unhappy history with the woman she sent the message to.

She also claimed that the woman would constantly message her boyfriend.

On the original video, she wrote: "100 percent not the full story but I said what I said [girlfriend]."