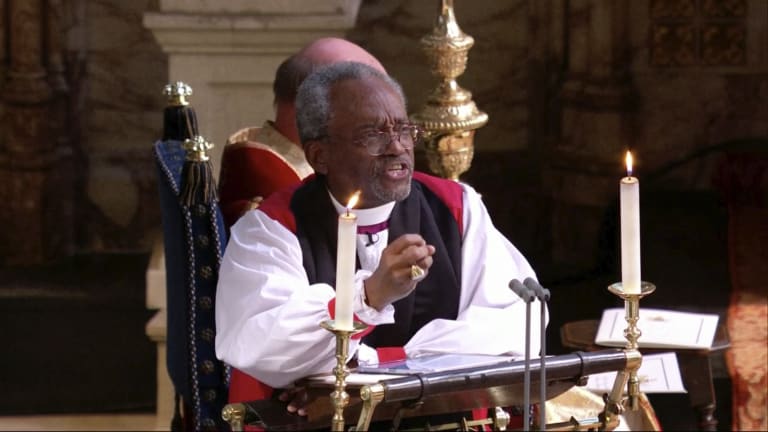 He was elected head of the Episcopal faith in conservative Utah but defends the rights of LGBTI people to marry in church.

A graduate of the prestigious Yale Divinity School, he went on to write a book called Crazy Christians.

The Right Reverend Michael Bruce Curry –  the US bishop who transfixed the world at the Royal Wedding – is a man of contrasts.

Born in Chicago in 1953, he attended public schools in New York state, entered the priesthood in North Carolina in 1978 and rose through the ranks to become a bishop in 2001.

In 2015, he became the first black president of the Episcopal Church.

"Love is the way!" he preaches on his Facebook page, the same message he delivered to the churchgoers at Prince Harry and Meghan Markle's wedding on Saturday.

The day before the wedding, when was asked if it would be a historic occasion, he said yes and no.

"But it isn't in another sense, because the truth is – and this is what we celebrate tomorrow in a marriage – we were all created by the same God. And that God created us because as the Bible says, God is love."

His message of love embraces types that Christianity has traditionally disdained.

The US Episcopal Church is one of two Anglican churches in the world to allow same-sex marriage and Bishop Curry has argued for greater inclusion of people from different backgrounds.

"We believe that, as the New Testament says, 'perfect love casts out fear'," he wrote in a letter in 2016. 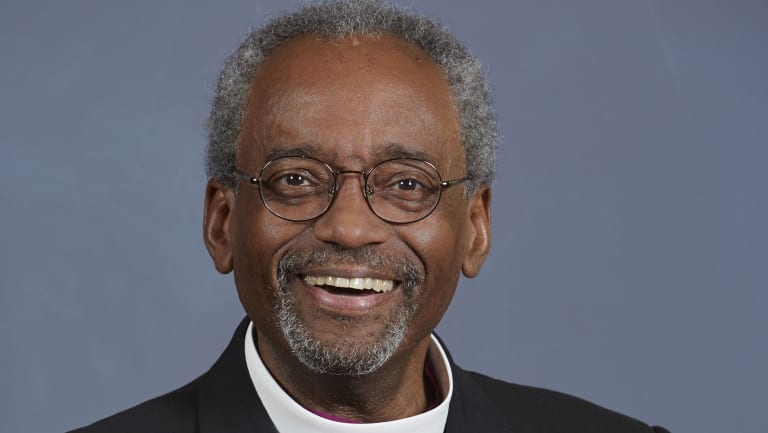 The Most Reverend Michael Bruce Curry, the 27th Presiding Bishop and Primate of The Episcopal Church.

"When we are born anew through baptism, we promise to respect the dignity of every human being. Today, transgender people and, indeed, the entire LGBT community, need us to keep that promise."

Bishop Curry is married himself, to Sharon Clement, and has two daughters.

His role on Saturday was a departure from previous British royal weddings, in which the sermons are delivered by a Church of England priest.

As a billion viewers around the world learned, his passionate style was an even greater departure.

But this was not Bishop Curry's first royal recognition.

Queen Elizabeth appointed him in 2015 a serving brother of the chivalric Order of St John, the mission of which is to "prevent and relieve sickness and injury, and to act to enhance the health and well-being of people anywhere in the world".

According to his church biography, he co-ordinated efforts to raise $400,000, which paid for malaria nets that saved more than 100,000 lives.

He wrote in his book that being a Christian was not about church attendance or being a "nice person" but rather dedicating ones life "to change the world from our nightmare into God’s dream.”