Rescue crews scrambled to save the man who had managed to climb up the 45ft-high post in Birmingham. 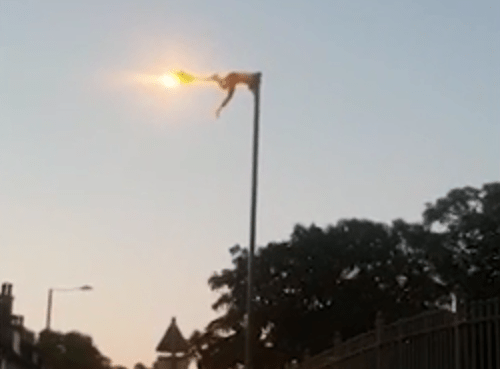 Worried onlookers dialled 999 after the man was seen up the lamppost near Handsworth park at 9.50pm on Saturday.

Photos show the man clinging to the light as firefighters used extendable ladders and a hydraulic platform to reach him.

He was finally rescued an hour later and taken to hospital at around 11pm. 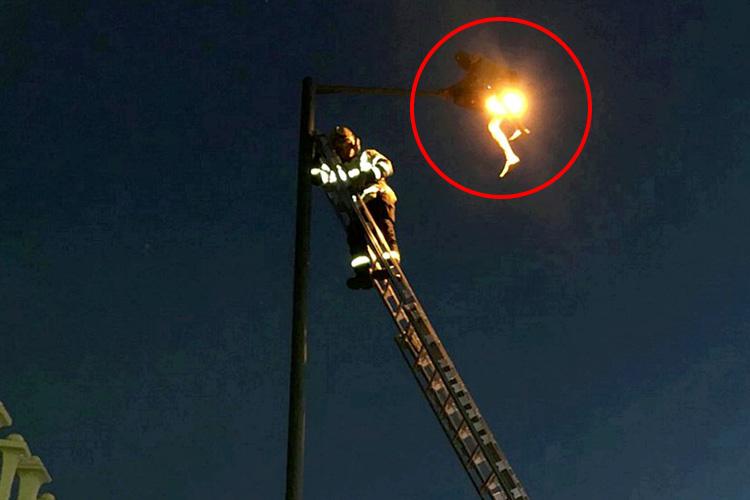 "The HP crew from @HighgateFire got there just in time.

A spokesperson for West Midlands Police said: "We were called to reports of a man up a lamppost in Handsworth at around 9.50pm. 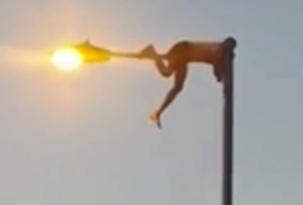 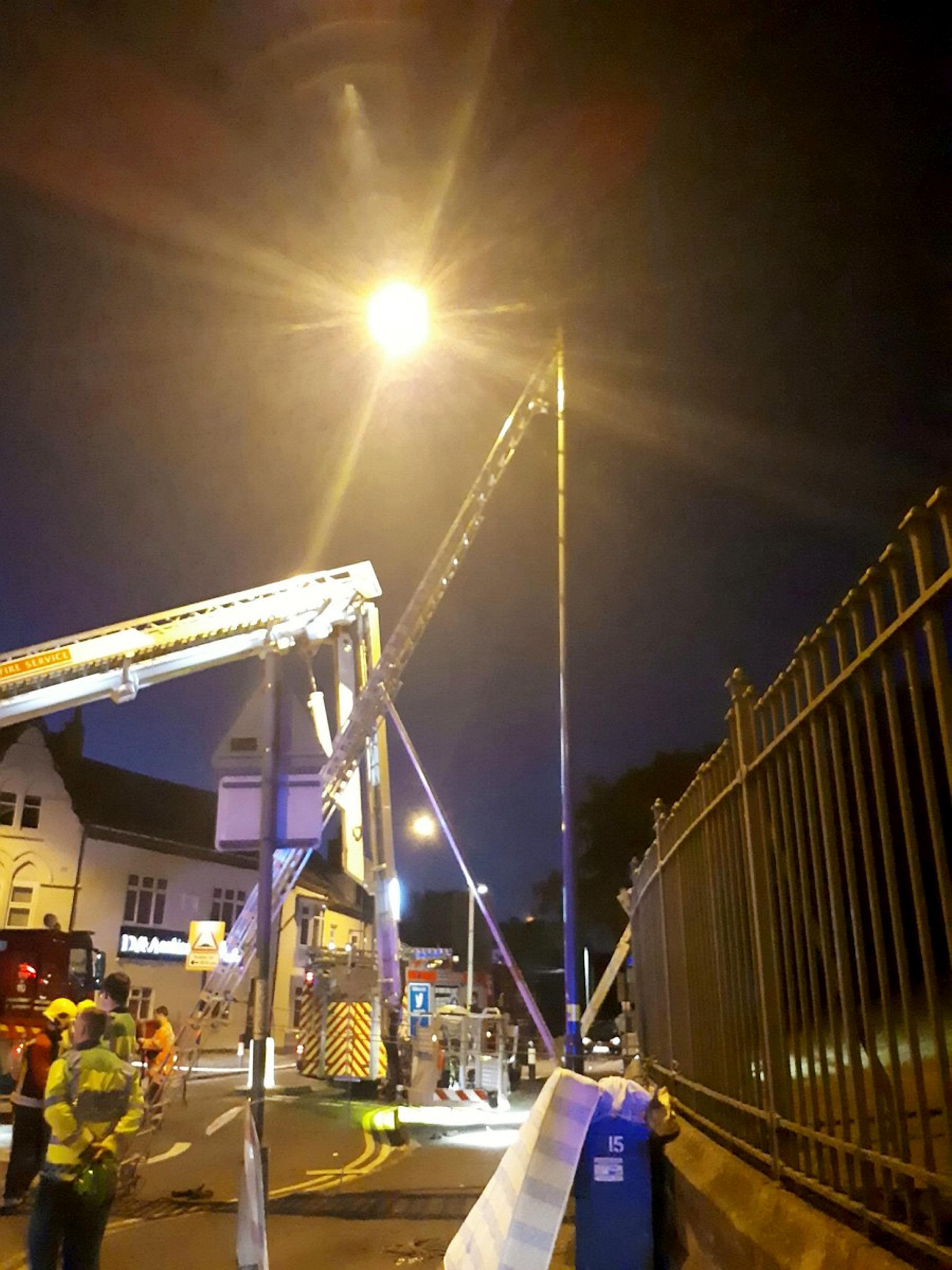 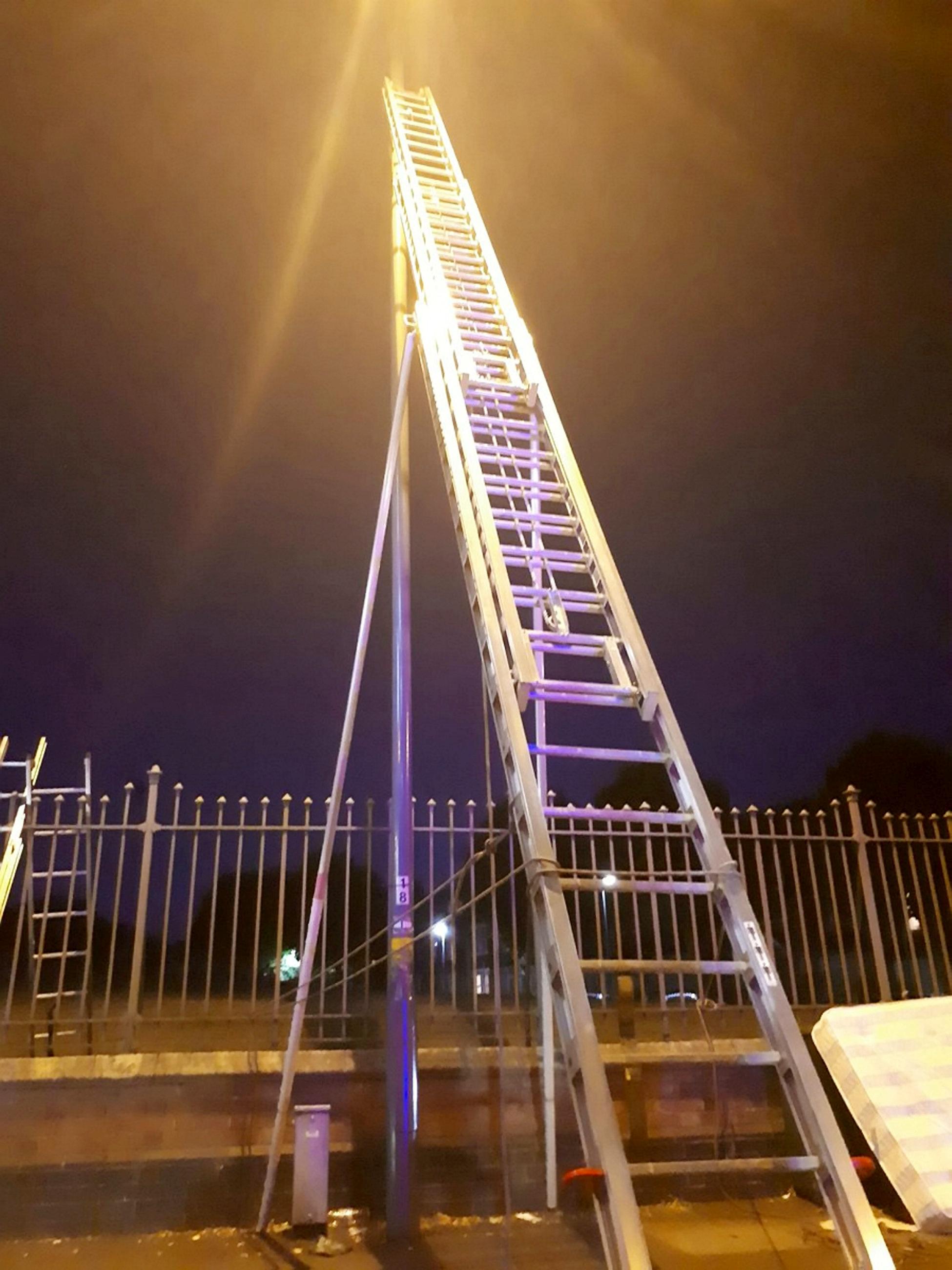 "He came down and an hour later was taken to hospital."

Locals took to social media to share images of the incident.

One user, @Collingwodmatt, tweeted: "I thought he was changing the light bulb."