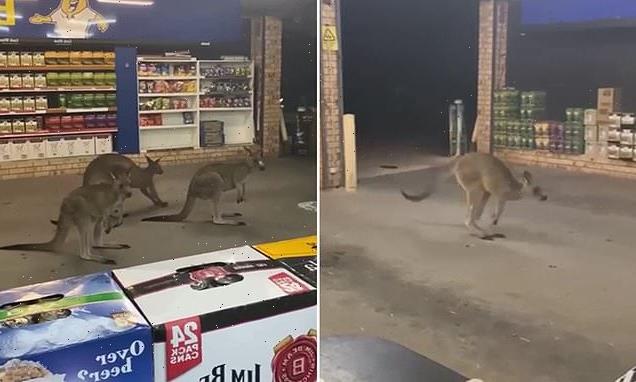 What roo looking at? Three kangaroos hop into drive-thru booze store in Australia

A bottle shop had some unusual Aussie customers as three kangaroos hopped on through a Bottlemart drive-thru.

The kangaroos visited the Sussex Inlet Bottlemart on New South Wales’ south coast after dark, presumably looking for something to quench their thirst after a hard day.

The Aussie icons appeared to be very comfortable in the human environment as they casually hopped their way through the bottle shop. 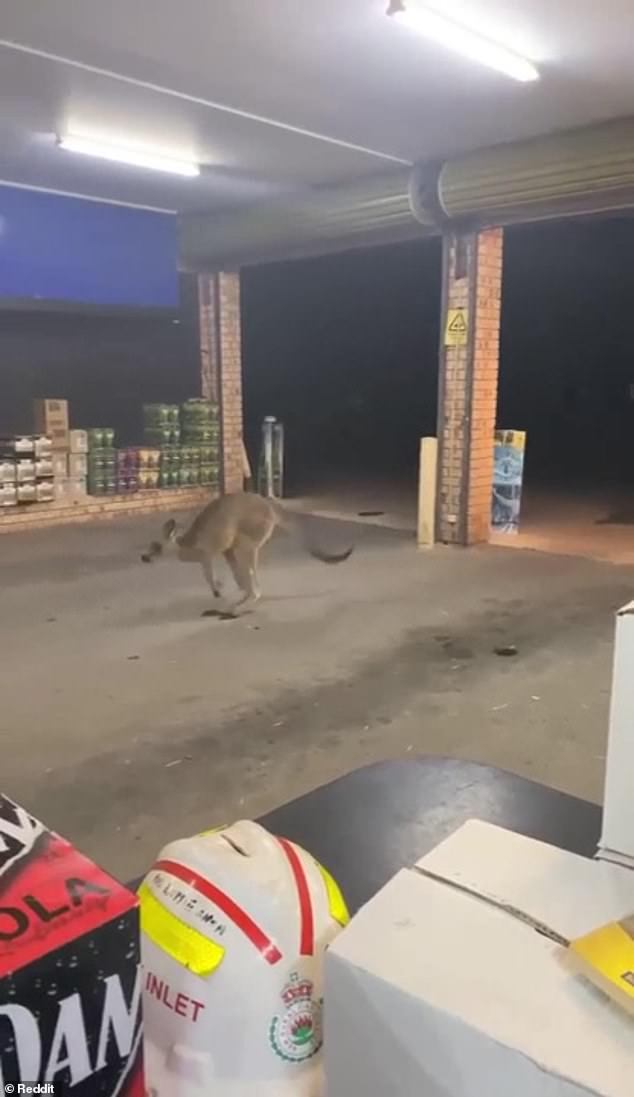 The kangaroos causally hopped on through the Bottlemart drive-thru in Sussex Inlet, NSW

The public took to the comments as they speculated what the furry customers would have ordered.

‘G’day mate, grab us some of that extra hoppy IPA and chuck it in me pouch, cheers big ears,’ one commented.

‘We’ll have a couple of Caroonas thanks,’ wrote a third.

‘They were trying to return their craft beer. Apparently it wasn’t hoppy enough,’ one wrote.

One user questioned whether the kangaroos were even eligible to be served alcohol.

‘Hope you checked their IDs some of them looked like Joeys,’ queried one.

Others were more concerned about what they might have already drunk and how they’d carry more.

‘Better hurry up n serve ’em mate they’re obviously on the rum and likely to get punchy,’ they wrote.

‘Can they fit a six pack in their pouch?’