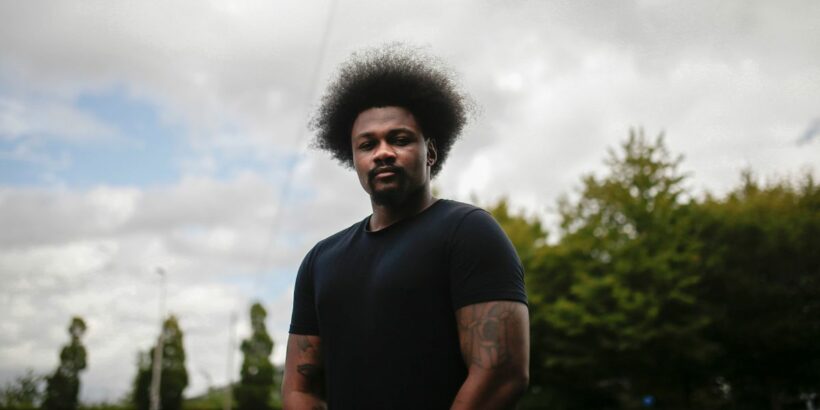 A black contractor was told he looked like he had "put his finger in an electric socket" while at work.

Former Sony contractor Terrelle Graham said the comment was made to him by a Currys PC World employee at a shop in Cribbs Causeway, Bristol.

Dixons Carphone – which owns Currys PC World – said that they launched an investigation after Mr Graham shared his experience with them, Bristol Live reports.

Mr Graham recorded the incident, which he said happened on June 22 this year. He was later asked if he could sing a song by the rapper Afroman.

Mr Graham said he worked as a representative for Sony between October 2019 and September 2021 at both Currys PC World and John Lewis at the Cribbs Causeway shopping centre.

He claims he was moved to the latter after raising concerns of racism at Currys PC World.

Mr Graham insists racial comments involved a handful of different people and continued off-camera during the two years he worked for Sony.

The 26-year-old also claimed someone at John Lewis tried to get him removed by saying he was "angry", "confrontational" and "intimidating", before adding these are typical labels given to black men when they defend themselves.

John Lewis said in a statement: "John Lewis has a zero-tolerance approach to racism and we're really sorry to hear about Terrelle Graham's experiences.

"We have started an immediate investigation."

Mr Graham claimed: "It (the alleged racism) started within the first few months of being there and it became more frequent.

"I was trying to get some clear evidence to say 'this is what is going on in your stores'.

"If I continued to endure the abuse in silence, I’d still have a job.

"I should have never been removed from the store – it should have been the employees who were sacked and then removed, to improve that work environment so that I'd feel more comfortable working in there."

A Dixons Carphone spokesperson said: "We do not condone or accept discriminatory behaviour of any kind, and we take our responsibilities as a diverse and inclusive employer extremely seriously.

"The language and behaviour experienced by Mr Graham are in no way representative of our values as an organisation.

"When he shared his experiences with us, we undertook an investigation with those concerned, and action was taken in line with our company policies with the colleagues involved."

Sony UK and Ireland said in a statement: "We take any claim of discrimination extremely seriously.

"We embrace diversity and firmly believe in equality for everyone, regardless of race, gender, age, ethnicity, religion or sexual orientation.

"We have been made aware of the issues raised by a contractor employed as a store promoter at a retailer site and are conducting a full review."

Mr Graham said he was let go when recruitment firm Hays terminated his assignment on behalf of Sony after being told they could not find a store for him to work at.

Hays said in a statement: "We are aware of the allegations of racism made by a candidate.

"The allegations of racism do not relate to any activity by Hays.

"At the time of the allegations, we followed the correct processes to protect the candidate’s welfare and worked with the other associated parties to ensure the matter was investigated.”