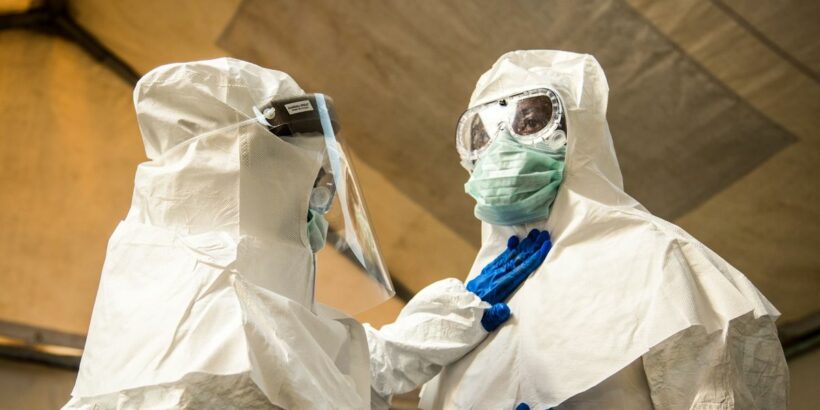 At least 11 people have died in an outbreak of the Black Death in the Democratic Republic of Congo, reports say.

People are being urged to wear masks and staying away from corpses amid the surge in the deadly disease which caused the most fatal pandemic in history.

Near-daily deaths with at least 15 cases of the bubonic plague have been recorded in Ituri province's health department, the Express reports.

There are fears the death toll may be higher as the northeastern province's data only covered April 23 to May 8.

"The report shows 15 cases including 11 deaths so far. The first case was that of a lady who had died in the Fataki health zone in the Bukachele health zone.

"A week later, on April 30, a 30-year-old man also died after showing the same symptoms.

Dr Tshulo added: "We were alerted when there were already five deaths in this health area in the same family.

"Afterwards, there were two people who had gone to the burial place in Bukachele who, on their return, became ill and died in Bule."

On May 19, health teams recorded four more deaths – two in Bukachele and two in Bule.

They included a traditional medicine practitioner who had treated other victims before falling ill.

Four people with similar symptoms are currently being treated in health facilities, including two in Bule and two in Bukachele, Tshulo said.

People living in Fataki and Djugu have been urged to wear masks, observe social distancing, and avoid the handling of corpses, according to the Express.

Bubonic plague has been reported in Ituri since last year with the country also battling a devastating Ebola epidemic in recent years.

It was known as the "Black Death" in the Middle Ages and is a highly infectious often fatal disease that is spread mostly by rodents.

The latest outbreak in Ituri saw with 461 cases and 31 deaths recorded in eight health zones, the Independent reports.

Bubonic plague is fatal in 30-60 percent of cases, while the pneumonic kind is always fatal, if left untreated.

It is spread through the bite of infected fleas, whereas pneumonic plague, the most contagious form, develops after a bubonic infection.

The World Health Organisation describes the symptoms as "flu-like", with one to seven days between incubation and the symptoms emerging.

Bubonic plague was also known as the Pestilence, the Great Mortality in medieval Europe, when it wiped out up to 200 million in the continent and northern Africa.

It took around 300 years for global populations to return to pre-plague levels after the outbreak in the 14th century which also saw mass killings of Jews and lepers who were blamed for the disease.