George Floyd died on May 25 after a white police officer, named as Derek Chauvin, knelt on his neck for several minutes. Chauvin has since been charged with third-degree murder and second-degree manslaughter. In the wake of the death of Mr Floyd, who was heard saying “I can’t breathe”, mass protests – both peaceful and violent – have broken out across the US.

On Monday, June 1, an independent autopsy found the unarmed black man’s death was a homicide and that he died of “asphyxiation from sustained pressure.”

Ben Crump, the Floyd family’s attorney, said he was essentially “dead on the scene”.

Multiple videos posted on social media has shown Chavin’s knee on Mr Floyd’s neck, while other officers are kneeling on his back.

In total, Chauvin’s knee was on Mr Floyd’s neck for eight minutes and 46 seconds, where he was unresponsive for two minutes and 53 seconds. 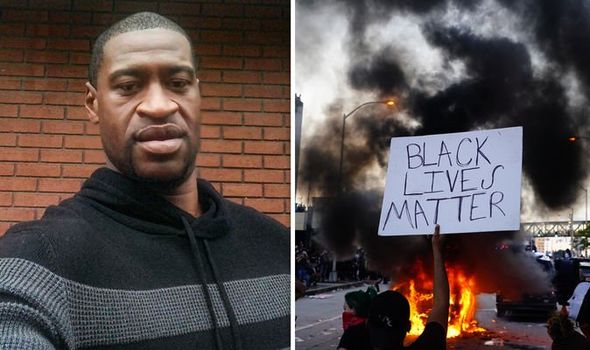 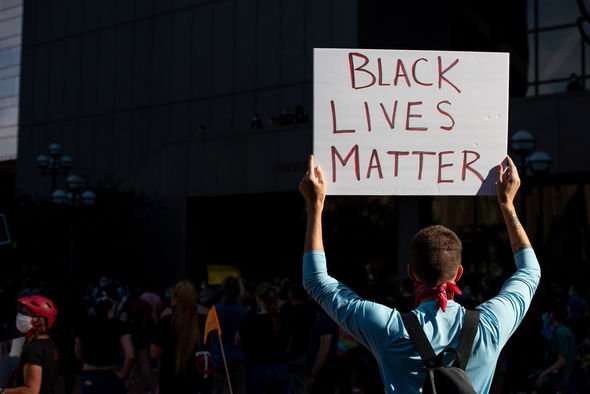 Dr Michael Baden, one of the independent medical examiners added: ”There is no other health issue that could cause or contribute to the death.

“Police have this false impression that if you can talk, you can breathe. That’s not true.”

Protesters are now calling for justice from the police officers responsible for his death, and calling for the end of systemic racism. 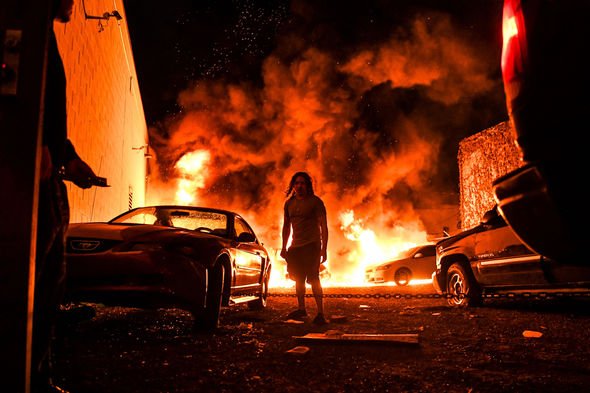 On May 30, movement Black Lives Matter called for “an end to the systemic racism that allows this culture of corruption to go unchecked and our lives to be taken”.

The organisation added: “We call for a national defunding of police.

“We demand investment in our communities and the resources to ensure Black people not only survive, but thrive.”

How to help Black Lives Matter

To help Black Lives Matter you can fund the movement by donating on the website here. 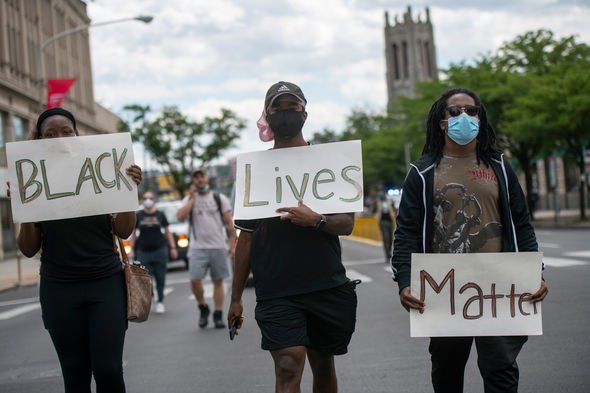 On the movement’s website, Black Lives Matter are currently calling for a national defunding of police.

The website says: “George Floyd’s violent death was a breaking point — an all too familiar reminder that, for Black people, law enforcement doesn’t protect or save our lives. They often threaten and take them.

“Right now, Minneapolis and cities across our country are on fire, and our people are hurting — the violence against Black bodies felt in the ongoing mass disobedience, all while we grapple with a pandemic that is disproportionately affecting, infecting, and killing us.”

You can also help Black Lives Matter by signing up for updates, supporting the organisation’s work and check out resources.

In addition, the movement asks you to follow them on social media, or wear official Black Lives Matter gear.