THE mayor of Washington, DC, ordered a massive “Black Lives Matter” mural painted along the road to the White House — which now has a giant fence erected around it. 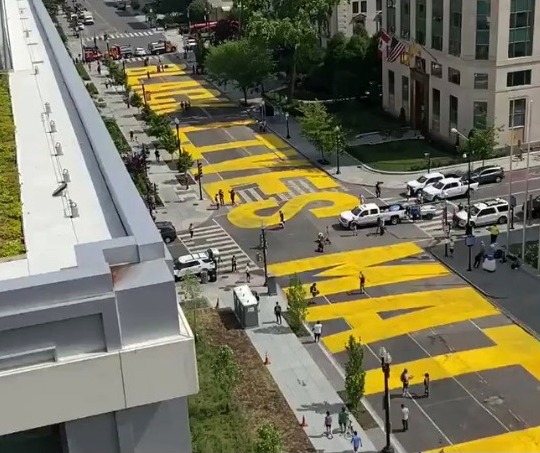 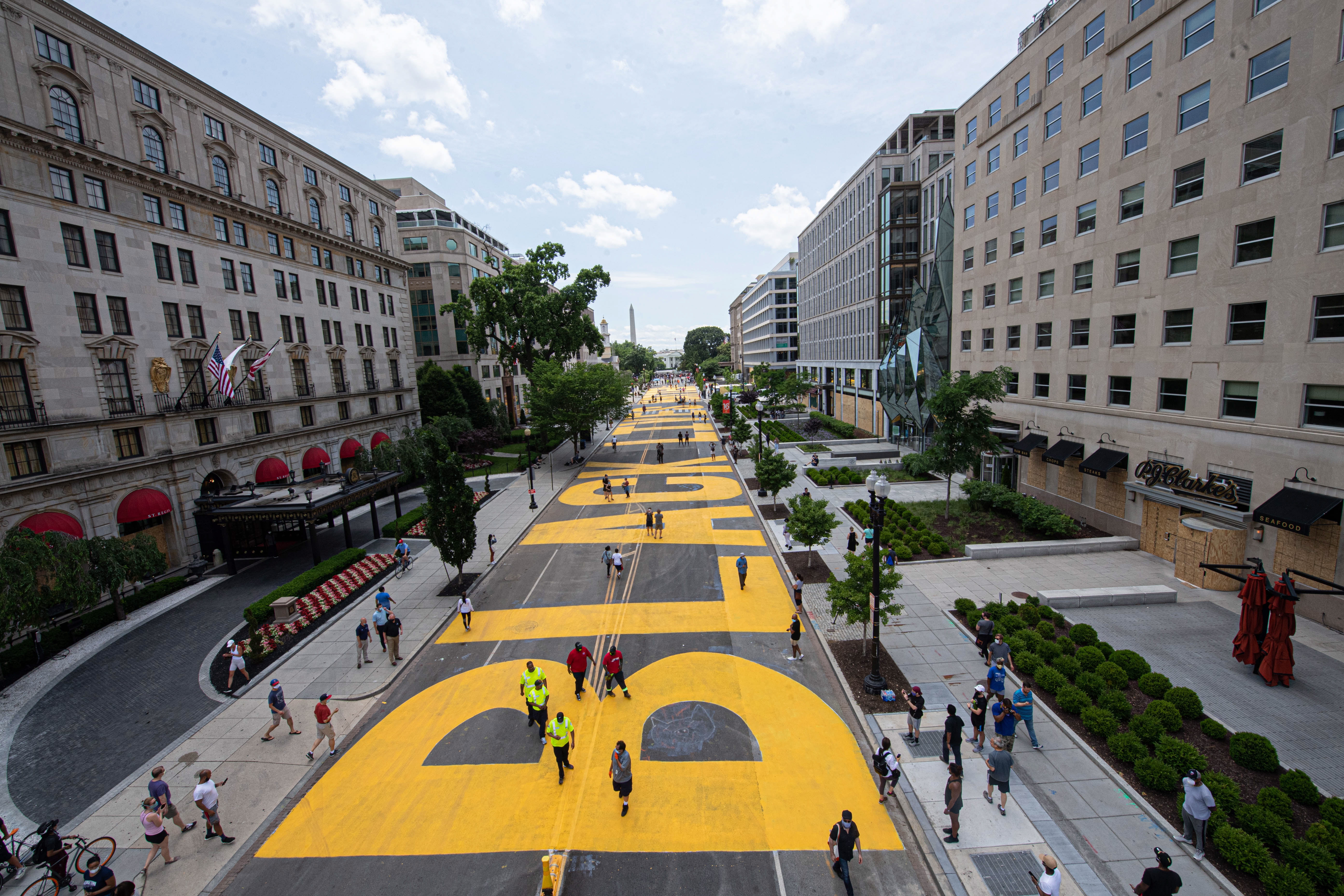 Each of the letters span the width of the two-lane road — the paint of which began on Friday morning.

16 Street, where the mural is painted, leads to Lafayette Square and the White House.

"There are people who are craving to be heard and to be seen, and to have their humanity recognized, and we had the opportunity to send that message loud and clear on a very important street in our city," Bowser told reporters on Friday. 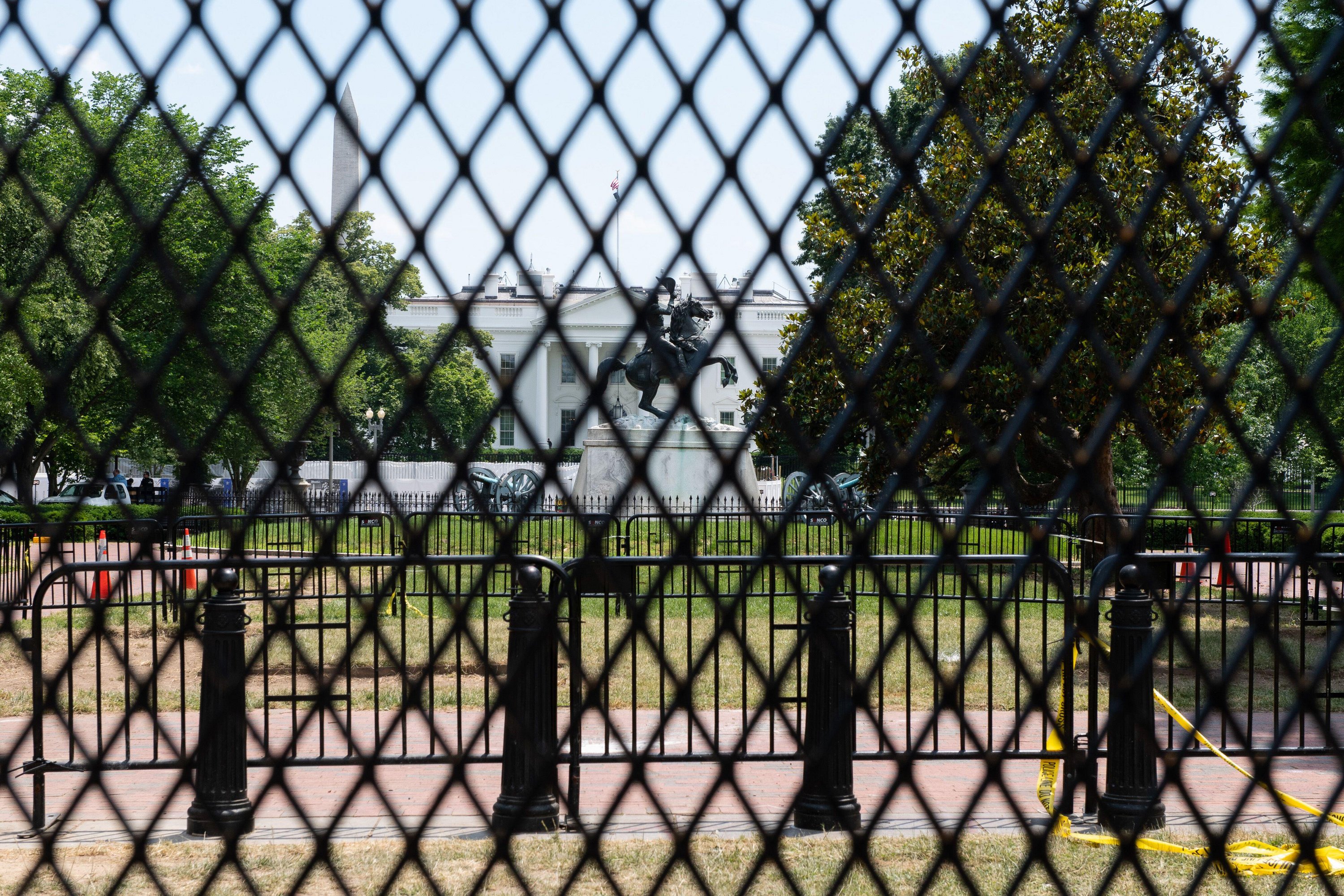 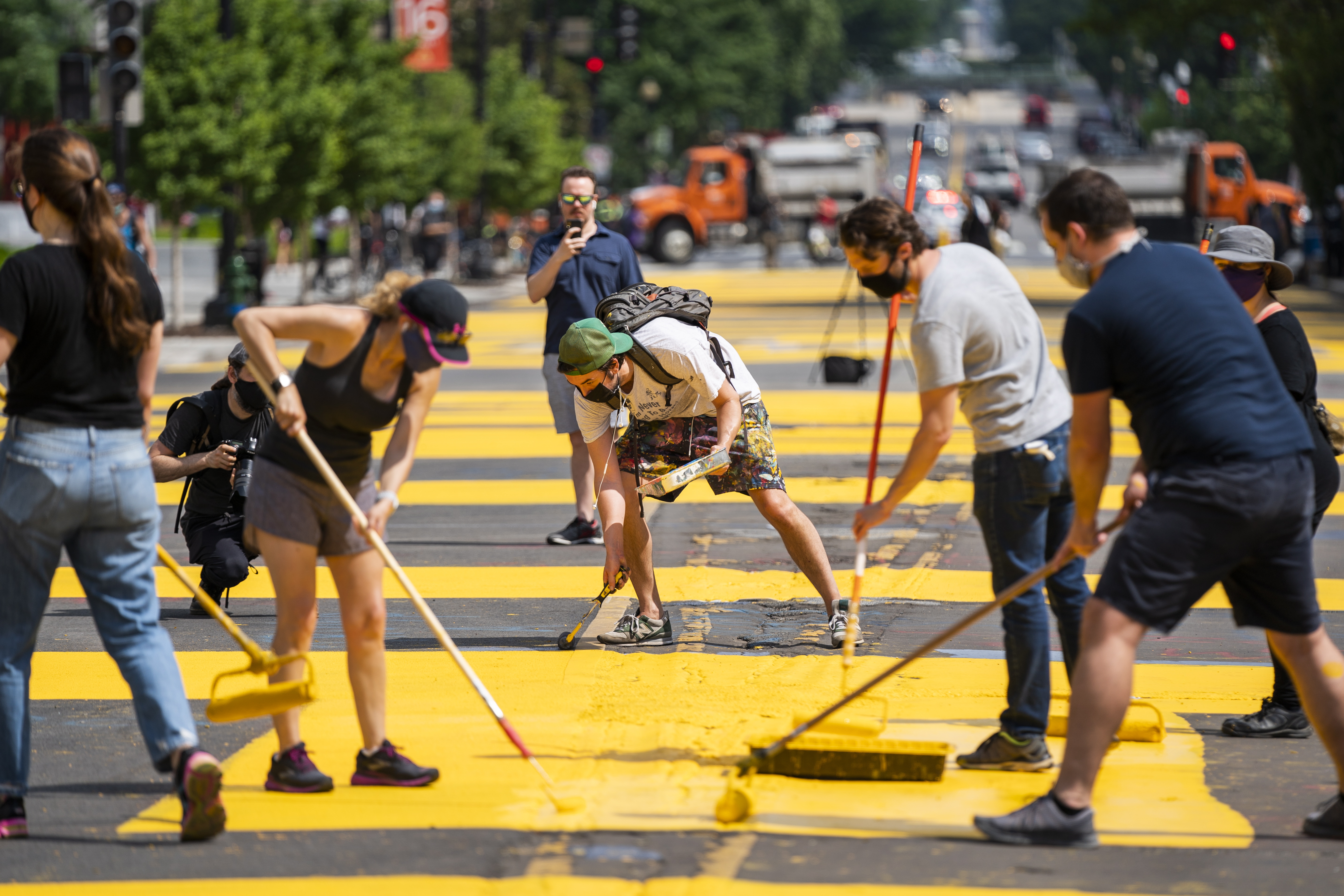 "And it is that message, and that message is to the American people, that Black Lives Matter black humanity matters, and we as a city raise that up as part of our values as a city."

“As Washingtonians, we simply all want to be here together in peace to demonstrate that in America, you can peacefully assemble, you can bring grievances to your government, and you can demand change.”

Bowser’s chief of staff, John Falcicchio, tweeted: "There was a dispute this week about whose street this is.” 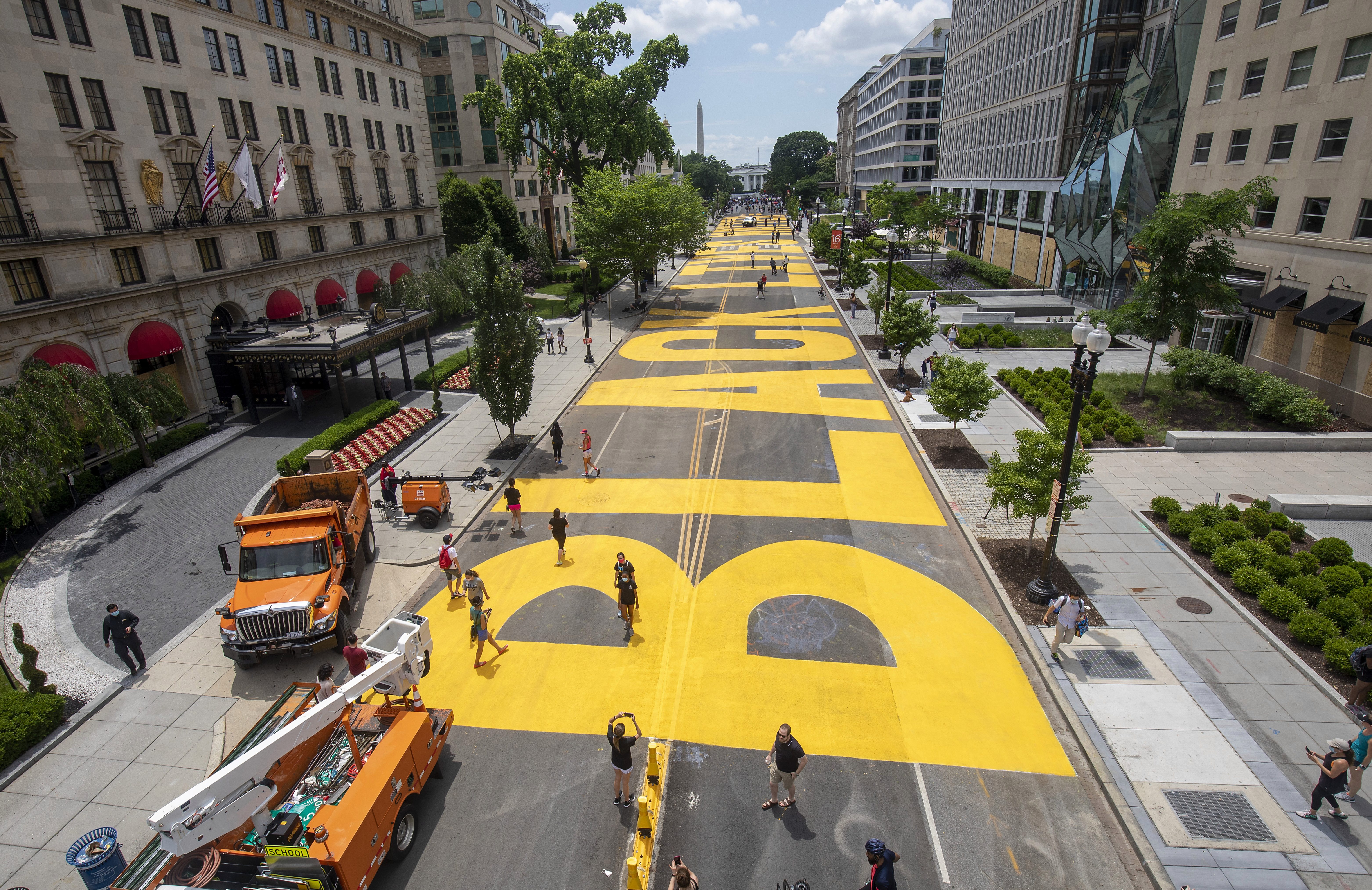 “Mayor Bowser wanted to make it abundantly clear that this is DC's street and to honor demonstrators who (were) peacefully protesting on Monday evening.”

“@MayorBowser, who’s budget is totally out of control and is constantly coming back to us for ‘handouts’, is now fighting with the National Guard, who saved her from great embarrassment over the last number of nights,” he tweeted.

“This is a performative distraction from real policy changes. Bowser has consistently been on the wrong side of BLMDC history.”

“This is to appease white liberals while ignoring our demands. Black Lives Matter means defund the police,” their Twitter account read.

The painting comes a week after George Floyd, an unarmed black man, was killed in police custody in Minneapolis.

His death sparked national and worldwide unrest, including in Washington, DC, where protesters have marched in the streets against police brutality and racism. 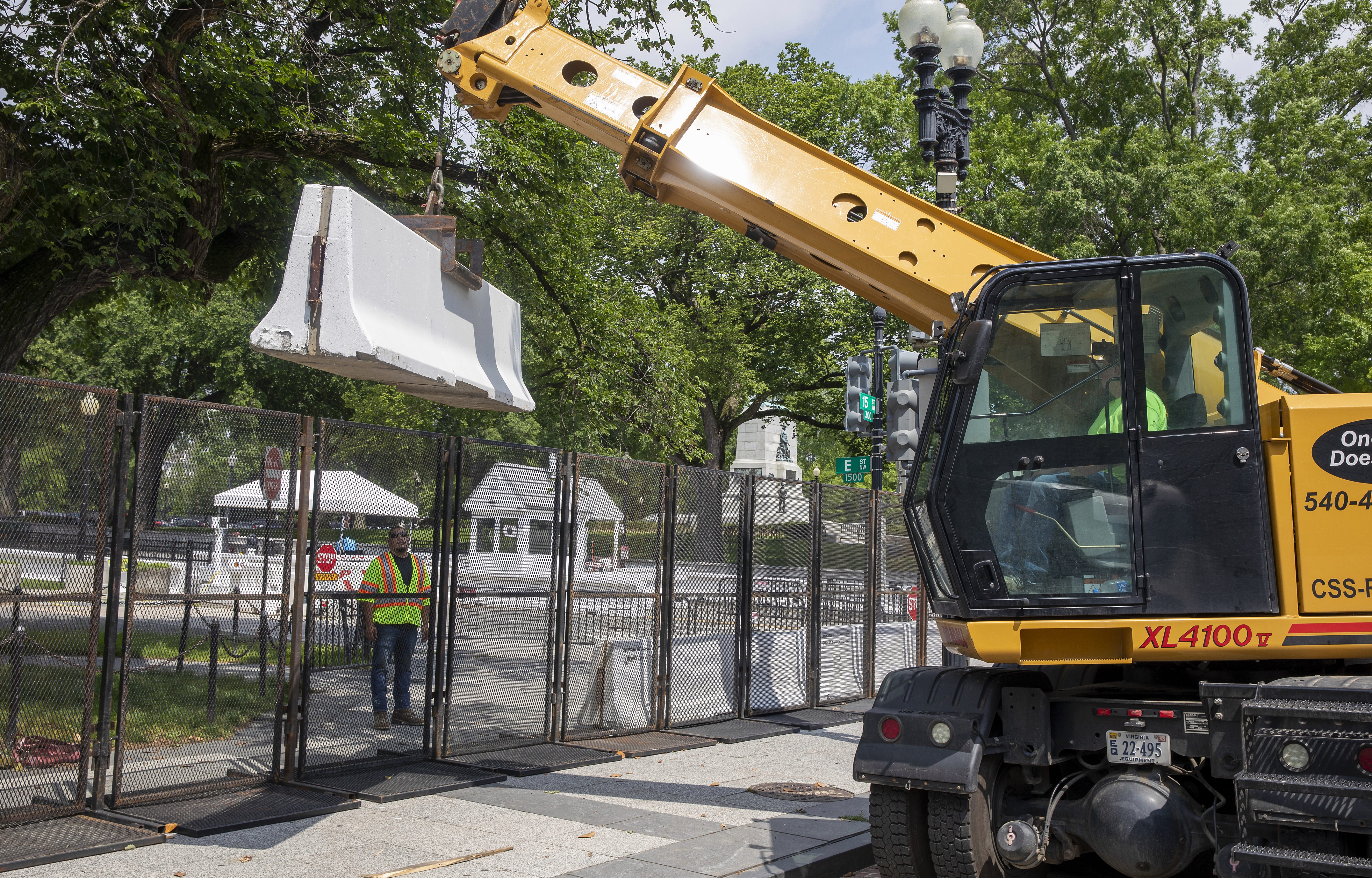 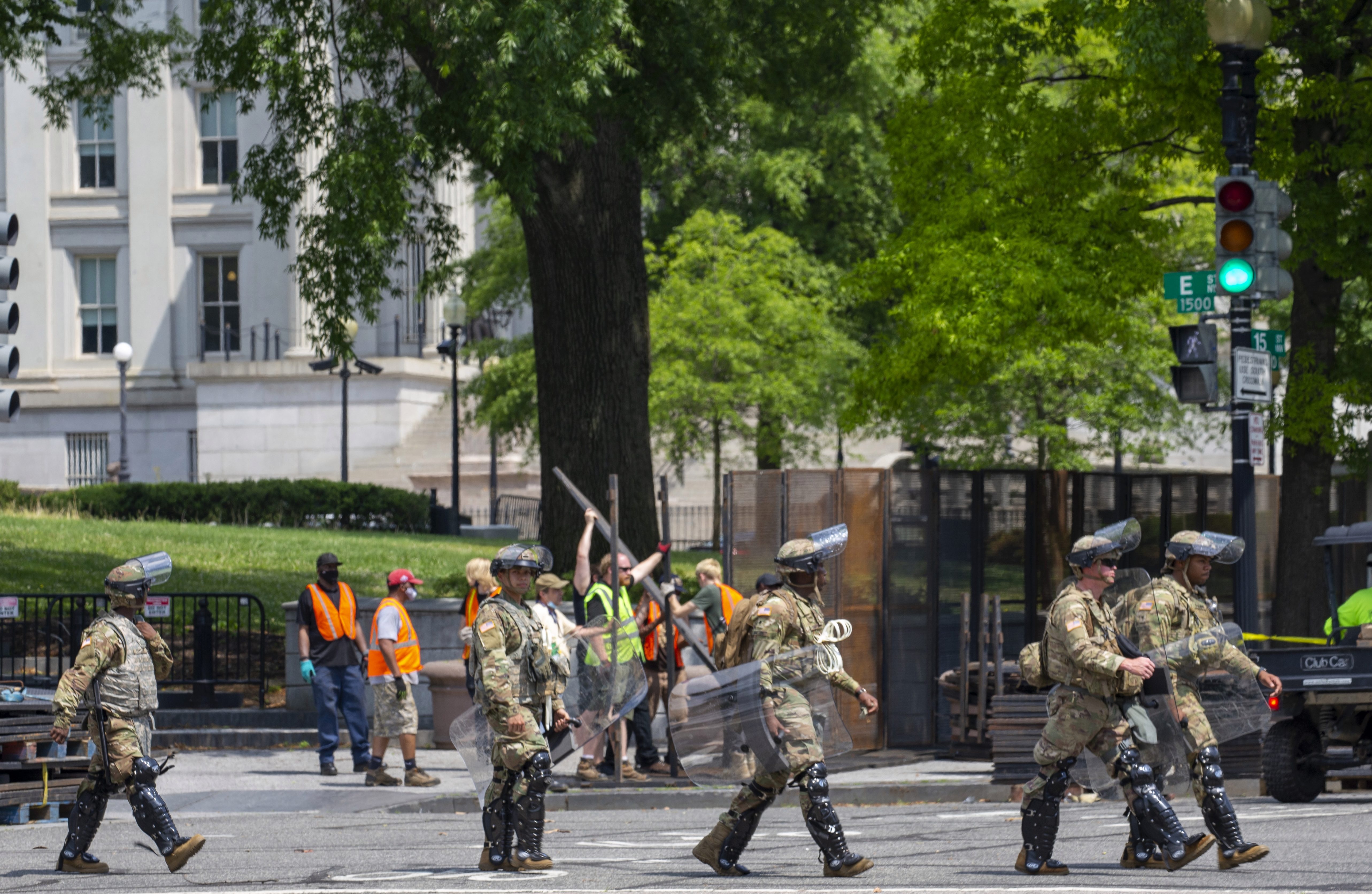 On Monday, US Park Police and National Guard troops tear-gassed and forcefully removed protesters who were in Lafeyette Park so that Trump could walk over to the nearby St John’s Episcopal Church — which had been lit on fire in a violent protest — for a photo-op.

As a result of protests in the area, a huge fence has been built around the White House.

It was previously reported by multiple outlets that during chaotic protests last week outside "the people's house," Secret Service agents rushed Trump to an underground bunker used during terror attacks; Trump denied he went to the bunker during protests.