THIS is the moment a black woman yelled at Portland Black Lives Matter protesters to "get out of my way" when they tried to block her car.

Footage of the crowd of demonstrators standing on a street in Portland, Oregon Sunday evening and attempting to prevent a defiant woman driver from passing through, was shared to Twitter on Sunday. 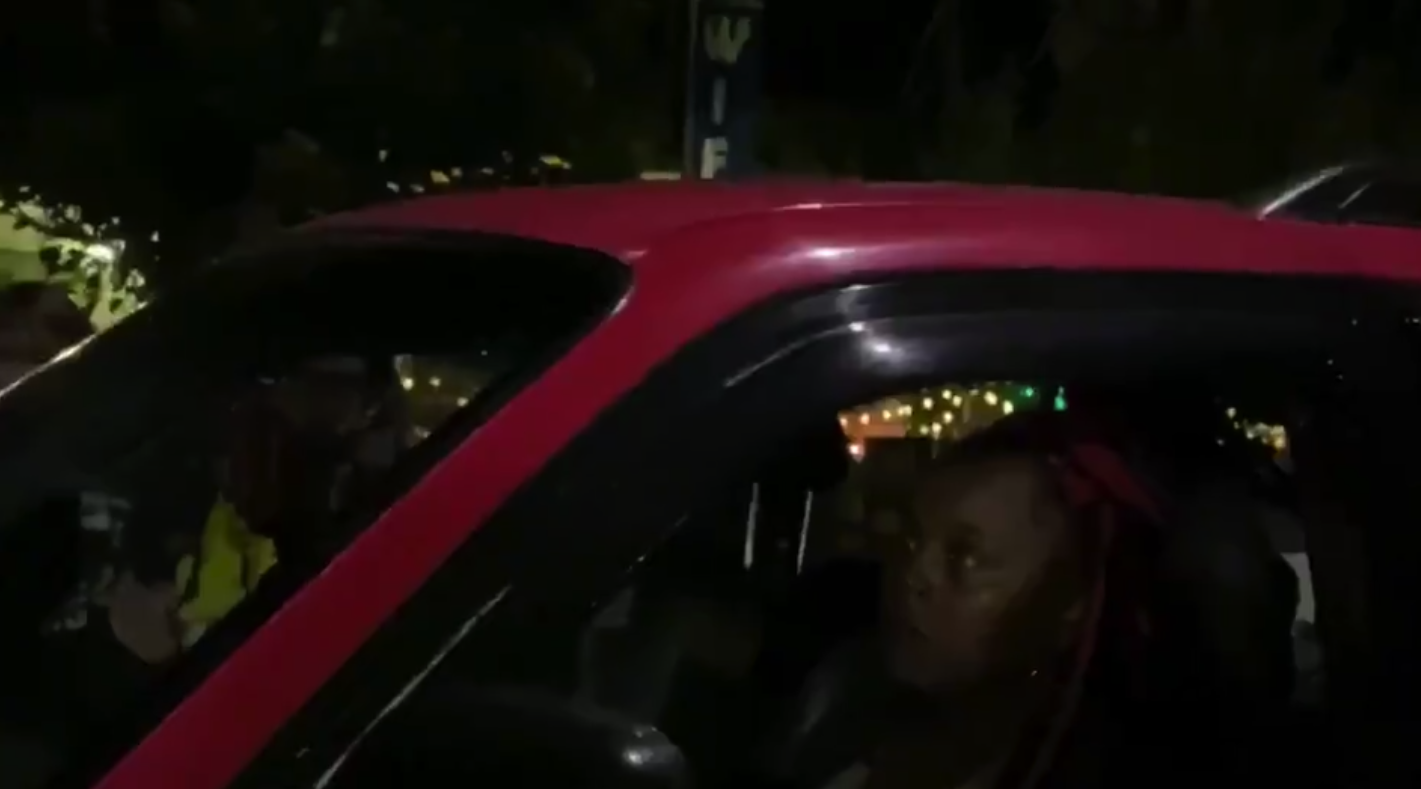 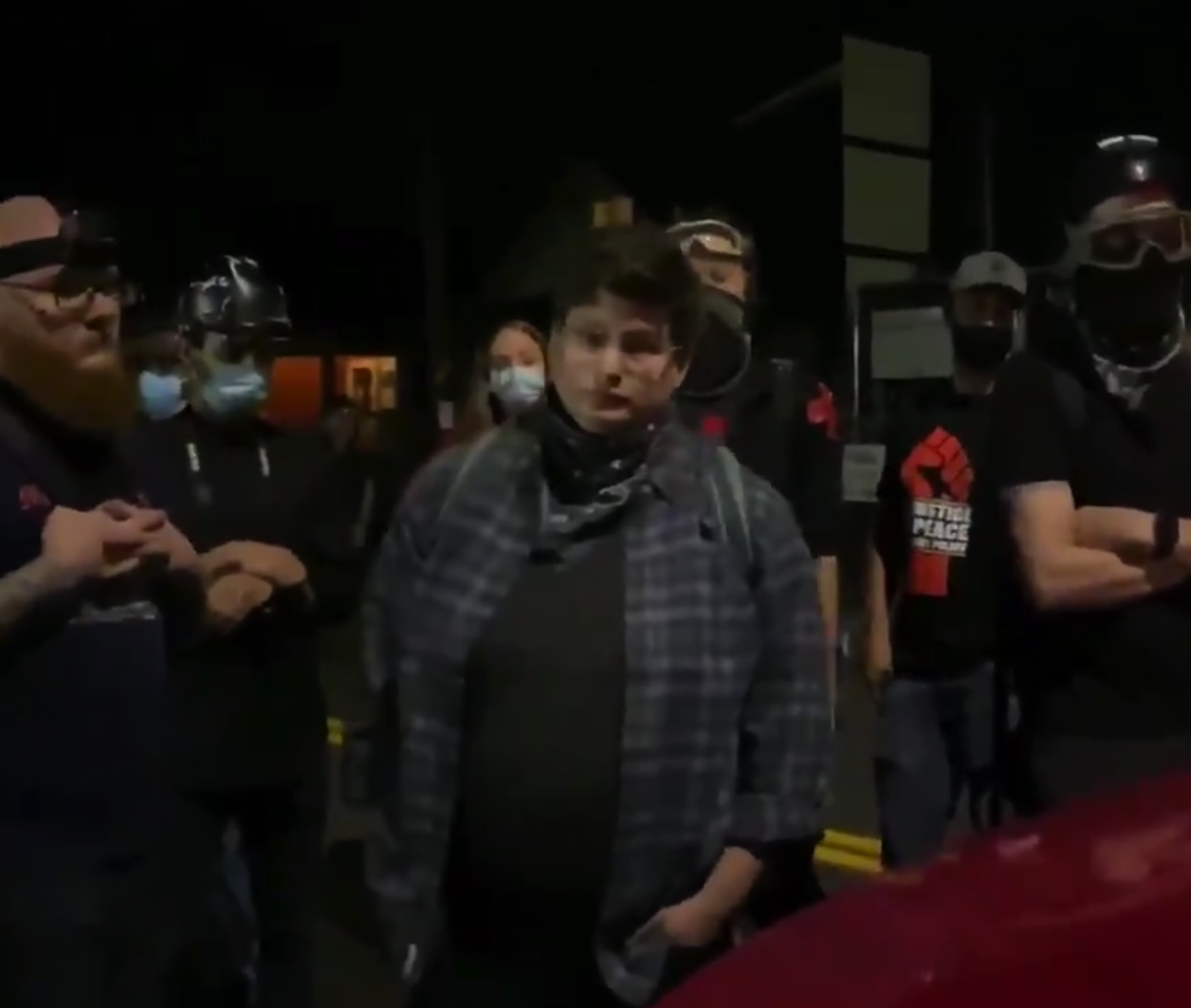 According to the footage – posted to Twitter by independent reporter Brendan Gutenschwager – the woman driving a red vehicle was trying to drive down a road filled with protesters.

Traffic surrounding a Portland police precinct had been blocked during the Sunday night protest.

The visibly agitated woman told protesters: "Move! Get out of the way! Because you killed my brother. Move!"

As she confronted the protesters, one man is heard saying: "There's nowhere to go," and a young woman is heard yelling: "No. There's people in the street. Turn Around!"

Another person's voice was heard in the video calling the protest peaceful.

The driver then responded: “Get out of the way! You setting fires in the street? No, that’s violence.

Protesters were seen leaning up against the woman's car.

As the woman got out of her vehicle, she yelled: "You don’t want no race war out here! 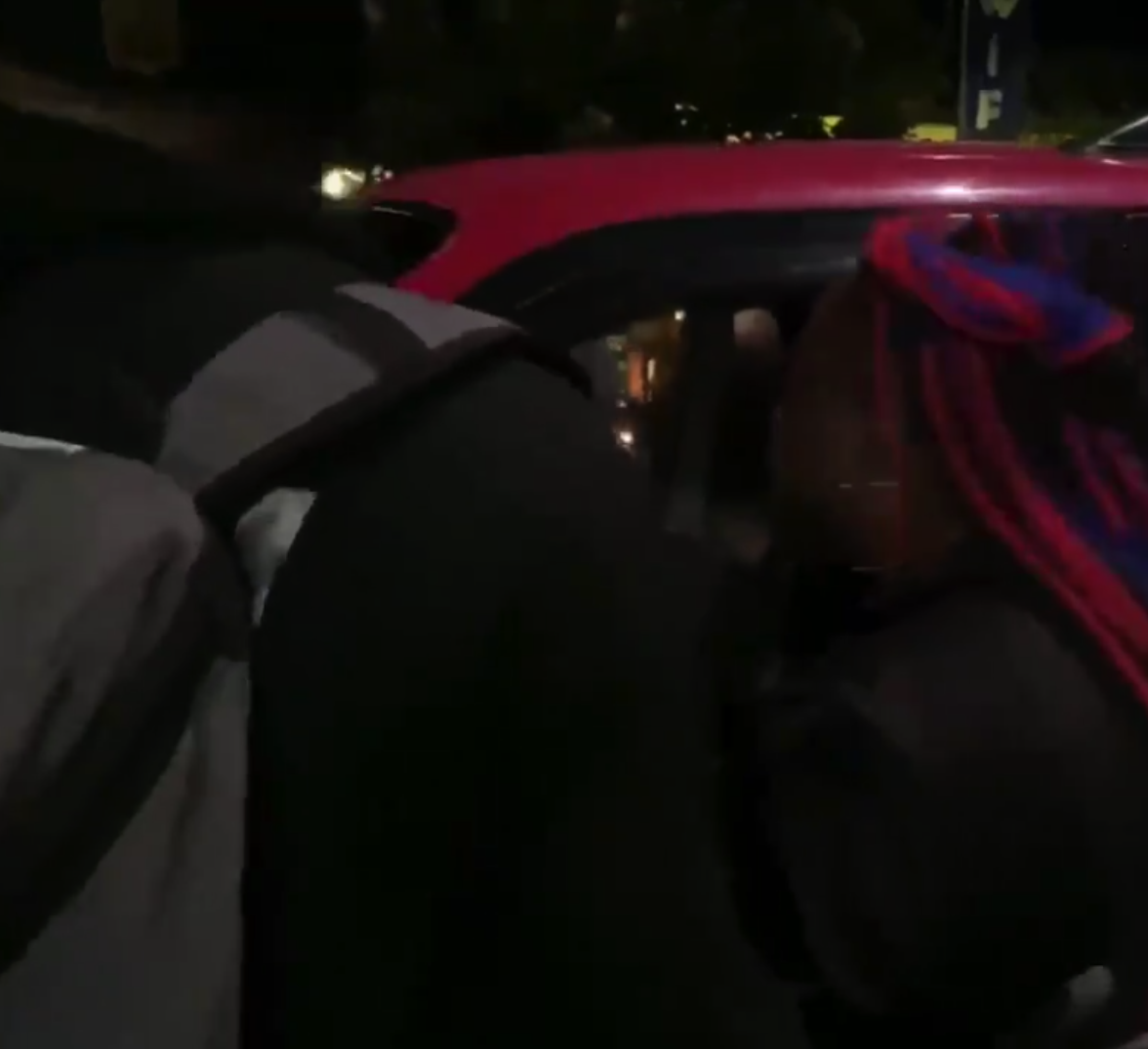 The video has since received more than 1.3million views.

After the confrontation, a separate video shows protesters dispersing and leading the woman's vehicle through the crowd, the Dailycaller reported.

More than a dozen arrests were made Sunday night.

According to Portland Police: "The North Precinct has been the site of numerous violent protests over the past few months, including instances where arsonists attempted to burn down the building with people inside.

"It is an active, working community policing facility, is a critical part of city infrastructure, and operates 24 hours a day, 7 days a week.

"It is also connected to multiple private businesses, and is in a densely populated neighborhood.

"For those reasons, as the gathering approached the facility, the marchers were advised by loudspeaker and social media that Northeast Emerson Street was closed between Northeast Martin Luther King Junior Boulevard and Northeast 6th Avenue.