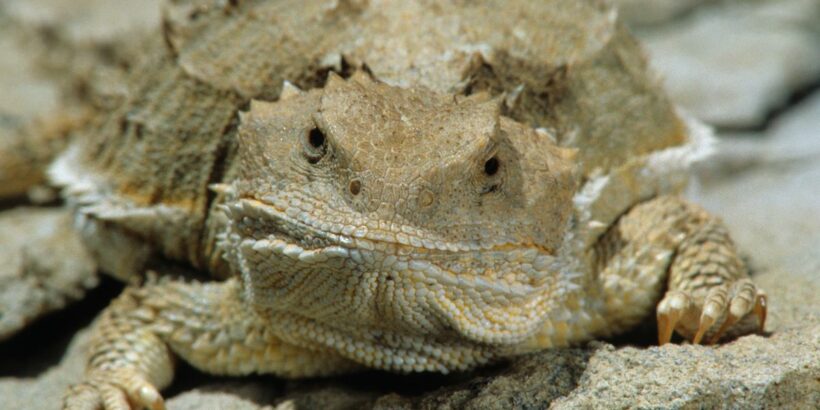 A man who had already been caught smuggling over a thousand animals into the US returned to the Mexican border the following day with more than 50 reptiles stuffed down his pants.

The man drove his truck to the San Ysidro border crossing post on February 25 and was pulled out for additional inspection, US Customs and Border Protection (CPB) said in a statement.

When Border Officers searched the 30-year-old California resident they found 52 live reptiles packed into his jacket and in his “groin area”.

"Smugglers will try every possible way to try and get their product, in this case live reptiles, across the border," Sidney Aki, CBP director of field operations in San Diego, said in a statement.

He added that in this case “the smuggler attempted to deceive CBP officers in order to bring these animals into the US without taking care for the health and safety of the animals.”

Officials seized nine snakes and 43 horned lizards that had been secreted about the suspect’s person. Some of the species are considered endangered, authorities said.

The arrest came just a day after the same man had attempted a similar smuggling run involving some 1,700 rare or endangered animals into the US.

In February the man, along with another suspect identified as his sister, was indicted by a federal grand jury in Los Angeles on charges of running a massive wildlife trafficking ring.

Among the animals were tortoises, monitor lizards, iguanas, chameleons and baby crocodiles. Many of the species they smuggled are listed as endangered by the International Union for Conservation of Nature, according to The San Diego Union-Tribune.

Prosecutors say that a series of messages found on the accused man’s phone were evidence that he was part of a significant smuggling ring.

One of the messages read: "Thank God they found nothing. That is why I always tell you turtles are risky. They are bulky. I got nervous today, but I kept my cool."

The San Ysidro border crossing is one of the busiest in the world, with some 70,000 vehicles and 20,000 pedestrians passing through every day.

As a result, it’s a major target for smugglers. In the past, CPB officers have confiscated tiger cubs, parrots and fighting cocks, as well as animal body parts such as fish bladders, turtle eggs, ivory and whale bones.