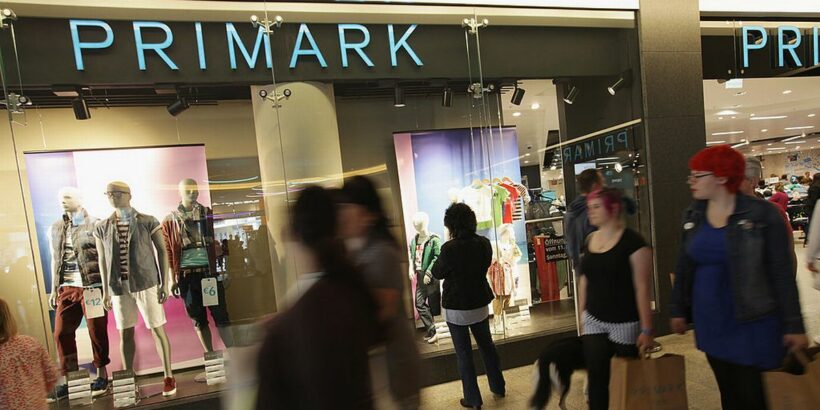 A "selfish" shopper called 999 to complain Primark refused to let him in to buy grey sweatpants.

According to West Yorkshire Police, the man rang 999 after being refused entry to the budget fashion shop in Leeds.

In a tweet from WYP, the man told them that he only wanted to get “grey joggers”.

The call was made on Halloween, during the daytime.

The reason for him being blocked from entering the Leeds shop is unknown, but that did not stop Twitter poking fun at the man's predicament.

@Christopher_T42 replied: “Hope you told him to jog on”.

And Orla Hayes wrote: “Grey jogging bottoms are a crime against fashion! Maybe he was trying to report himself?”

@HairyDandy69 made an interesting observation when he wrote: “Being snubbed by Primark must be a record low for anyone.”

But one user, @FlaskSoul, pointed out that the reason for blocking entry to the shop could actually have been a valid reason to call the police.

They wrote: “That depends on why he was refused entry?

“If there is any kind of prejudice then it would be a police matter.”

It is not yet illegal to make calls such as this to emergency services, however MPs have often debated whether imposing fines on callers who waste police time and resources – if the reason for the call is not valid – could be an effective punishment.

West Yorkshire Police tweeted that the non-emergency calls to 999 was “far too many”.

They said: “Busy day in contact once again, please only use 999 for emergencies.

"It is 101 and you can even use our online reporting facilities.”