The 42-year-old patient, known as N.V.D, had to get medical help in Vietnam's southern Dong Nai Province when he had difficulty urinating and pain in his genitals. 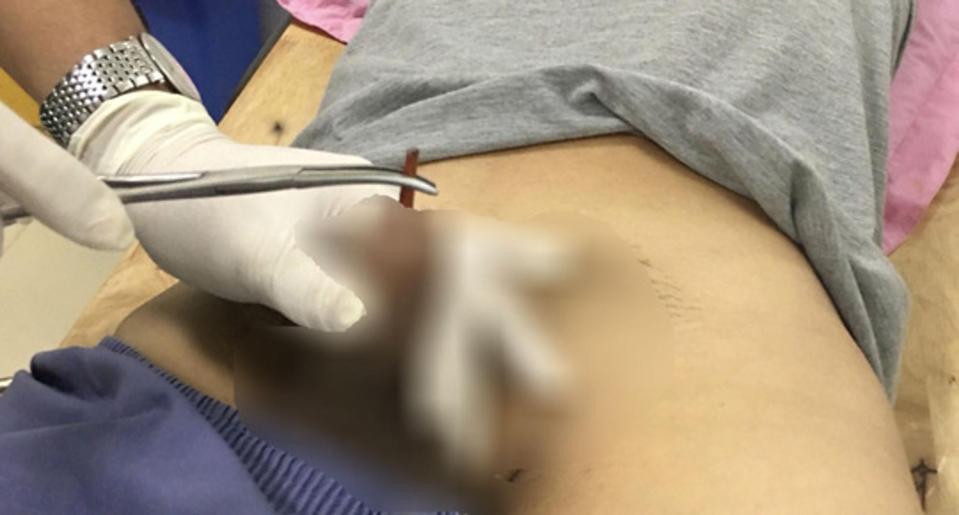 The chopstick was just over 10cm long and had been shoved so deep inside N.V.D's penis that its tip was about 3cm from the urethral opening according to doctors.

Doctor Tran Phoung of the Saigon-Dong Nai ITO Hospital said he was able to push the front end of the cooking implement out of the sexual organ.

The medic said this was possible because scans showed their were no foreign bodies present, meaning the chopstick was not metal.

Doctors were able to remove the chopstick from the man's penis without the need for surgery. 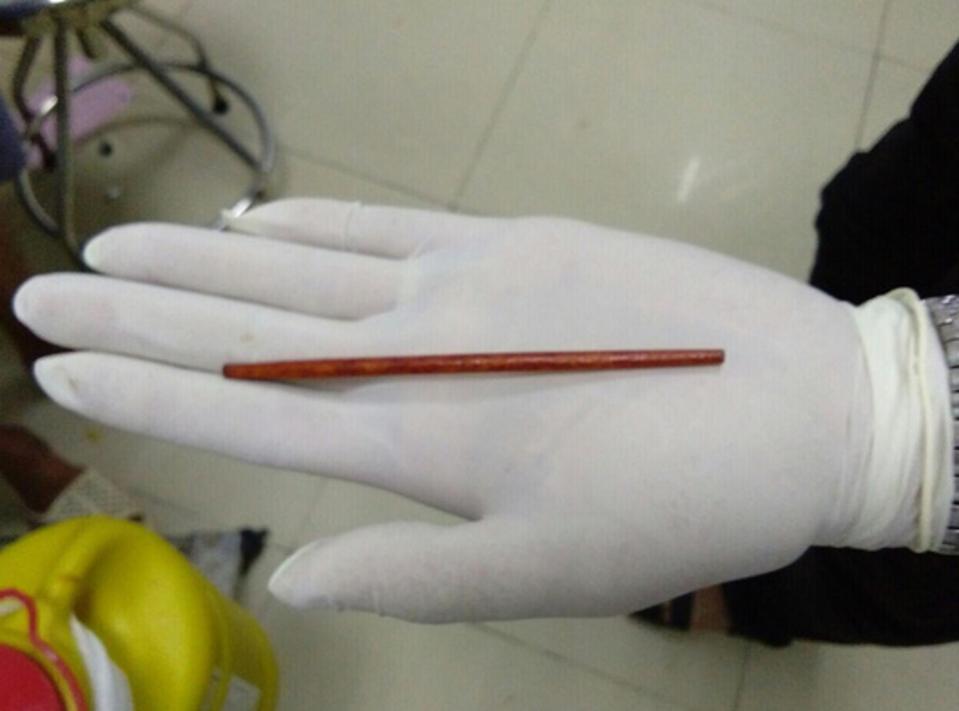 N.V.D revealed that a friend had pushed the chopstick up his penis "for fun" while they were "blind drunk".

He went to the hospital the following day because he was experiencing painful side-effects.

Doctor Tram added the patient did not require an overnight stay and was discharged the same day.

Earlier this week a soldier became the world's first person to have a total penis transplant.

The squaddie received a penis, scrotum and portion of abdominal wall from a dead donor during the 14 hour op.

He had been injured in a bomb blast and the transplant took 14 hours.