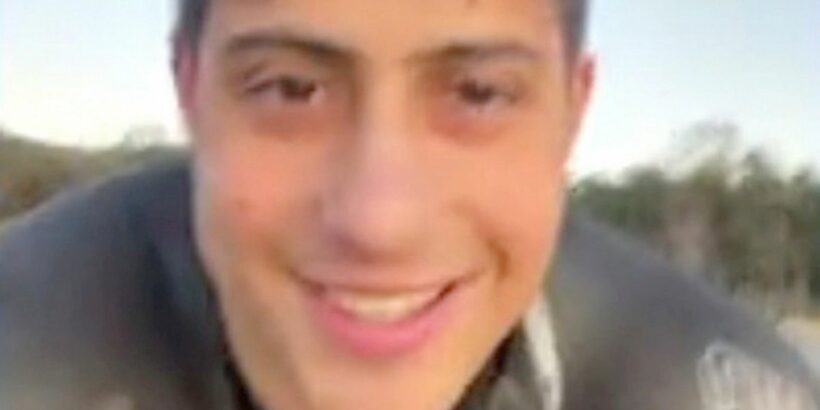 A marine wildlife enthusiast filmed himself playing with one of the most venomous fish in the world on a TikTok that has since gone viral.

Juliano Bayd, 21, who says he has a 'strong passion' for marine wildlife, was on a walk at low tide at Dunwich on Stradbroke Island, east of Brisbane, Queensland, Australia when he came across a stonefish, which is considered the most venomous fish in the world.

But rather than avoid the dangerous species, he decided to get up close and personal with it in a video that has now gained more than 640,000 views.

READ MORE: Incredible moment shark leaps from sea spinning like a dolphin as another washes up dead

He captioned his interaction with the fish 'anyone know what this is?' as he was seen moving the creature's mouth with his finger to make it look as if it was singing.

Speaking about it to Mail Online, Bayd said: "I relocated him when I accidentally stepped on his head with reef shoes, so I'm really lucky."

However, not everyone agreed with his decision to handle the animal due to it's deadly nature as they took to the comments to warn him not to handle it.

One user wrote: "Isn't it a stonefish, one of the most venomous fish in the world."

To which, Bayd replied: "I like to think me and da fish made friends."

Another added: "Man's risking his life for a TikTok…now that's dedication."

A third viewer said: "Bro don't touch the top I got stung by one it's not worth it at all."

But the animal lover said it was "too late."

According to Queensland Museum, stonefish have multiple spines on the fish that can often penetrate a human's limbs to get the poison deeper into its victim's body.

The pain is immediate, excruciating and may last for many days, leading to muscular paralysis, breathing difficulties, shock, and sometimes heart failure and even death.

If stung by a stonefish, the person should leave the water, apply first aid and seek medical attention as soon as possible.