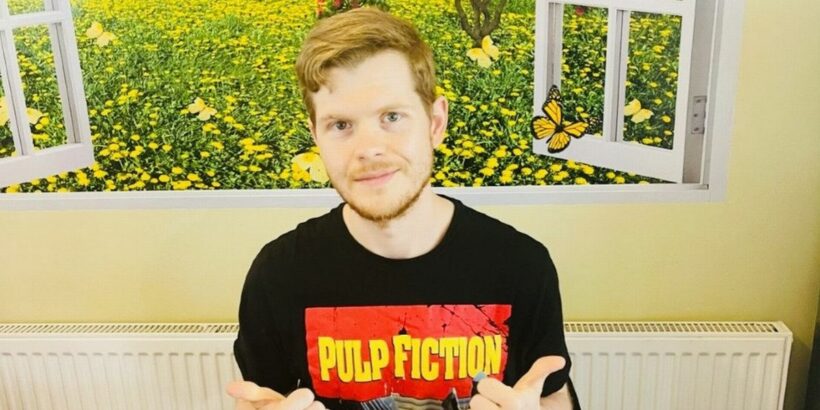 A bloke has managed to eat Britain's biggest breakfast and still managed to fit in dessert after his record-breaking 8,000 calorie feast.

It took just shy of 13 minutes for fitness instructor Jack Squires, 28, to wolf down the epic breakfast feast, managing the fastest time the Oxfordshire-based café has ever seen.

The 28-year-old took just 12 minutes and 50 seconds to fork his way through a bountiful breakfast, which was plated up with five eggs, five sausages, five rashers of bacon, five tomatoes, five hash browns and five black puddings.

YouTuber Jack's eyes may be bigger than his stomach, but his impressive feat was accomplished "for fun," at the Bicester Bean Coffee Shop and Café in Oxfordshire.

Independent café owner Aly Clifton then offered Jack the choice between a normal dessert or a challenge dessert.

Jack wolfed down half of the dessert challenge, which consisted of 25 pancakes, 25 mini pancake bites, six hot chocolate brownies, five scoops of ice cream, a bag and a half of marshmallows, strawberries and squirty cream with plenty of chocolate sauce.

He said: "It was definitely the experience of a lifetime.

"Aly was brilliant and the café is such a lovely place – this is probably one of the best challenges I've done!

"I was blown away by the meals, everything was delicious."

Jack sometimes attends the food-based challenges across the country at least once a week, with the 28-year-old starting to involve himself in a variety of challenges in August of last year.

He added: "It's something I do for fun.

"Me and my pal did one for a laugh and then I found out I had somewhat of a talent for it! So I started uploading videos to my YouTube – Squires Inspires – and people love them.

"After suffering with an eating disorder myself, I hope to inspire people and change they way they look at eating. One unhealthy meal is not going to ruin your progress. I say everything in moderation – including moderation."

Café owner Aly said: "I didn’t think he stood a chance. But then he became this quick eating machine. He was a skinny boy, if he was more than eight stone, I would have been surprised."

Jack's breakfast banquet cost £25, with £5 donated to a local caner charity, but if the participant can finish their meal within 45 minutes, they eat for free.