Police in Dubai are investigating the deaths of two students who committed suicide within 24 hours of each other with sources saying that one student was linked to the Blue Whale suicide ‘game’.

The two Filipino students, aged 15 and 16, both attended the United International Private School in Muhaisnah, Dubai.

Police confirmed that the students had discussed suicide on their social media accounts, although they are yet to confirm or deny links to the Blue Whale ‘game’. 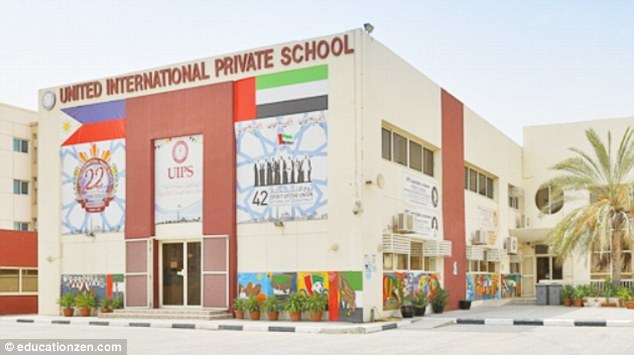 A Dubai Police official told Gulf News: ‘Both students are from the same school but are not related. The girl hanged herself inside her room and the boy plunged to death from the eighth floor of his building.’

The Police also confirmed they were alerted to a suicide incident in a shared apartment in Al Ghusais on Tuesday.

They said that the victim was apparently depressed and had attempted to commit suicide in the past.

A day later, a second suicide case was reported. They received the call at 11pm on Wednesday, about a boy who had jumped to his death in the Al Ghusais area.

An official added that the boy was very intelligent and his father was stunned to find him dead on the pavement.

Forensic experts visited the scene and and foul play was ruled out.

His father was asleep when the boy jumped from the apartment, with the door to the room locked from the inside.

The boy was reportedly from a successful family and had no financial or social problems. He was well known among his classmates, police said. 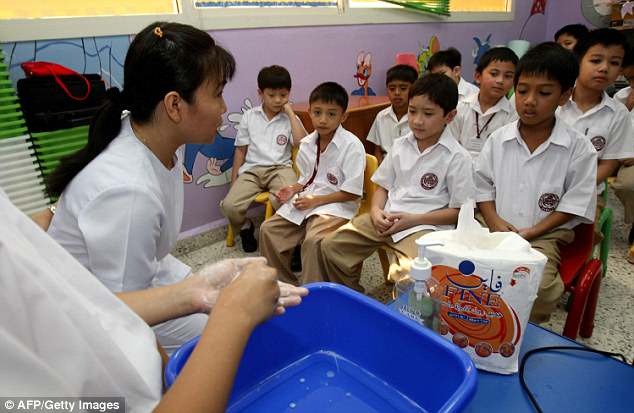 Police officers attended the school to talk to students about the death. The school has a large number of Filipino students (pictured is a class)

Philippine Consul-General Paul Raymund Cortes declined to give more details while the investigation is ongoing. He told Gulf News: ‘The consulate-general is in touch with school administrators and are in contact with relevant local authorities on the subject.’

Meanwhile, parents have expressed their concern over the Blue Whale suicide ‘game’ and the incident is being discussed in several WhatsApp groups.

A mother of a senior high student at the school, said that she is scared of the impact and influence of the online game.

She urged the school to help stop children from excessive use of social media.

A mother of two aged 16 and four, whose daughter studies in another Filipino school in Dubai, said the news is heartbreaking but also an eye opener.

She said: ‘If the suicide was indeed due to the Blue Whale challenge, we have a duty to our community to warn parents and their children.’

Officers from Al Gusais Police station went to the school and held a session for students where they were told about the circumstances behind their schoolmates’ suicide and given mental support.

Officers are investigating the possibility of the twisted game being behind the deaths.

The Blue Whale suicide game is thought to be a social media group where administrators ask vulnerable teens to eventually kill themselves after several acts of self harm.

It is thought to be responsible for hundreds of teenage suicides worldwide, particularly in Russia.

The game demands players complete a list of horrific tasks over 50 days.

Curators of the game are reportedly selected to put peer pressure on players, who are mostly young children.

In June 2017, Russian Philipp Budeikin, 21, was arrested for allegedly being the mastermind behind the sick game.

He has been charged with incitement to suicide of at least 16 schoolgirls.

For confidential support call the Samaritans in the UK on 08457 90 90 90, visit a local Samaritans branch or click here for details