A BOBCAT digger driver was arrested for allegedly using the machine to try to murder a worker.

Witnesses said the operator smashed his bucket down on to a delivery driver after a row at a building site. 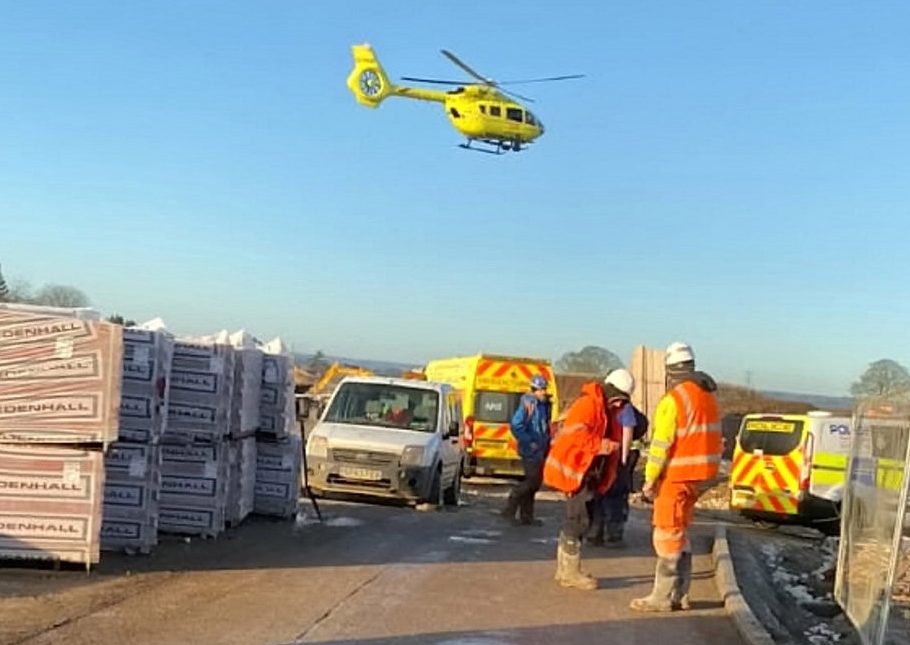 It broke his leg then dragged him along the ground in circles.

The alleged incident came at a Linden Homes site in Seamer, North Yorks.

One witness said: “A driver wanting to drop off steel beeped his horn to get past the Bobcat.

“Words were exchanged and he got out. It was then the Bobcat driver snapped and slammed his bucket down on this poor bloke.”

Another said: “Next thing, there’s a driver swinging his digger about with a man screaming for help.

“He was on the floor and the driver was spinning in circles.

“The man looked in massive pain. Bone was sticking out his leg. He got airlifted to hospital.”

Police said the injured man, in his 30s, was “stable” in hospital after suffering serious injuries last Saturday.

The digger driver, in his 30s, was held on suspicion of a­t­t­em­p­ted murder and affray then bailed.