‘I wish I could have one more day to hold you’: Bode Miller’s wife posts a gut-wrenching photo of her dying baby daughter in her arms to raise awareness of childhood drowning

The wife of Olympic skier Bode Miller on Friday shared a devastating photo showing her cradling her dying daughter in her arms after the toddler drowned in a neighbor’s pool.

Emeline Miller passed away on June 10 after her mother, Morgan Beck, found the child floating in the water.

The 19-month-old had slipped out the door of her family’s home in Orange County, California, without detection, made her way onto a neighbor’s property and ended up in the pool before anyone realized she was gone. 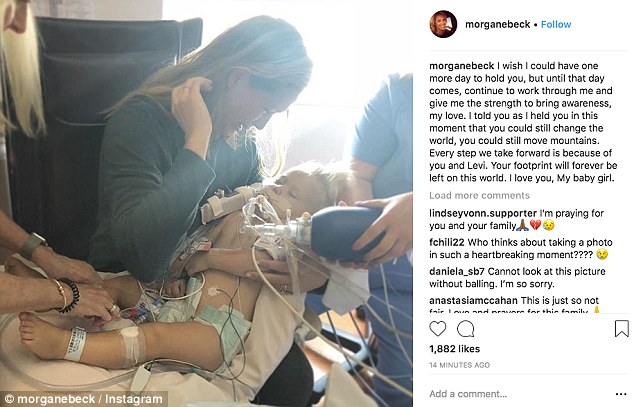 Devastating: Morgan Beck on Friday shared this crushing image showing her daughter’s limp body in her arms after she drowned in a pool in June

In the image shared by the 31-year-old Beck on her Instagram page on Friday, Emeline is pictured hooked up to medical equipment, with at least two paramedics trying to save her life, but to no avail.

A sobbing Beck, with her face contorted in agony, embraces her daughter’s limp body while an EMS technician gives her what appears to be oxygen from a tank through a tube connected to her mouth and nose. Emeline’s eyes are shut and she looks to be unconscious.

‘I wish I could have one more day to hold you, but until that day comes, continue to work through me and give me the strength to bring awareness, my love,’ Bekc wrote in the caption accompanying the startling image.

‘I told you as I held you in this moment that you could still change the world, you could still move mountains. Every step we take forward is because of you and Levi. Your footprint will forever be left on this world. I love you, My baby girl.’

Beck, who is currently pregnant with her fourth child, has been using social media platforms and public appearances to warn other parents about the dangers of accidental drowning among children. 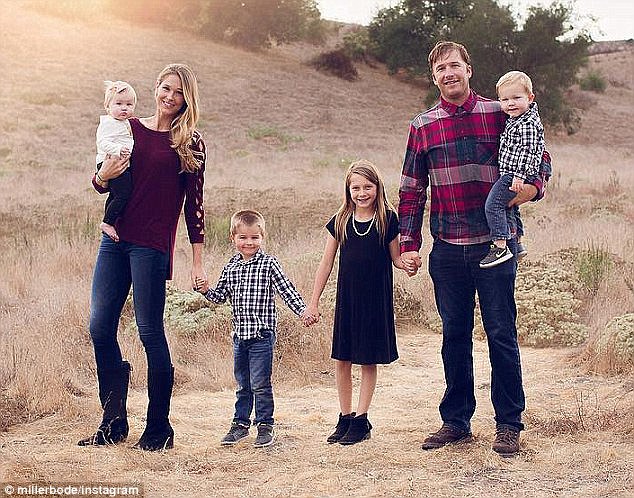 The couple, who between them now have three surviving children, are expecting another son in October (Emeline is pictured in her mother’s arms)

Her latest gut-wrenching post has drawn more than 4,000 ‘likes’ among her nearly 60,000 followers by early Friday afternoon.

Beck compared the risk of childhood drowning to a ‘lion’ or a ‘kidnapper’ that could claim a child’s life in 30 seconds.

‘And the moment those 30 seconds is up, the likelihood of you getting your child back is pretty close to zero,’ she said.

Miller said he had an obligation to help educate other parents.

Beck wept as she told how she prayed ‘every day’ to be able to go back to the day of Emeline’s death and do things differently.

‘There is not a day that goes by and I don’t pray for an opportunity to go back to that day and make it different. But now we have this opportunity to make other parents’ days different,’ she said.

The couple relived the horror of the day they lost their little girl.

‘It was a normal day. Every morning, the kids would go swimming and Bode would go swimming with them, and they’d be in there for hours. And they loved it,’ Morgan said, adding that Emmy had ‘zero fear of the water.’

The family went to a birthday party before Morgan and Emmy spent the afternoon visiting with friends and grandparents. They returned home to say goodbye to Bode who was taking his oldest daughter to her softball game. 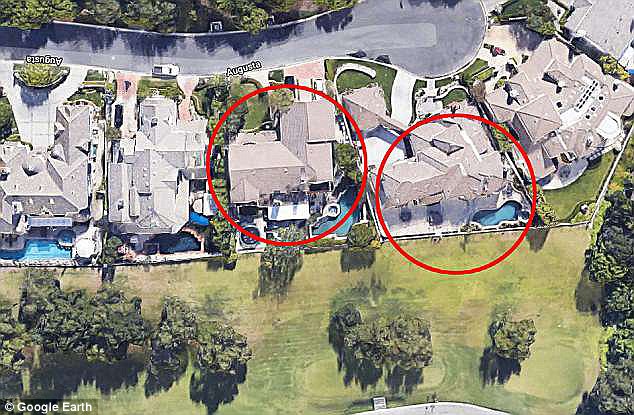 Emeline somehow got out of her family’s home in Orange County, California, and ended up in a neighbor’s pool (Miller’s home circled in red on left, scene of the drowning on right) 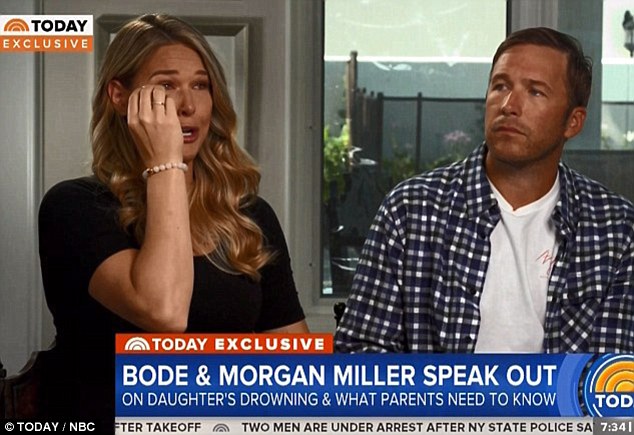 ‘He was loading up the car when we got back and I gave him a kiss. And out of nowhere, she (Emmy) leaned over and gave him another kiss. And we were so amused by her reaction because it was not typical of Emmy,’ Morgan recalled tearfully. ‘So I kissed him again and she did it again and we laughed. Then I turned around and I walked inside and she waved and said bye to her Dad.’

Morgan said that, as they often did, she and Bode’s four children went to visit one of their neighbors who she described as like ‘family to us.’

‘We go over, back and forth, multiple times a week,’ she said. ‘And it was just a normal day over there. We sat on the sofa and she played in front of us.’

Morgan says she was enjoying a cup of tea while Emmy ran back and forth. But suddenly, she got a sinking feeling in her stomach.

‘All of the sudden, it was just too quiet for me,’ Morgan said. ‘We’re in mid-conversation and I stood up. And I turned and I went right to where the boys were and I said “Where’s Emmy?”‘

But it was then she spotted that the door, that lead to the backyard, had a ‘tiny sliver of light coming through the side.’ 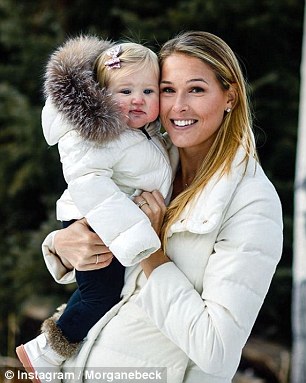 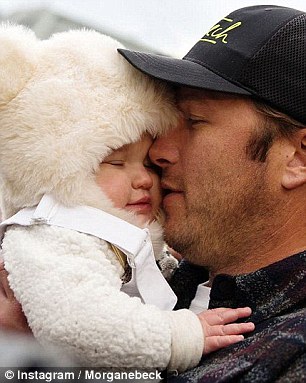 ‘My heart sank and I opened the door and she was floating in the pool. And I ran and I jumped in,’ she said.

The Millers had their own pool fenced off so their children couldn’t fall in and had enrolled their older children in drowning prevention classes before the death of the little girl.

Bode and Morgan wed in 2012 and they have a three-year-old son, Nash Skan together. Miller is also father to two children from two previous relationships.

The couple announced they were expecting their third child together in a post on Instagram just weeks before Emeline’s death. Beck’s due date is in October.

Based on information contained in Beck’s latest post, the couple are expecting a boy, whom they are planning to name Levi.

Miller, the most successful male American alpine skier of all time, has won six Winter Olympics medals, including a gold in Vancouver in 2010. He retired from ski racing in October 2017.