Algerian bogus asylum seeker who married to stay in Britain then used FIVE fake identities to swindle £370,000 in benefits is jailed for five years

A failed Algerian asylum seeker who used five fake identities to fraudulently claim £370,000 in benefits has been jailed for five years.

Saif Boudemagh, 41, used a forged French identity card to illegally enter the UK in March, 2000 but his asylum appeal failed.

The father-of-one, was given a one-bed council flat in Upper Holloway, London and immediately began claiming benefits once he received his National Insurance number.

He claimed to be the carer of his wife and since February, 2009 claimed Income Support as single-parent of their son, now aged fourteen years-old.

The bogus claimant who received full British citizenship in October, 2007 was convicted of twelve counts of fraud by a Blackfriars Crown Court jury totalling £370,000.

As well as his own bogus applications Boudemagh made up people and claimed benefits for them.

Between June, 2007 and April, 2015 he made multiple claims using fake French identities for Housing Benefit.

He pocketed £16,798 for looking after non-existent friend called Jamel Bensaid, 42, whose id was used to get a staggering £174,000 in various benefits.

Benefit claims were made in the name of Sidhamad Ayad, 39.

This identity netted the con artist a £41,746 in employment support benefits after Boudemagh concocted a bogus tale this claimant needed a walking stick and toilet hand rails. 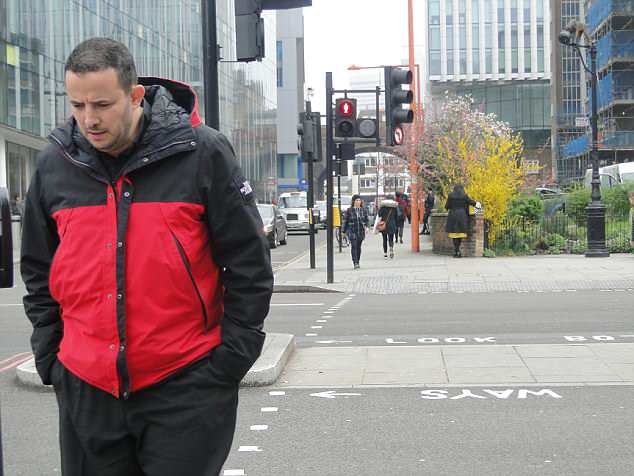 Saif Boudemagh married a UK citizen after his asylum application failed. He then claimed almost £400,000 in benefits for himself and other fake identities 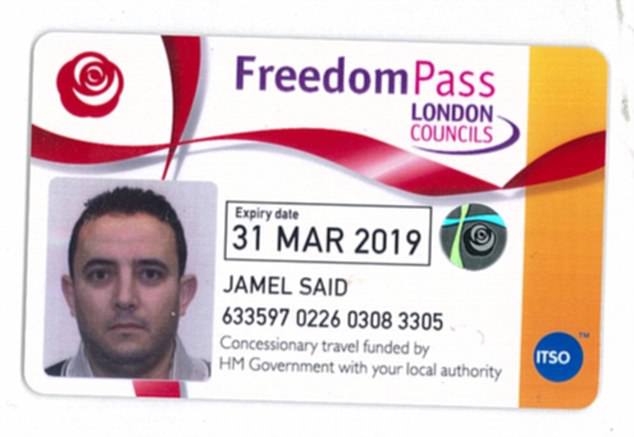 The bogus claimant, 41-year-old Saif Boudemagh, even applied for a disability pass to use London’s transport for free

Another £14,251 was paid out in disability living allowance for the same man and £22,519 was given in housing benefit.

The married mum-of-two was living in Paris, but her identity was used to claim £4,235 as a carer for ‘Mr Zerabib’ who received £25,000 in disability benefits.

This bogus identity was also exploited to collect £46,000 in housing benefit and council tax benefit.

Boudemagh pocketed a further £14,626 in DLA using the Ziad identity.

The DWP paid benefits on the basis the claimants had depression, schizophrenia, anxiety, varicose veins, lower back pain and in one case a disabled finger.

He even used a disabled Freedom Pass in a false identity to enjoy free transport around the capital. 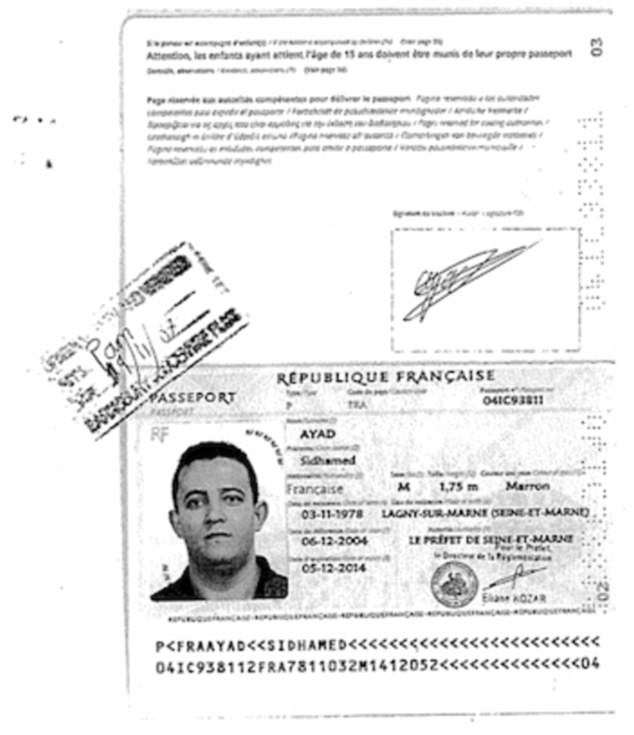 Boudemagh’s flat was raided on April 7, 2015 and documents were found in the names of the false claimants as well as bank cards for accounts the money was paid into.

Boudemagh told the jury he was innocently completing benefit claim forms as an English-speaker for members of the close-knit north London Algerian community. But it was found the people did not exist.

But the prosecution argued its case successfully, having the Algerian convicted on all but five counts.

Prosecutor Mr Andrew Evans said: ‘A false French passport was also submitted as proof of identity in support of these claims and the photo on this passport is that of the defendant.

‘His mobile phone number is given as the claimants’ contact number.’

Shockingly, Boudemagh was still in receipt of housing benefit and child tax credits up to the day of his imprisonment, but he will not face confiscation proceedings because no assets have been found.

The Department of Work & Pensions (DWP) say the only way they can recover any money is by making small deductions to any benefits he receives after his release.

‘This defendant played a leading role in the offending, involving at least one other,’ said Mr. Evans.

‘It was a sophisticated offence requiring planning and the hijacking of identities to claims benefits and completion of medical evidence.’

Judge Jane Sullivan told him last week: ‘It cannot be said you showed remorse. You fought the case in the face of overwhelming evidence.’