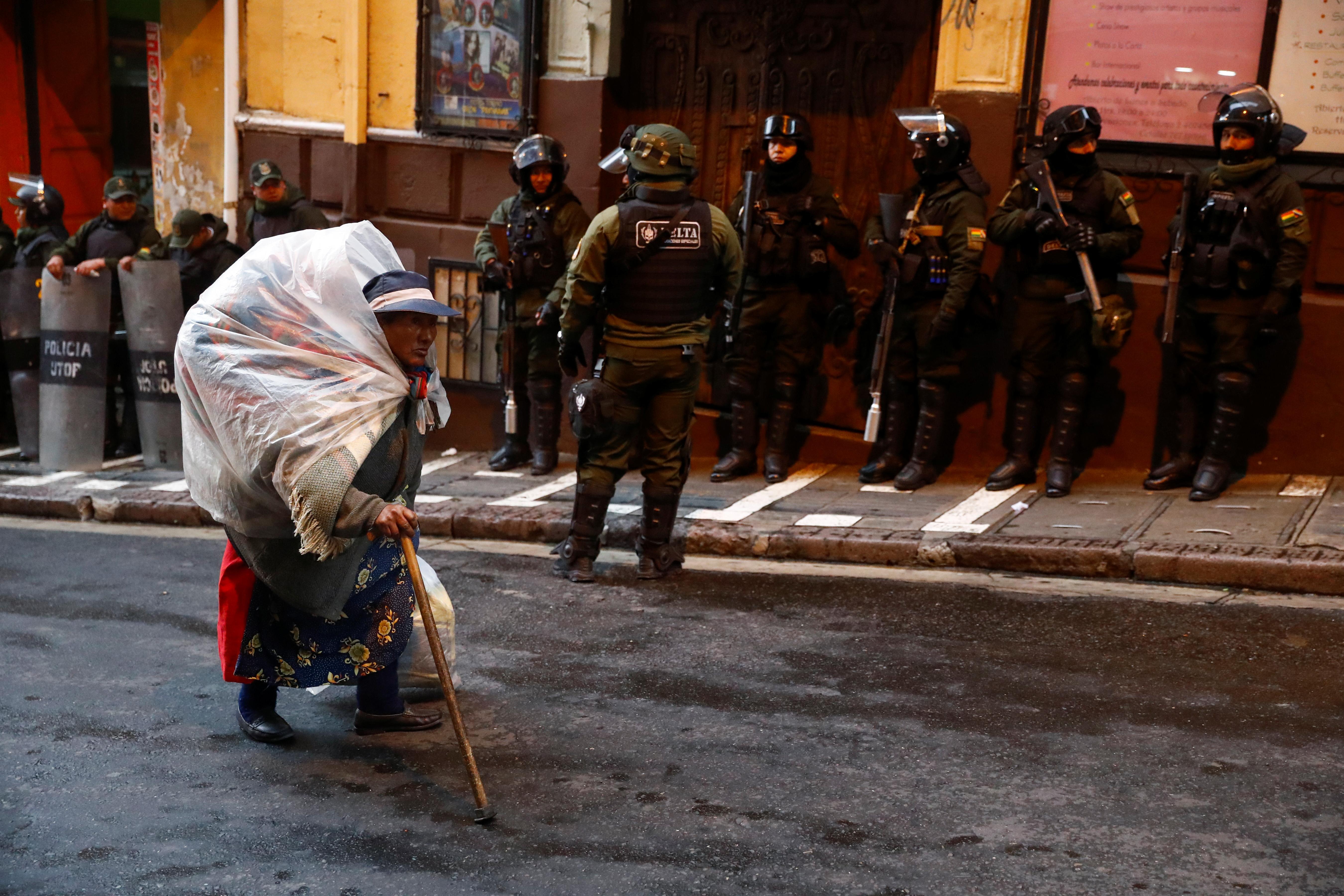 The long-standing leftist leader is facing rising pressure from opposition groups pushing for him to step down or to force new elections. An international group is also doing an audit of the Oct. 20 vote.

Amid splits in the opposition, civic groups have come to the fore, with strikes and road blockades in cities tapping into anger over Morales’ near 14-year rule.

At a large rally on Monday night in the eastern city of Santa Cruz, Luis Fernando Camacho, a civic leader who has become a key figure in the opposition, urged supporters to peacefully jam government institutions, starting from midnight.

“We have decided to radicalize the indefinite national civic strike,” he told a gathering of tens of thousands, adding that he would march into La Paz on Tuesday with a resignation letter for Morales.

Camacho had previously set a 48-hour deadline for Morales to resign, which expired on Monday night.

Morales, who came to power in 2006 and has become an iconic figure in the landlocked South American nation, has defended his election win and has backed an international audit of the result to resolve the crisis.

Amid the political turmoil, a helicopter carrying Morales made an emergency landing on Monday due to a mechanical malfunction on takeoff from the town of Colquiri, south of La Paz, the air force said. No injuries were reported. Video of the incident spread on social media.

“We had an incident with the helicopter that will be duly investigated,” Morales said on Twitter hours later.

Bolivia’s opposition, made up of election runner-up Carlos Mesa as well as increasingly prominent civic groups, has ramped up calls to remove Morales.

Mesa, who came second in the Oct. 20 election, slammed Morales’ candidacy as illegal and on Sunday proposed new elections. He has maintained allegations of electoral fraud.

Morales won the vote with a lead of just over 10 points, which gave him an outright win, but the victory was marred by a near 24-hour halt in the count, which, when resumed, showed a sharp and unexplained shift in favor of Morales.

That sparked fierce protests, with demonstrators clashing with police, teargas on the streets and roadblocks and strikes in many cities, with a few deaths in the clashes.

Formal election monitor, the Organization of American States (OAS), is now doing a count audit, expected to be completed before the middle of the month. It had raised concerns after the count was halted.

On Twitter on Monday, the body invited the public to send election information for its analysis. 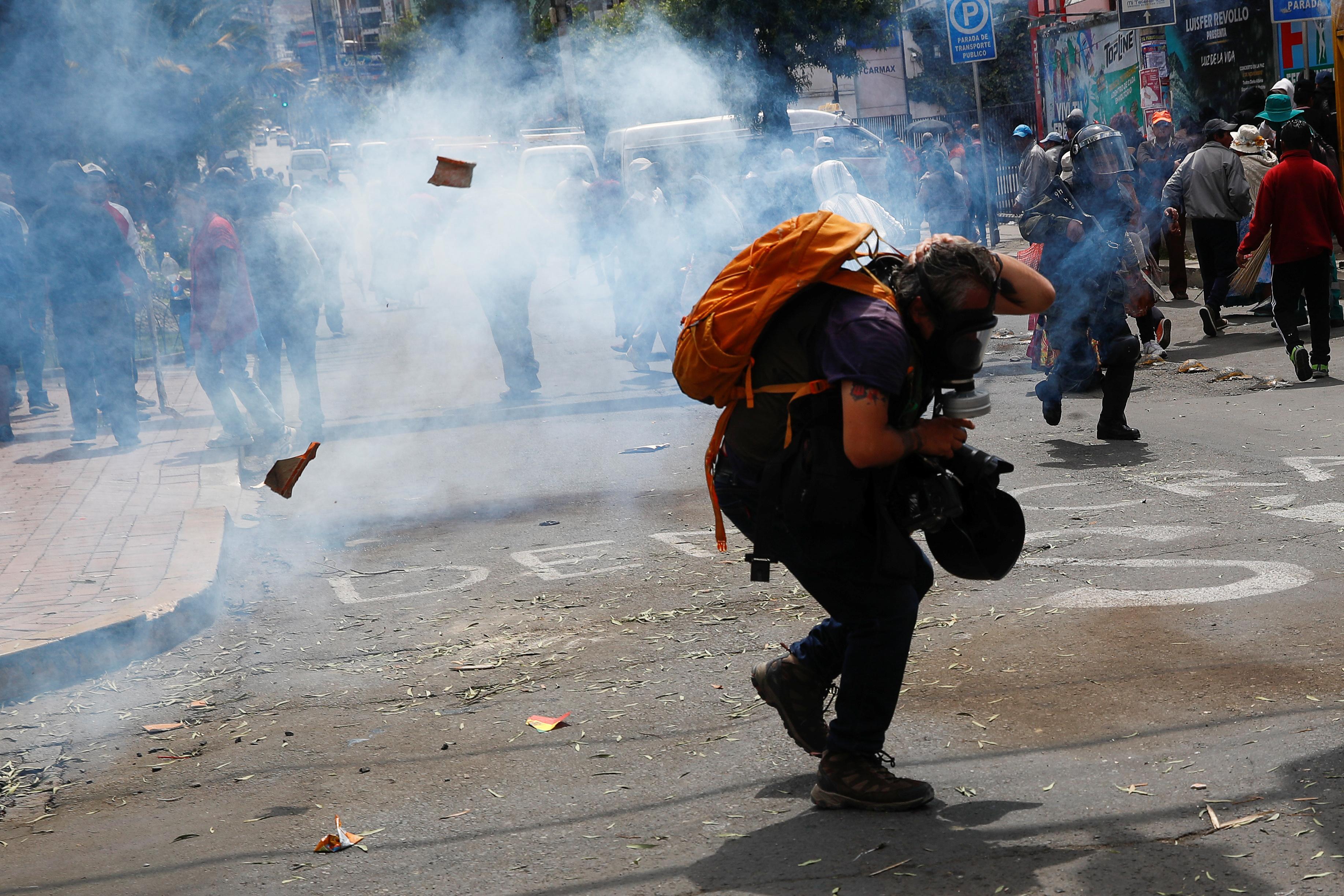 Morales, once a coca farmer union leader who often goes just as “Evo”, has defended his win and pointed to years of relative stability and growth under his rule. He has tied his chances to the “binding” OAS audit.

The Senate leader, Adriana Salvatierra, said Morales was calling for peace and the government would not bow to the ultimatum from Camacho’s group. “We will not fall under pressure, but we will wait for the end of the audit,” he said.

Morales, nearing 14 years in power, had already sparked ire amongst some Bolivians before the election, when he decided to run for a fourth term in defiance of term limits and a referendum in 2016 that voted against him doing so.