A riverside shopping complex is at the centre of a major police operation after hundreds of people were evacuated when a suspicious package was discovered.

Roads surrounding the Oracle Shopping Centre in Reading, Berkshire, were sealed off as an Army bomb disposal squad was called in just after 9am.

Shops and restaurants were ordered to close their doors and the local council offices, which are within he police cordon were shut down.

Photos from the scene showed bomb disposal units teams setting up near a House of Fraser store in the shopping complex. 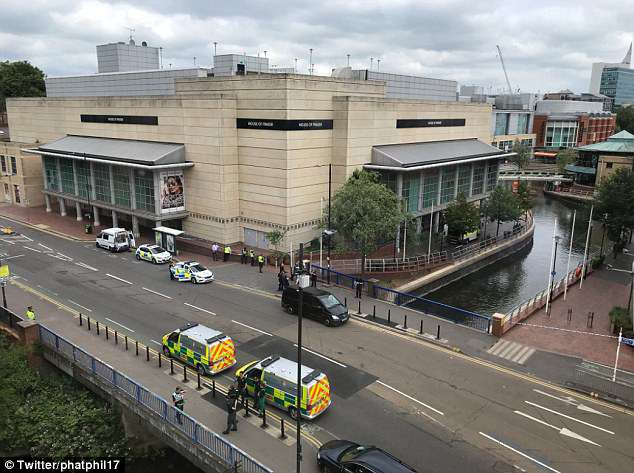 Roads surrounding the Oracle Shopping Centre in Reading, Berkshire, were sealed off as an Army bomb disposal squad was called in just after 9am

Several hours after the discovery was made, a spokesman for Thames Valley Police said that they were continuing to treat the object as suspicious and advised workers in nearby officers to remain inside their buildings.

The River Kennet runs through the centre of the Oracle Centre which is massively popular with shoppers from across the south of England.

The police spokesman said: ‘Officers were called to the centre at 9am and have since cordoned off the area from the public as a precaution. Nearby restaurants have also been evacuated as officers work to establish the nature of the item.

‘A cordon has been put around the large shopping centre, with the huge multi-storey car-park also being closed.’ 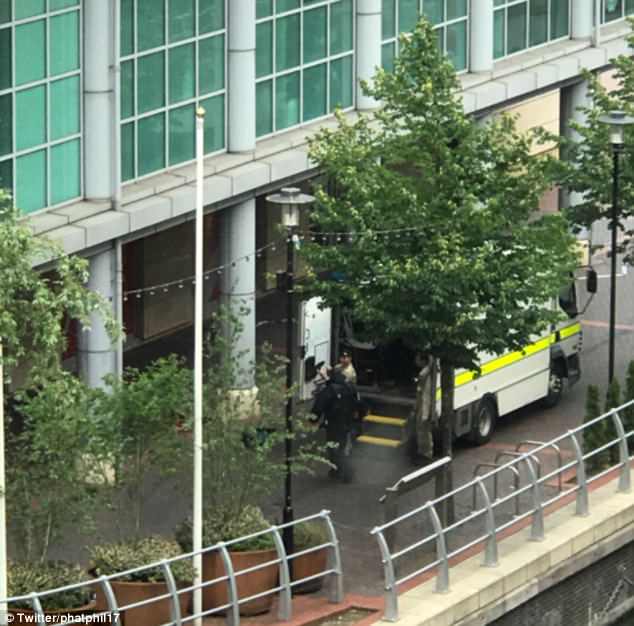 A spokesman for The Oracle said: ‘The safety of our staff and customers is our priority and we are working to support the police with their investigations.’

Minister Street, Castle Street and Gun Street were also closed, with a diversion set up via Inner Distribution Road.

Police are advising nearby residents to say in their buildings while the serious risk is dealt with by bomb disposal experts.

The Oracle complex had 90 shops, a 12 screen cinema and restaurants which line the banks of the River Kennet which flows through the shopping centre.

The retail unit covers two storeys of mall and includes Debenhams and House of Fraser there was multi-storey car park. Restaurants include Jamie’s Italian, Wagamama and Pizza Express.