THIS is the horrifying moment a dancer was almost killed when drunkenly attempting the iconic Dirty Dancing lift.

Millie Slennett and sister Rosie Slennett were competing to see who could pull off the tricky move better with their partners when their fun went completely wrong. 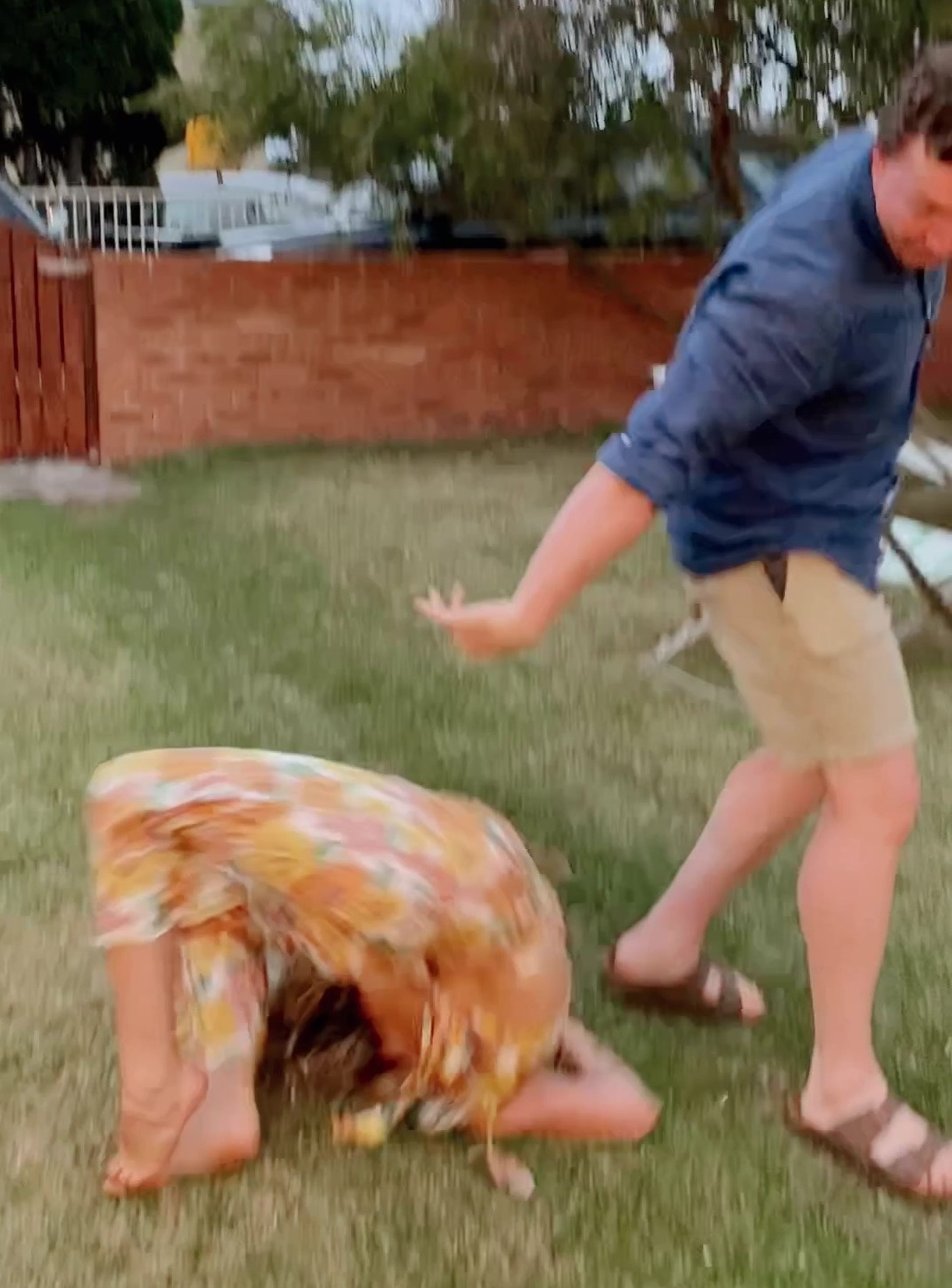 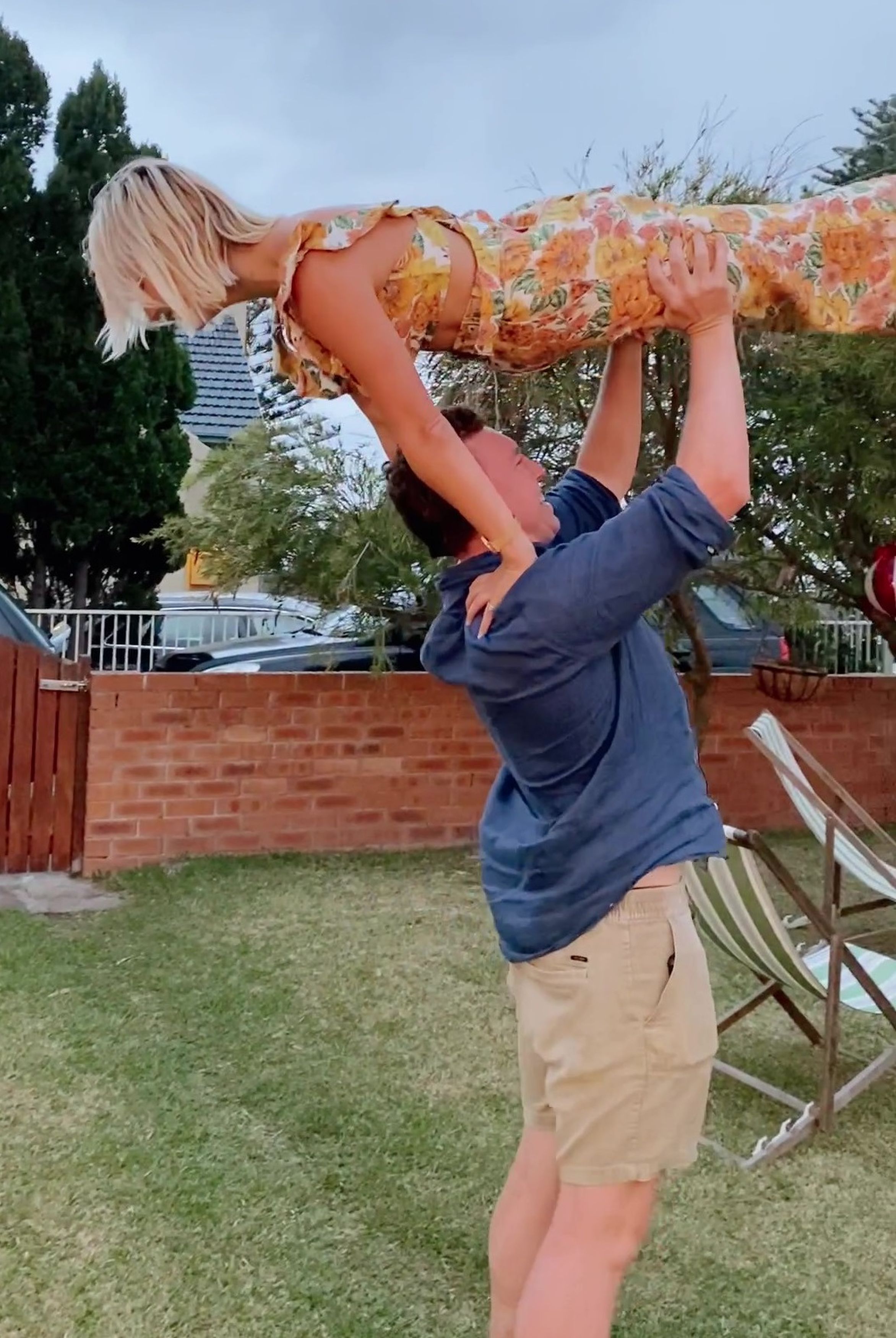 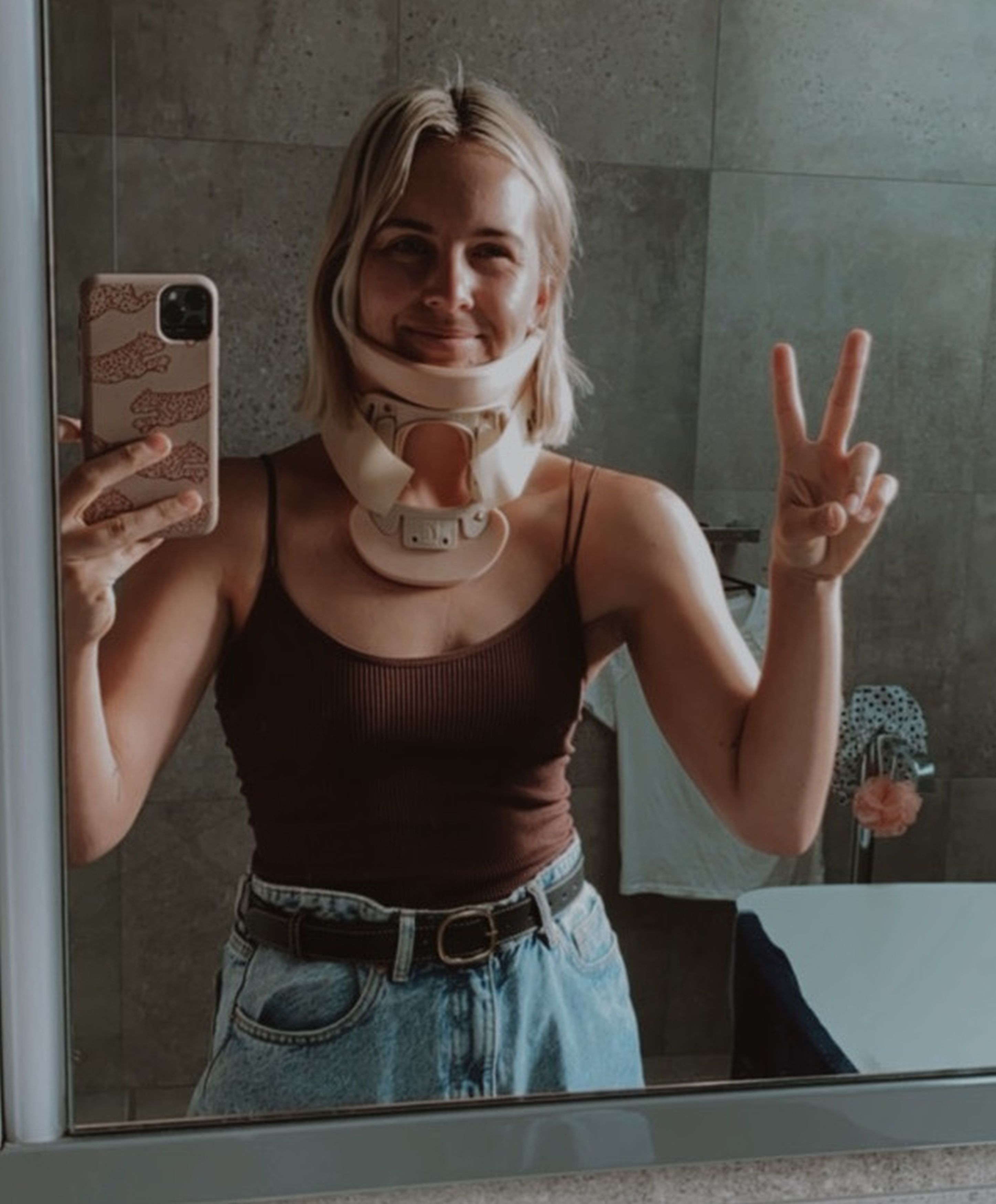 The 25-year-old thought she'd nailed it until she tipped over boyfriend Conner Justin's shoulders, landing on her neck as her body violently folded backwards onto the grass.

Rosie, 19, immediately stopped filming and her terrified family rushed to Millie's side as she rolled over in the middle of her parents' garden to check she could move her limbs.

After being taken to hospital in an ambulance after attempting the move on Christmas Day, doctors watched footage of the incident and were stunned the part-time dance teacher was still able to walk.

Millie posted the video to Instagram later that night and hundreds of users have been left baffled by how she escaped landing so awkwardly from the 8.5ft fall without serious injury.

Footage of failed stunt is so shocking that it left her dad having nightmares, and Millie says he has vowed to delete it from his phone as the clip has upset him so much.

The lift is famed for its use during the (I've Had) The Time Of My Life number in the classic 1987 film Dirty Dancing starring Patrick Swayze and Jennifer Grey.

Grateful Millie has since said she feels "lucky to be alive" and advised partygoers to copy the film by practising the move in the water first and not with alcohol.

Millie, from South Narrabeen, Sydney, Australia, said: "We decided to have a Dirty Dancing competition, but Rosie and her partner didn't get her legs up at all. They were terrible.

"She's a fashion designer and I'm a dancer so I thought we had it in the bag. I told Conner he just had to get my legs up and push, and we would get it nice and straight.

"It all just went so quickly. When we were at the top, it felt like we were holding it for hours. I had my feet pointed, legs stretched. I thought we'd nailed it. 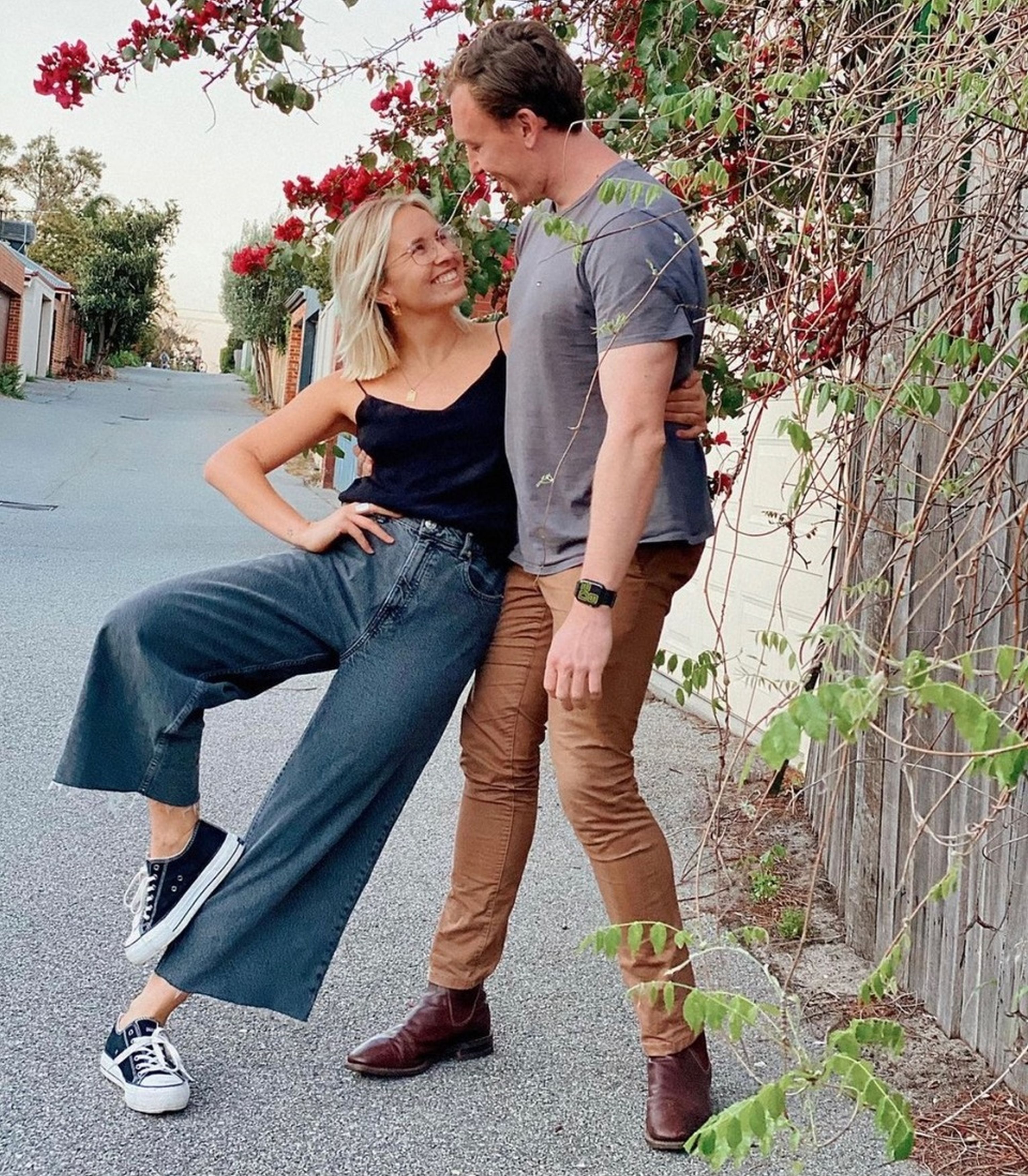 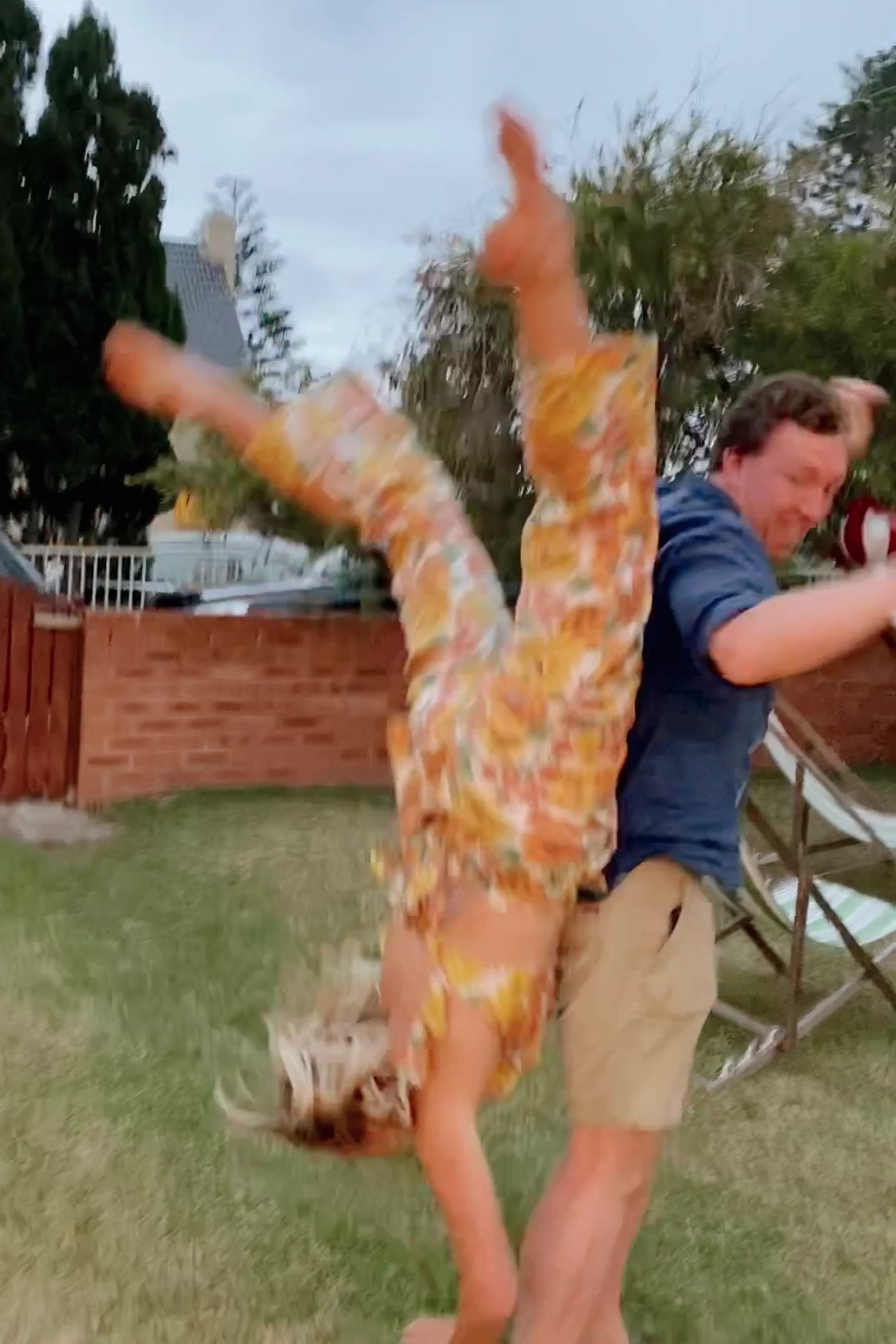 "I kept trying to lift my legs higher and then they got above my head. It went from fine to not fine within like 0.3 seconds. I didn't have time to realise I was falling until I hit the floor.

"I rolled onto my side and checked that I could move my fingers and my toes, because I knew I'd landed badly and it hurt a lot. All my family ran around me and my mum was holding my head.

"It felt like I had broken all the ribs down my left side. Breathing hurt so much, but I managed to stand up. I found it funny because when I'm in a lot of pain I end up laughing instead.

"The first thing I did when I realised someone was filming was ask to see the footage to see if we nailed the lift, and when I saw it I said 'yes, we got to the top of it'.

"But 10 or 15 minutes after, the pain wasn't getting better so we called an ambulance, and at the hospital I could hear all the doctors walking around asking each other if they'd seen the video.

"They were coming up to me saying 'I don't know how you've walked yourself to the ambulance'. They were having a joke about it because I was.

"I didn't have my professional cap on. We'd had a few drinks. But I think having some in my system perhaps helped my fall because I was a little bit more relaxed."

Rosie's footage shows Millie take a run-up before leaping into the arms of nervous 6ft 1in Conner, 26, who lifts the outstretched dancer into the air.

The pair, who often practice Millie's choreography ideas at home, look to have pulled off the feat until she lifts her legs too high, tipping her over Conner's shoulders. 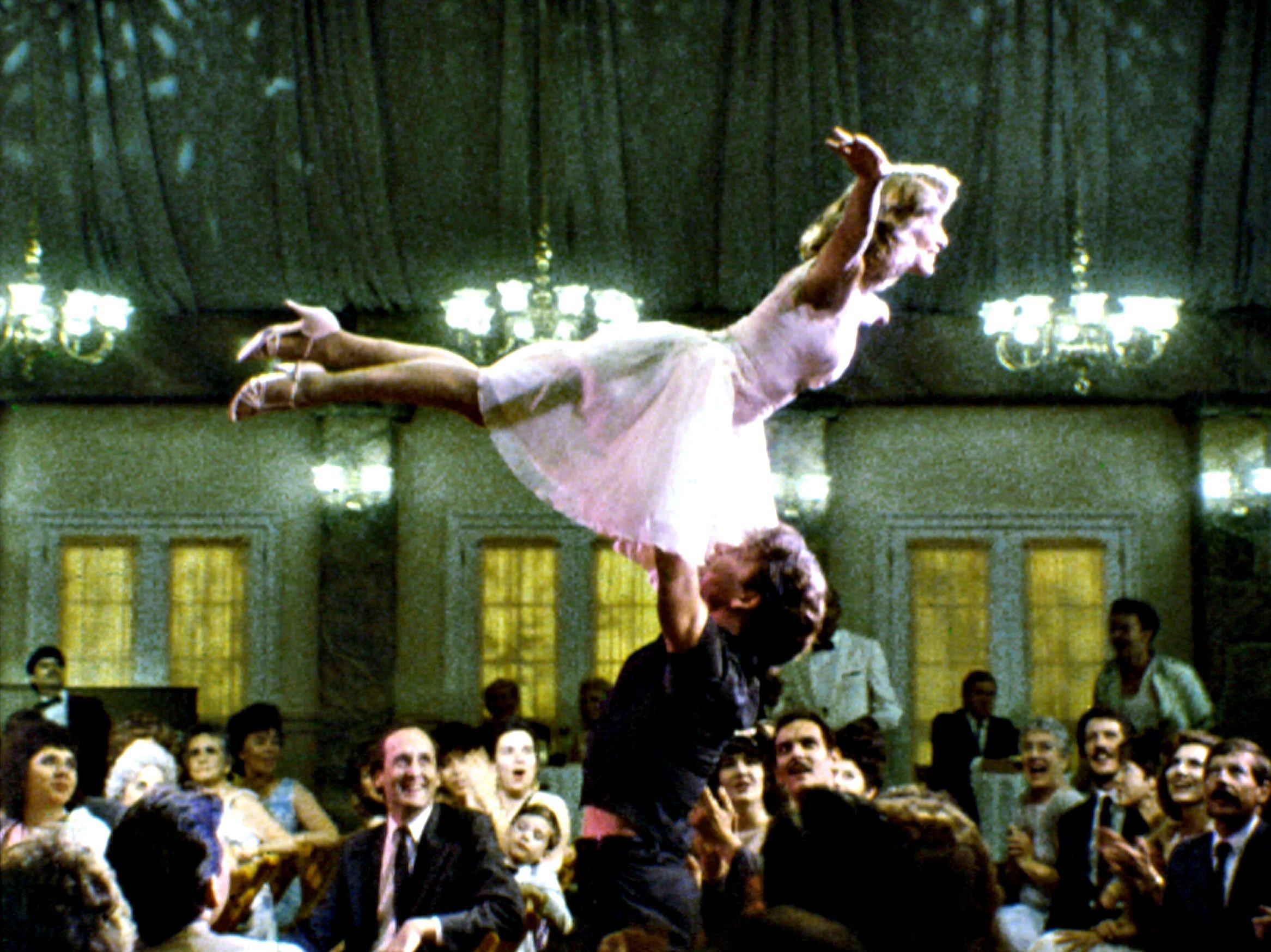 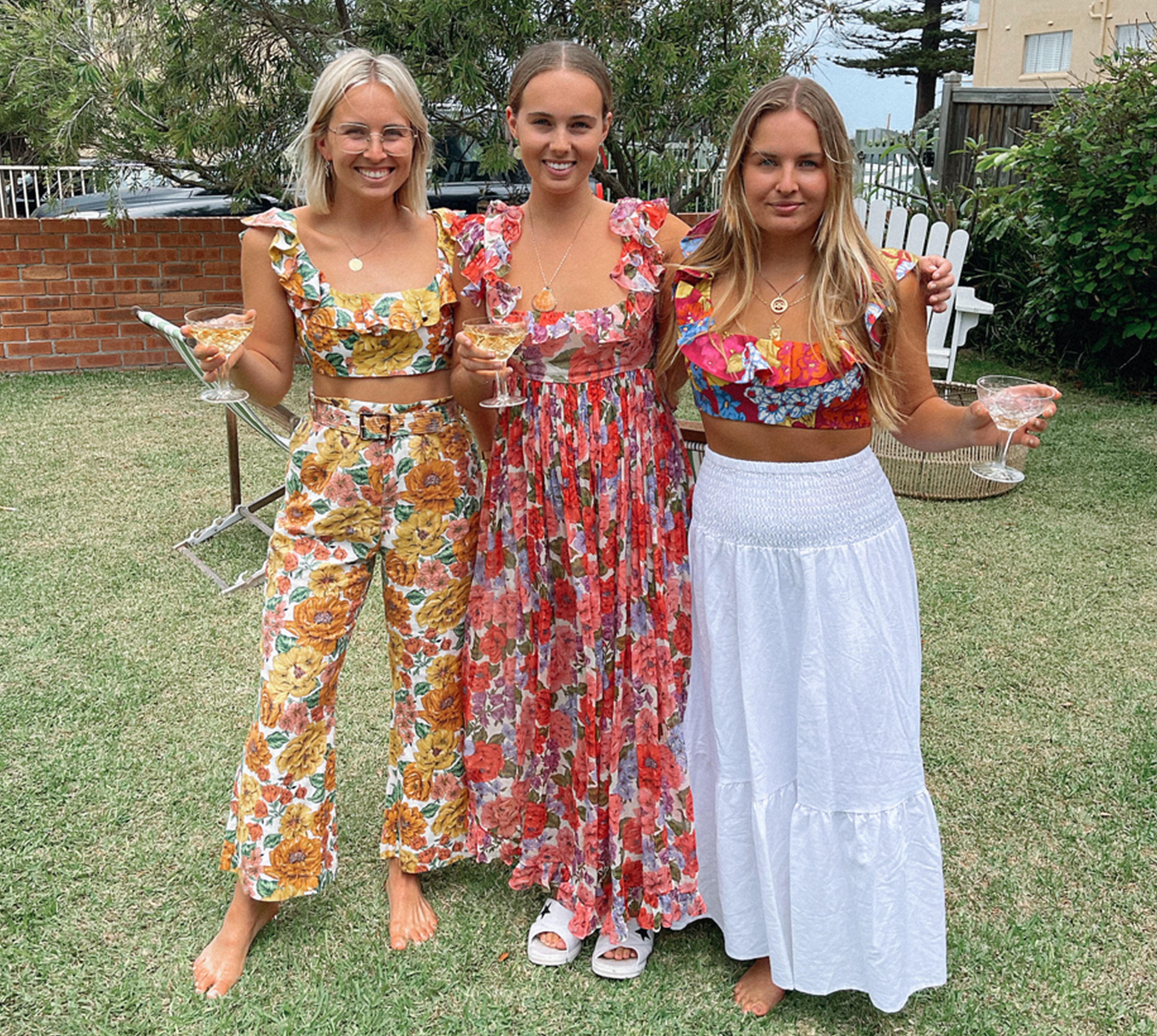 Within a second she dangerously lands on her neck just before the rest of her body crashes down on top of her, seemingly folding her back in two.

She says she was in lots of pain over Boxing Day and was called back to hospital for a CT scan the next day where it was confirmed she'd escaped any damage other than bruising.

Millie, who hosts The Dance Pod podcast, says the doctors used the video to analyse where she was likely to have been injured most, so she's grateful Rosie caught it all on camera.

She says there's been a mixed reaction to the video from friends and others online, and she only realised how lucky she was after seeing the number of messages that flooded in.

Millie said: "It's been overwhelming how many people have called to freaking out and check on me. Some people find it hilarious. Other people can't watch it and say they screamed.

"A night or so after, my dad woke up having nightmares about it ending worse. He's pretty traumatised by it and keeps saying he needs to delete the video from his phone.

"You hear about these freak accidents and people never recover, so after I posted the video it sort of hit me how lucky I was."

Millie and doctor Conner had only relocated back to her home city from Perth two days before Christmas Day, and Covid restrictions allowed them to visit her parents.

Her bruises have since faded and she returned to teach her first dance class of the year last Friday (January 8) with just a stiff neck.

Millie, who says Dirty Dancing is one of her 'favourite films', now thinks it's best to try the famous lift out in a pool or the sea as characters Johnny Castle and Frances 'Baby' Houseman did.

Millie said: "I probably wouldn't recommend trying it after a couple of drinks. Definitely try it in a swimming pool or something first.

"I just wanted it to be perfect straight away but we probably should have practiced and built up to that. It'll be a while before we give that a go again."

In her Instagram post, Millie said: “Disclaimer – I'm fine, just very stiff and sore. #DancingGirlFail. Had to call an ambulance, spent five hours in ED with a neck brace, had a CT and got away with just some bad bruising.”

The video was shared elsewhere online and many questioned whether Millie had escaped without serious injury or even death.

Mark Sweeney said: "She either broke her neck or she's secretly Elastagirl."

Gary Beattle said: "This is too bad to be funny."

Adam Mitchell said: "Did she die?"

Millie replied: "She did not haha."