Photos on social media appear to show his clothes burnt and red marks on his skin after the attack in Liverpool's Lime Street Station. 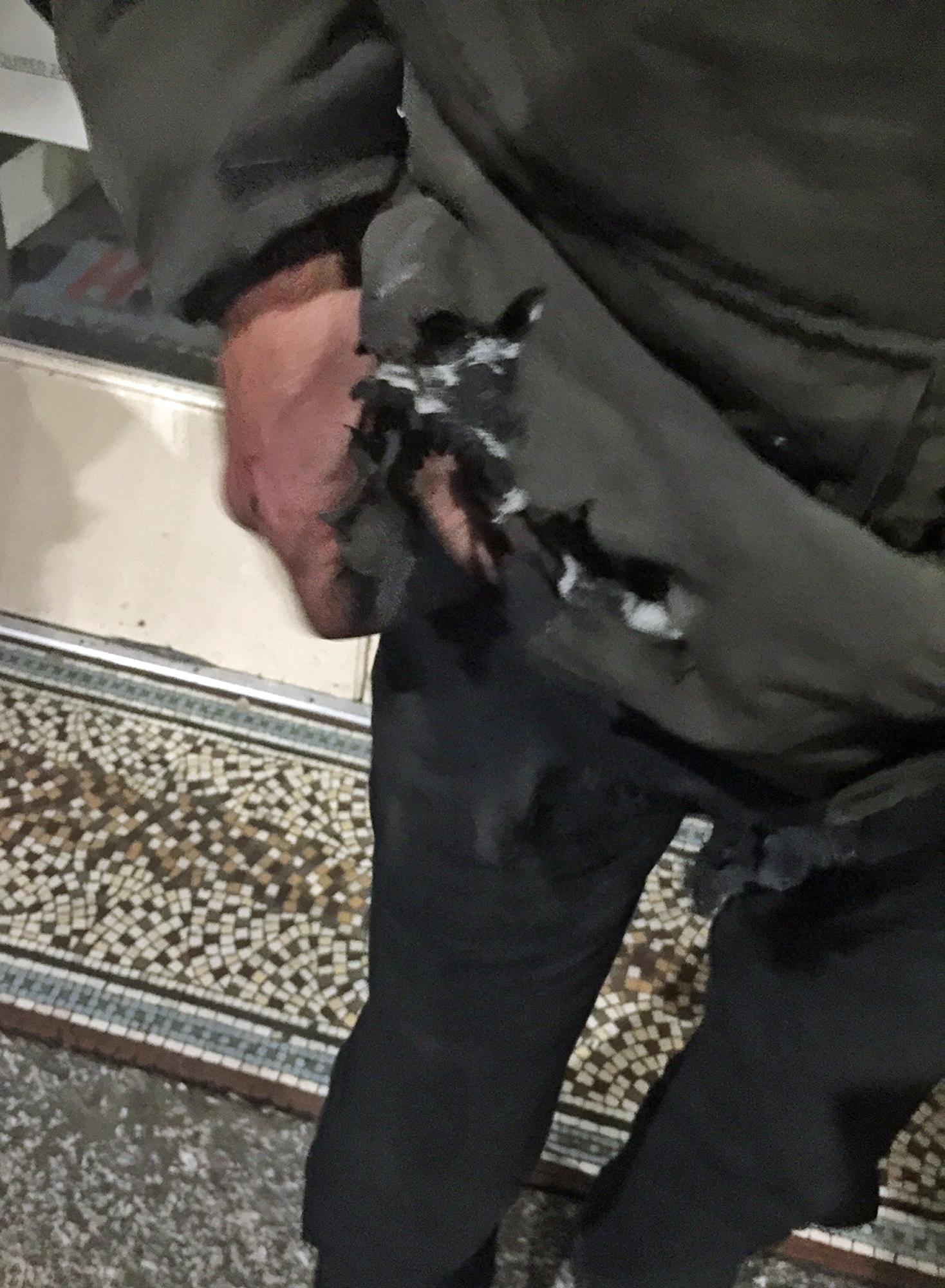 It comes as several emergency services across the country said staff had come under attack on Guy Fawkes Night while going about their duties.

Andy Shute, who volunteers for the Paper Cup homeless project in Liverpool, said the victim was a former Army serviceman who said he was targeted by four teenagers.

He said: "In the worst case we could be looking at a guy having his leg amputated today.

"As they walked past him one of them said 'have a sparking good night mate', and after that he could smell burning and see his jacket was alight. 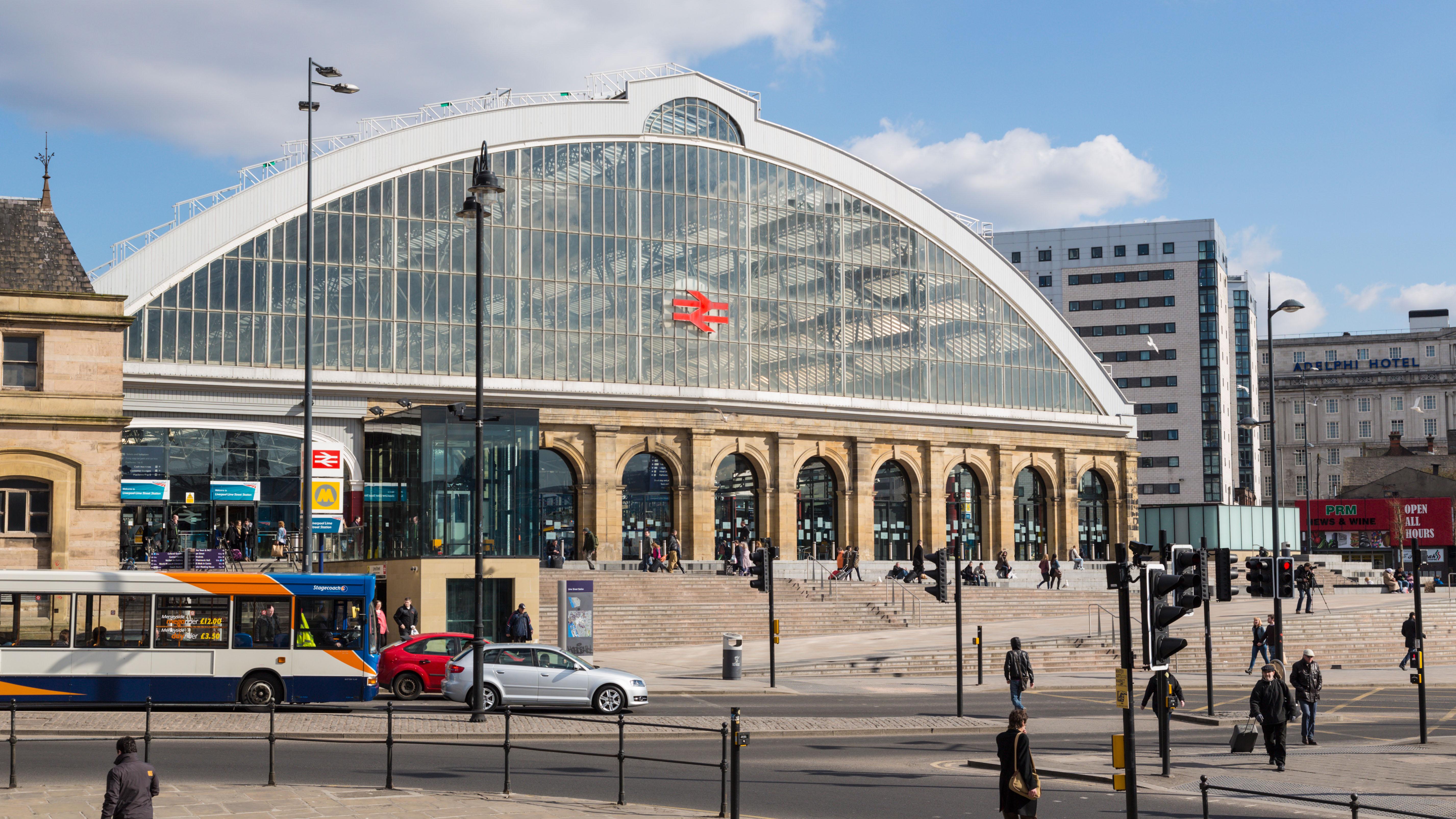 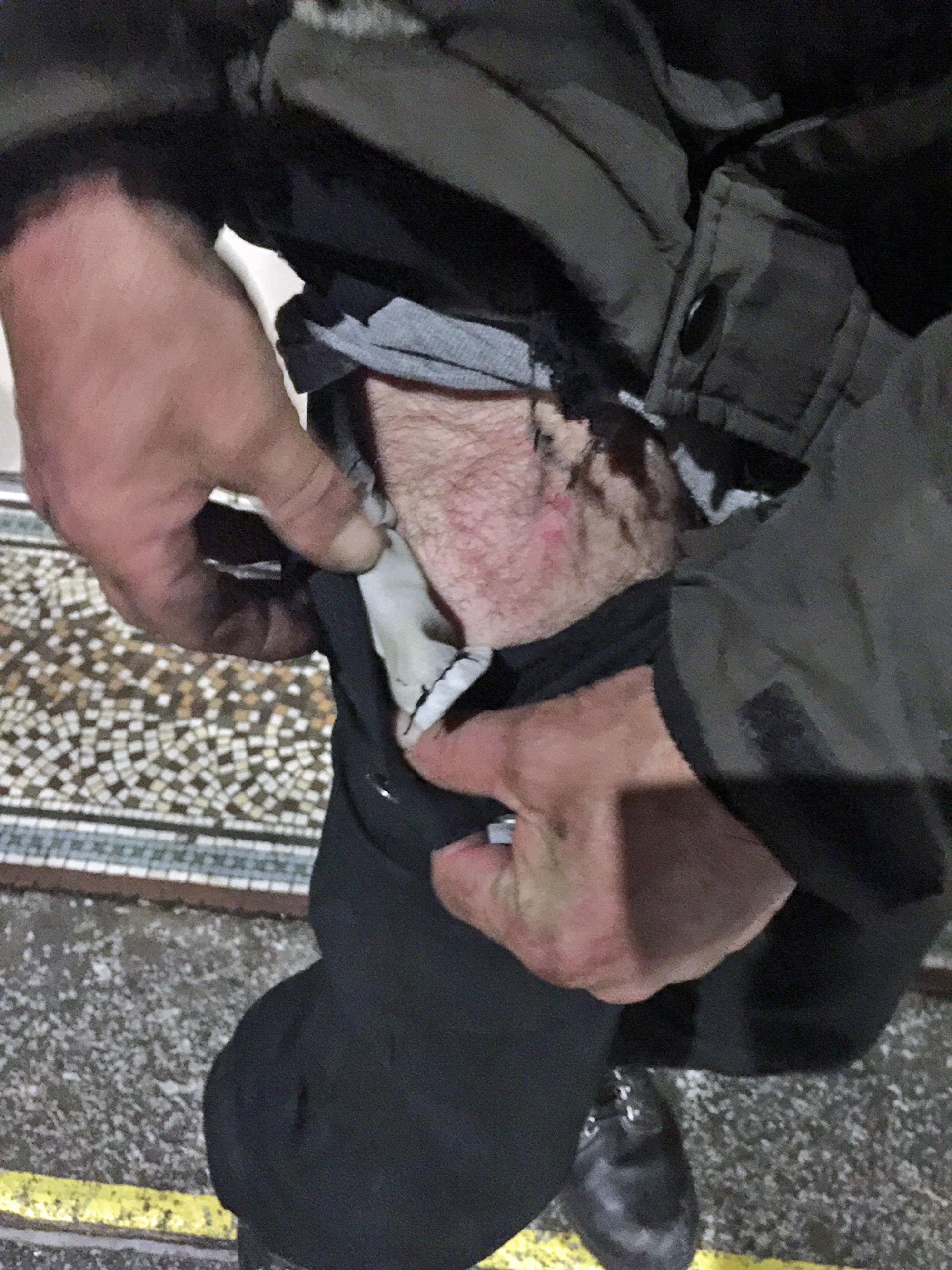 "He said he had dealt with flash bangs in the army and his leg would've been a lot worse were his wallet not in the way.

"It's appalling what people are prepared to do to get their kicks."

Merseyside Police said they had not located the homeless man so far, but inquiries are ongoing.

Chief Inspector Paddy Kelly said: "This appears to be a shocking incident and currently our main priority is to locate the victim and ensure he is safe and well. 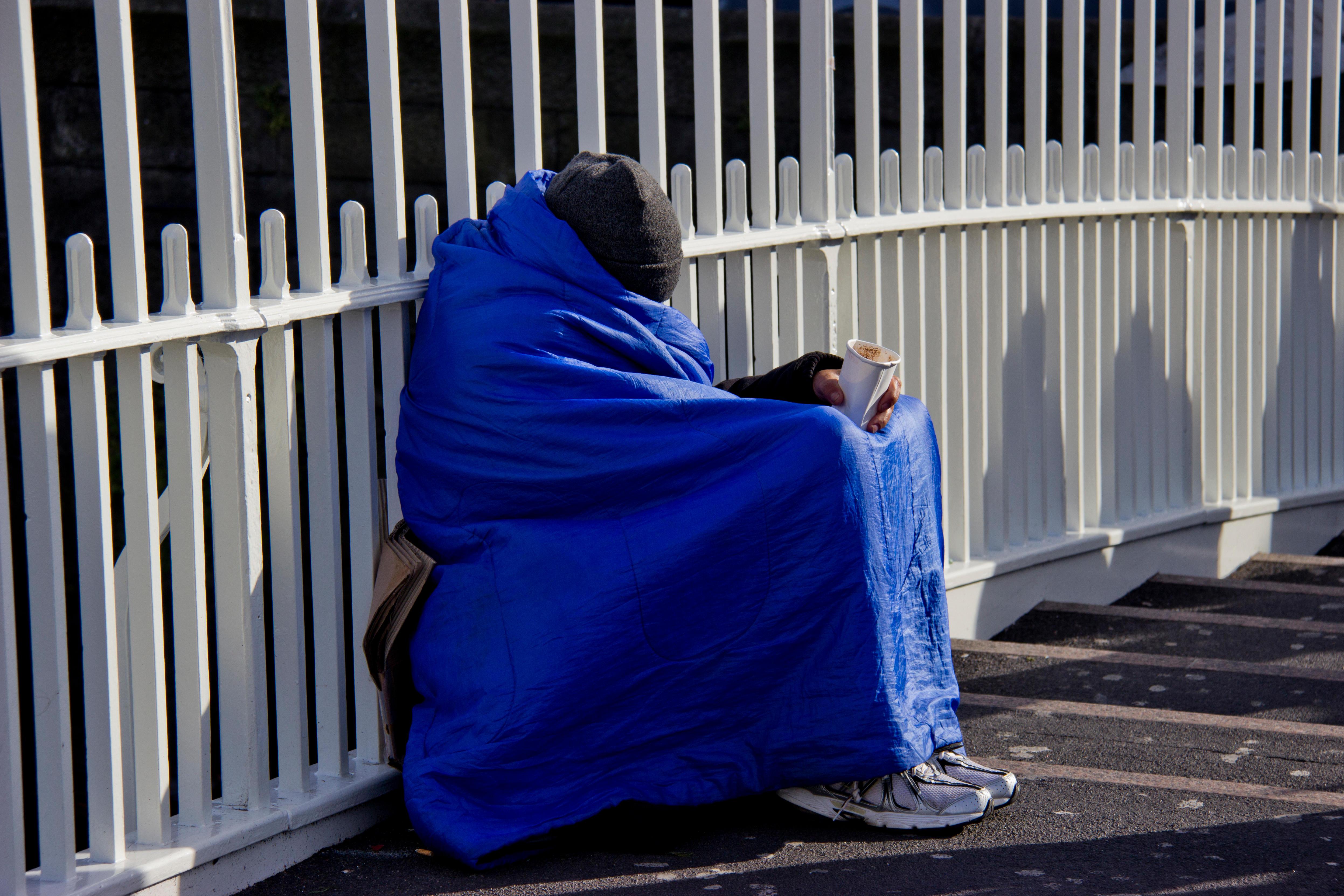 "We are carrying out thorough witness and CCTV inquiries in Lime Street and the surrounding areas and I would urge anyone with information to please come forward."

A short distance away, fire crews escaped unharmed after a man shot a missile in their direction, Merseyside Fire and Rescue service said.

In London, police came under fire from a large group of teenagers, with images on social media appearing to show multiple fireworks being shot at officers in Lisson Grove, Westminster.

Officers were responding to reports of criminal damage to parked vehicles and rubbish bins being thrown into the street.

A Scotland Yard spokeswoman said: "Officers attended and fireworks were thrown towards them. Police managed to disperse the group.

"One man was arrested on suspicion of causing criminal damage to a police vehicle, assaulting police and throwing fireworks."