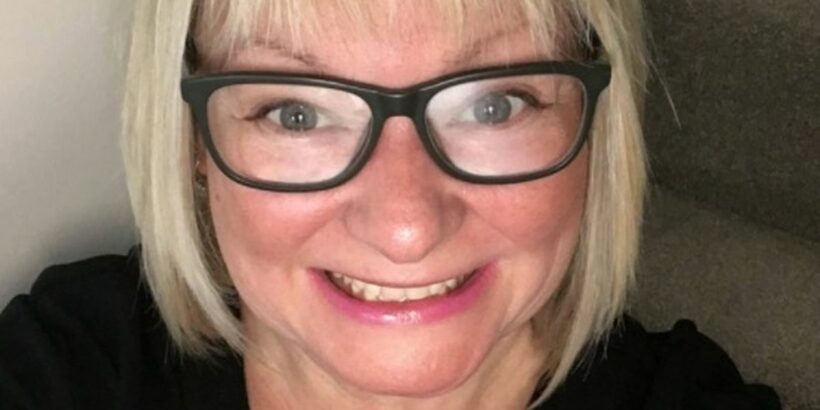 “How could I have been so stupid?”

These are often the words murmured by heartbroken women after learning they’ve been duped in ruthless romance scams.

The lonely singles are usually brainwashed over long periods of time, sometimes even years, before the con artist on the other end of the phone rinses them financially.

And the women who were convinced they had found love are left with nothing.

It has become so common that earlier this year a former British soldier, whose identity is often stolen by criminals, explained why the public shouldn’t judge the victims.

Meanwhile another Brit soldier revealed he was sent death threats by some women caught up in the catfishes.

Below, we look at some of the most bizarre cases, from a mum who sold her car and TV to a gran now skint after believing she’d fallen for her favourite singer.

Retired gran Denise Vick was sure her life was about to change after her favourite singer supposedly told her he loved her.

Denise had been promised diamonds but she was the one who sent him more than £3,500 after he claimed his wife had frozen his bank account.

After learning the harsh truth, she told the Daily Star : “I was so excited and thought I finally don’t have to worry about the future of my grandchildren and I can look after my daughter.

“I let myself dream of the potential. I got totally caught up in it.”

Denise remains a Luke Bryan fan but said it was now hard listening to his love songs.

Divorced mum Nadine Nitz was left living in fear when a fake British soldier threatened to leak sexy snaps she had sent him.

The 44-year-old was so frightened that she agreed to send the scammer more than £5,000.

She told the Daily Star: “The first time I told him I didn’t have money to send him he told me he would put my face on nude photos and make an Instagram account for them.

“At first I couldn’t believe what he said. I was scared. I was really scared. So I sent him a few hundred straight away even though I couldn’t afford to.

“He then apologised and promised he was just kidding and that he loved me.”

Nadine was initially barely able to pay her rent because of the scam – but she’s now doing better after seeing a therapist.

Lesley Poole was conned out of a whopping £160,000 after agreeing to marry a “better looking” version of Paul Hollywood.

But by the time she realised the romance was fake – she had already given up ownership of her home. The 65-year-old from Essex is now living month to month after splashing her savings on a total stranger.

She told the Daily Star: “Being catfished left me devastated and it absolutely broke my heart.

“I say this and can’t actually believe how bloody stupid I was.”

Single mum Julie Price was so desperate to meet her new lover that she sold her car, TV and her nan’s engagement ring to pay for his flights.

Unsurprisingly the man of her dreams was a fraudster who was posing as real-life US serviceman Jonathan Ramos.

Julie, 35, from Portsmouth, was left stranded at the airport and £5,000 out of pocket after the stranger broke her heart.

She told the Daily Star: “Looking back on it, I feel stupid.

“But I had just come out of a long-term relationship and my dad had died just five months before he first messaged me.

“He knew I was vulnerable and that’s how he got me.”

Rachel Elwell lost her entire life savings after using credit cards, loans and her sister’s money for a conman who fabricated his own kidnapping.

The scammer told Rachel he would remain captured until he could pay back Russian loan sharks.

Desperate, and despite warnings from her bank Santander, Rachel gave away a total of £133,000.

Rachel was eventually left feeling “suicidal” after realising it was all a sophisticated money-driven lie.

Afterwards she said: “We had a lot in common. Both had dogs, liked walking, dancing and travelling.

"Our conversations felt honest and open and we planned to meet when Covid restrictions eased."

Meanwhile a Santander spokesperson added: “We have the utmost sympathy for Ms Elwell and all those who fall victim to the criminals who carry out these scams.

"Unfortunately, despite repeatedly warning her of the dangers of transferring money to someone she hadn’t met and directly raising our concerns that this was a scam with Ms Elwell and the police, she confirmed she wanted to proceed with the payments."