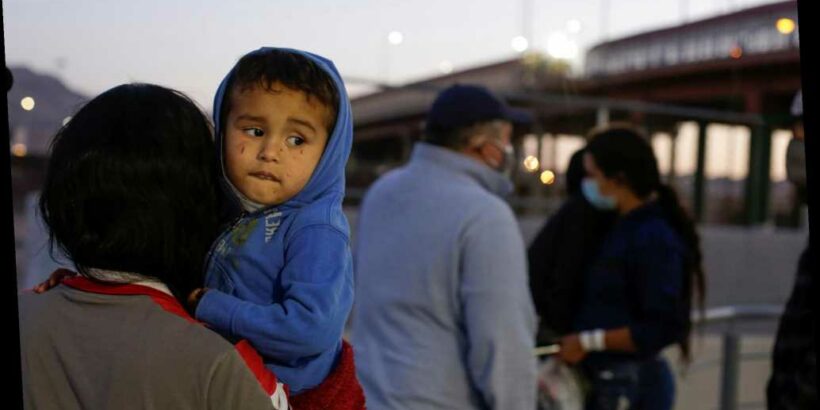 Biden is only opening the border even wider

House OKs path to citizenship for millions, including ‘Dreamers’

Letters to the Editor — March 19

New lies about Hunter Biden’s laptop and other commentary

A top US border official insisted Thursday that the Biden administration will be “more aggressive” in telling migrants not to come to the US.

“The way to come to the United States is through legal pathways,” she added.

She also told the news outlet that the US will ramp up its messaging effort, using social media, radio and non-governmental organizations in Guatemala, El Salvador and Honduras.

“We’re going to be more aggressive, more agile about getting our message out, we’re going to try and combat the smugglers’ messages and make sure that people understand the truth,” she vowed.

The stern warning comes after earlier ones failed to stem the flow of thousands of Central Americans to the US-Mexico border.

The administration is now wrestling with a mounting humanitarian crisis, where a spike in the number of migrants fleeing violence, natural disasters and economic hardship in Central America is testing President Biden’s commitment to a more humane immigration policy.

On Thursday, White House press secretary Jen Psaki admitted there’s a “crisis on the border” with Mexico — using a term that administration officials previously refused to apply to the spiraling migration surge.

US officials also are struggling with a surging number of unaccompanied kids, many of whom have been stuck in jail-like border facilities as they await placement in overwhelmed government-run shelters.

The Biden administration’s message to migrants has become stricter in recent days amid intense criticism from opposition Republicans that the president’s relaxation of some of previous President Donald Trump’s policies has encouraged people to come to the US.

Initially, US officials said migrants should not come now, but that they could come later.

In an interview with ABC on Tuesday, Biden took a firmer poisition, telling migrants “Don’t come” and that they would soon be able to “apply for asylum in place.”

On Thursday, Jacobson doubled down on that tougher tone, stressing that the US policy was to expel migrants trying to cross the border illegally, with the exception of unaccompanied children.

Last month, US border authorities caught about 100,000 migrants at the Mexican border — the highest monthly total since mid-2019, Reuters reported.

Roughly 4,500 children were being held in border facilities as of Thursday, an administration official told reporters, a slight increase from Sunday.

Biden officials have said migrant families will be “expelled” to Mexico or their home countries under a Trump-era health order, but more than half of the 19,000 people caught at the border in February were not expelled, with many released into the US.

Jacobson said the expulsions were limited by a lack of capacity in Mexico to receive them.

“Those numbers are going to change, frankly, from week to week, but the policy is that families will be expelled,” she told Reuters.