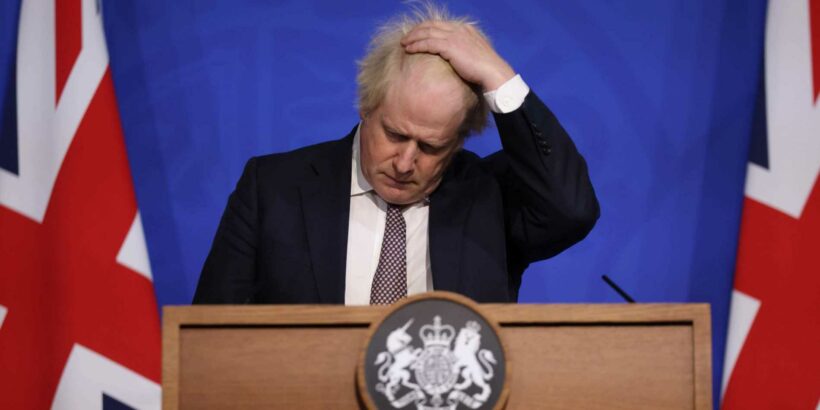 BORIS Johnson has tonight unveiled a new plan to fight against the Omicron Covid variant and save Brits from a Christmas lockdown hell.

The PM confirmed that it will now be mandatory for people to wear masks in shops, galleries, and on public transport in England – and the exact rules on face coverings will be set out soon. 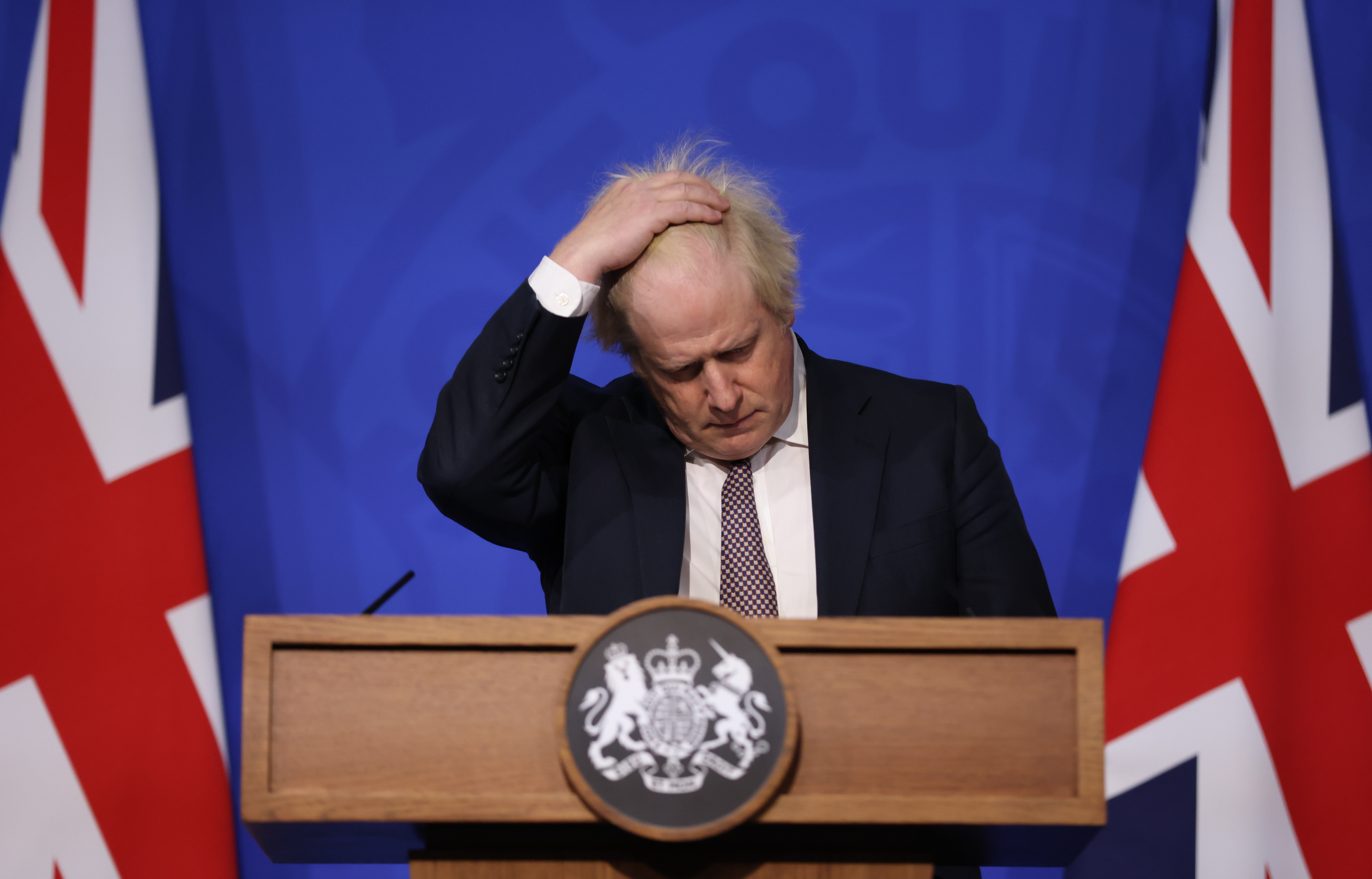 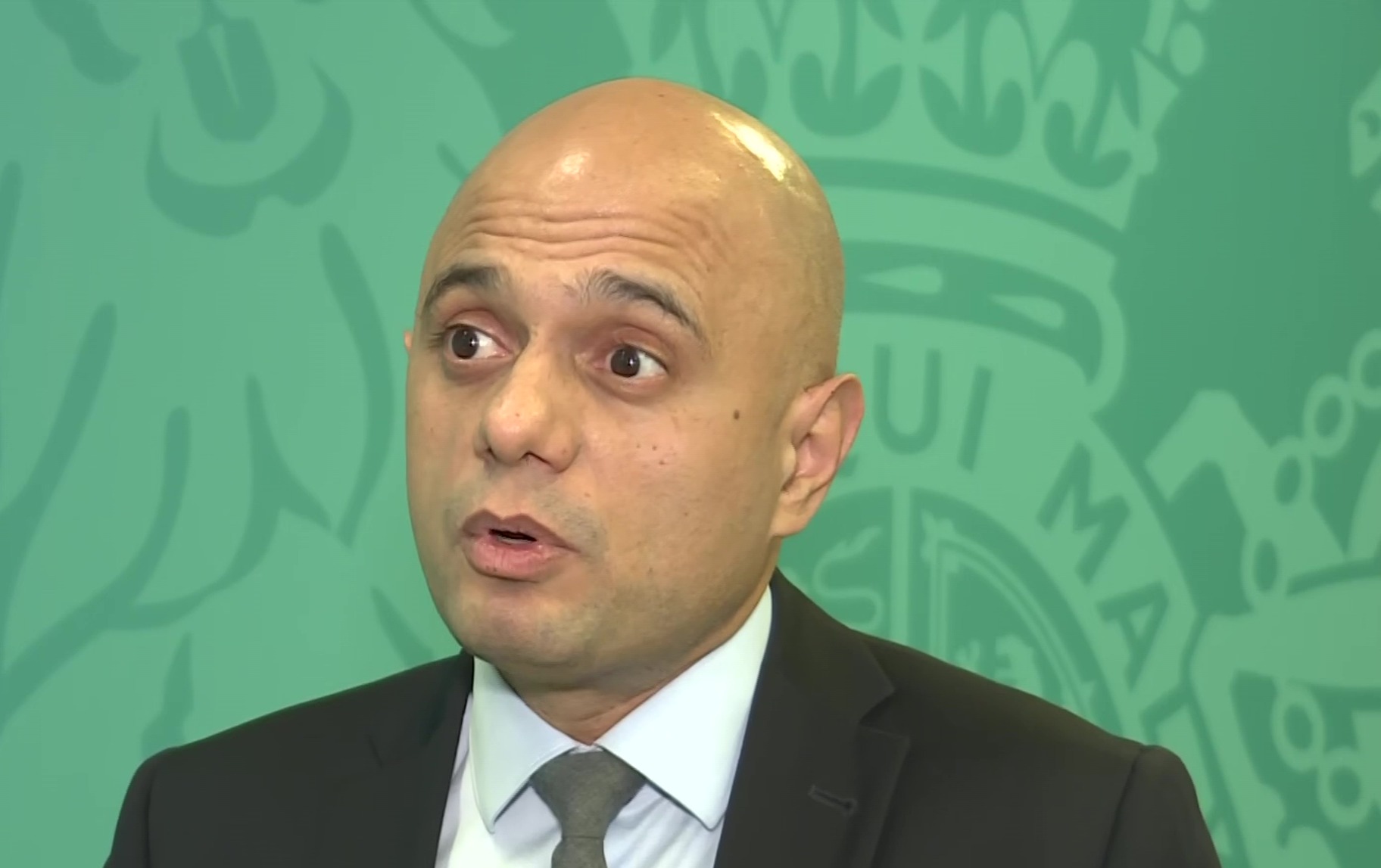 Boris promised that despite the growing concerns, Christmas "will be considerably better than last year."

The Prime Minister spoke alongside Sir Patrick Vallance and Professor Chris Whitty – and said the new tightened rules on mask-wearing is the "responsible course of action" in a bid to stop the spread of the new mutant virus.

Brits must now wear a face mask on trains, buses, and in shops ahead of the Christmas period.

But Boris did not give a date for when the new mask-wearing restrictions will be enforced, but Sajid Javid will tell Brits "in the course of the next day or so."

And now travellers arriving into the UK will have to take a mandatory PCR test on or before day two – and they must isolate until they get a negative result.

This is a mandatory change for anyone travelling to the UK, from any country abroad.

Travellers were previously able to take a lateral flow test after arriving in the country.

Contacts of people who have tested positive for the new mutation Omicron will also have to isolate for 10 days – regardless of their vaccination status, the Prime Minister said.

Brits are still being urged to continue going into working instead of working from home, despite the growing Covid concerns.

The PM said that this is because differences between the Delta and Omicron variants means we have to use slightly different tactics and approaches to battle the virus.

Boris said that these new restrictions will be reviewed in three weeks.

Chris Whitty made a Christmas plea for Brits to raise glasses to “the extraordinary scientists” who developed the vaccines this Christmas, adding that we’re in a "different place" this year because of them.

"But we will require anyone who enters the UK to take a PCR test by the end of the second day after their arrival and to self-isolate until they have a negative result.

"Second, we need to slow down the spread of this variant here in the UK, because measures at the border can only ever minimise and delay the arrival of a new variant rather than stop it all together.

"We will require all contacts of those who test positive with a suspected case of Omicron to self-isolate for 10 days regardless of your vaccination status.

"We will also go further in asking all of you to help contain the spread of this variant by tightening up the rules on face coverings in shops and on public transport."

Mr Johnson continued: "Third, and most importantly, we need to bolster our protections against this new variant.

"We don't yet exactly know how effective our vaccines will be against Omicron but we have good reasons for believing they will provide at least some measure of protection.

"If you're boosted, your response is likely to be stronger so it's more vital than ever that people get their jabs and we get those boosters into arms as fast as possible.

"From today we're going to boost the booster campaign, we're already planning to do six million jabs in England alone over the next three weeks and now we're looking to go further.

"The Health Secretary has asked the JCVI (Joint Committee on Vaccination and Immunisation) to consider giving boosters to as wide a group as possible as well as reducing the gap between your second dose and your booster."

Transport Secretary Grant Shapps confirmed tonight that face coverings will be required on public transport and "in some other indoor settings".

He tweeted: "With the first cases of Omicron variant identified in the UK, we're taking extra measures to protect public health.

"All fully vaccinated arrivals to the UK are required to self-isolate when they arrive, take a PCR test on or before day 2, and continue to self-isolate until they receive a negative result.

"For those who test positive, they must isolate for 10 days. There will be no change for unvaccinated travellers. People will also now be required to wear a face covering on public transport and in some other indoor settings.

"These are targeted measures to provide confidence and protection, and we will review these measures in three weeks to ensure they are working effectively."

The cases are linked and both infected people are isolating with their families, the Health Secretary added.

The infected people travelled to the UK from southern Africa – where an explosion of new Omicron cases have been reported.

In a bid to combat the spread, Angola, Mozambique, Malawi and Zambia have been added to the UK Government's red list meaning arrivals must isolate at home for 10 days from 4am tomorrow.

Targeted testing is also being rolled out in Nottingham and Chelmsford as a "precaution".

"I was informed that they have detected two cases of this new variant, Omicron, in the United Kingdom.

"One in Chelmsford, the other in Nottingham."

He added in a statement: "Thanks to our world class genomic sequencing we have been made aware of two UK cases of the Omicron variant.

"We have moved rapidly and the individuals are self-isolating while contact tracing is ongoing.

"We will do all we can to protect the UK public against this emerging threat and that is why we are surging testing capacity to the impacted communities and introducing travel restrictions on a further four countries: Malawi, Mozambique, Zambia and Angola.

"We will not hesitate to take further action if required.

"This is a stark reminder that we are not yet out of this pandemic.

"Getting the vaccine has never been more important – please come forward for your first jab if you haven’t already and if eligible, book your booster as soon as possible."

Senior Government scientists earlier warned the mutant variant was the “worst variant they have seen so far” – with vaccines expected to be at least a third less effective against it.

The strain was behind an explosion of new cases in South Africa, with some regions seeing a six-fold rise in infections in a matter of days.

The Government yesterday clamped down on travel from African, slapping six African countries on the travel red list.

And now, in line with updated advice from the UKHSA, from 4am Sunday Malawi, Mozambique, Zambia and Angola will be added to the travel red list.

It comes as fears of a second Christmas lockdown grow, with Prof Adam Finn, from the Joint Committee on Vaccination and Immunisation, warning Brits to be "ready for the possibility of a change in the restrictions”.

MrJavid said the new variant identified in South Africa “may be more transmissible” than the Delta strain and added “the vaccines that we currently have may be less effective”.

Officials are also desperately trying to trace thousands who have arrived from South Africa in the past ten days.

Scientists said the new strain was unlikely to be in the UK, but with up to 700 people flying in a day, they could not rule it out.

Dr Susan Hopkins, chief medical adviser at the UK Health Security Agency, said it was "always possible" the variant had reached the UK.

Asked on BBC Radio 4's Today Programme if it was in the UK, she said: "It's always possible, we have no cases identified whatsoever yet." 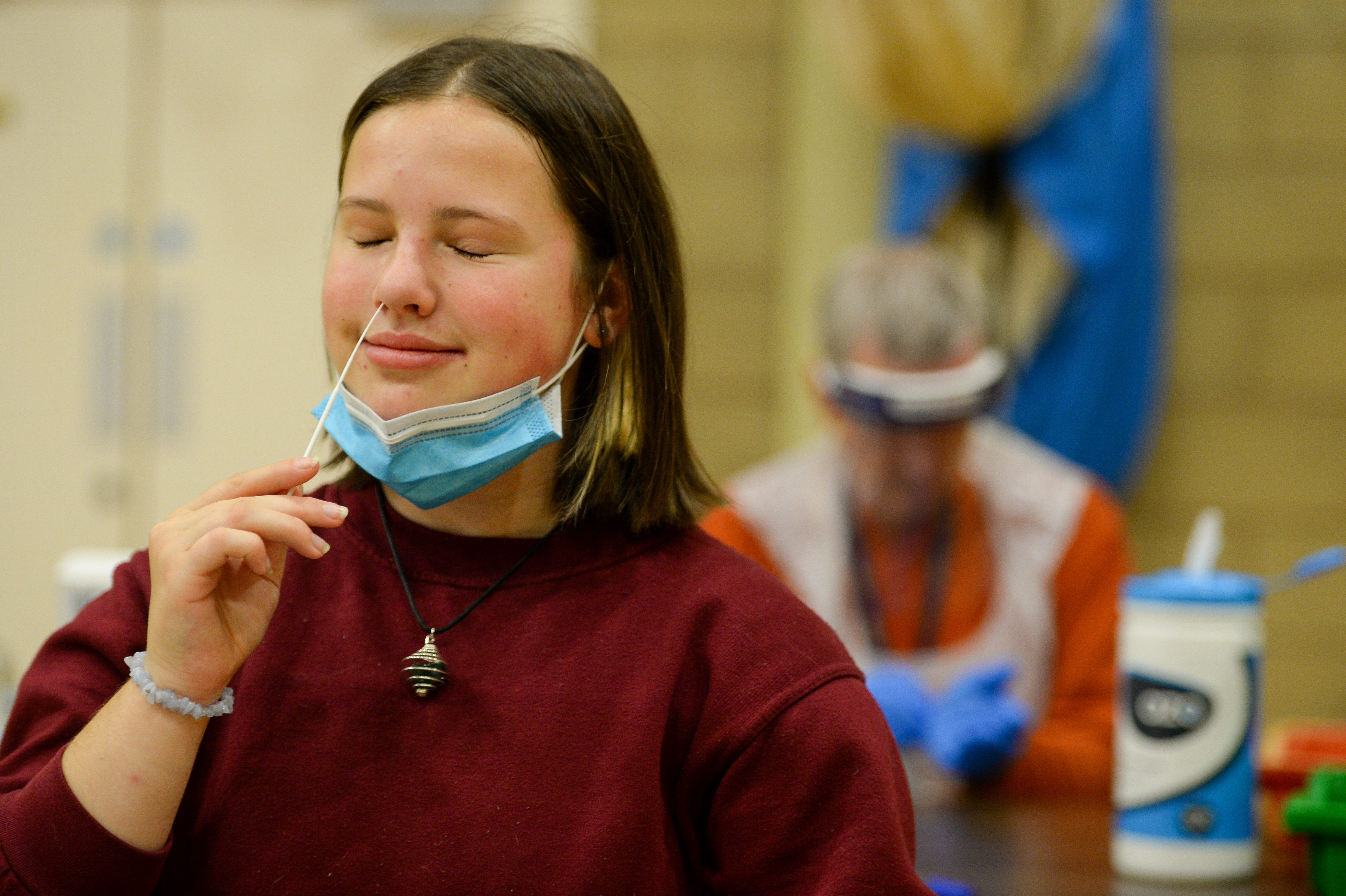