The Foreign Secretary’s powerful new intervention comes in an article for The Sun today to mark the second anniversary of the EU referendum. 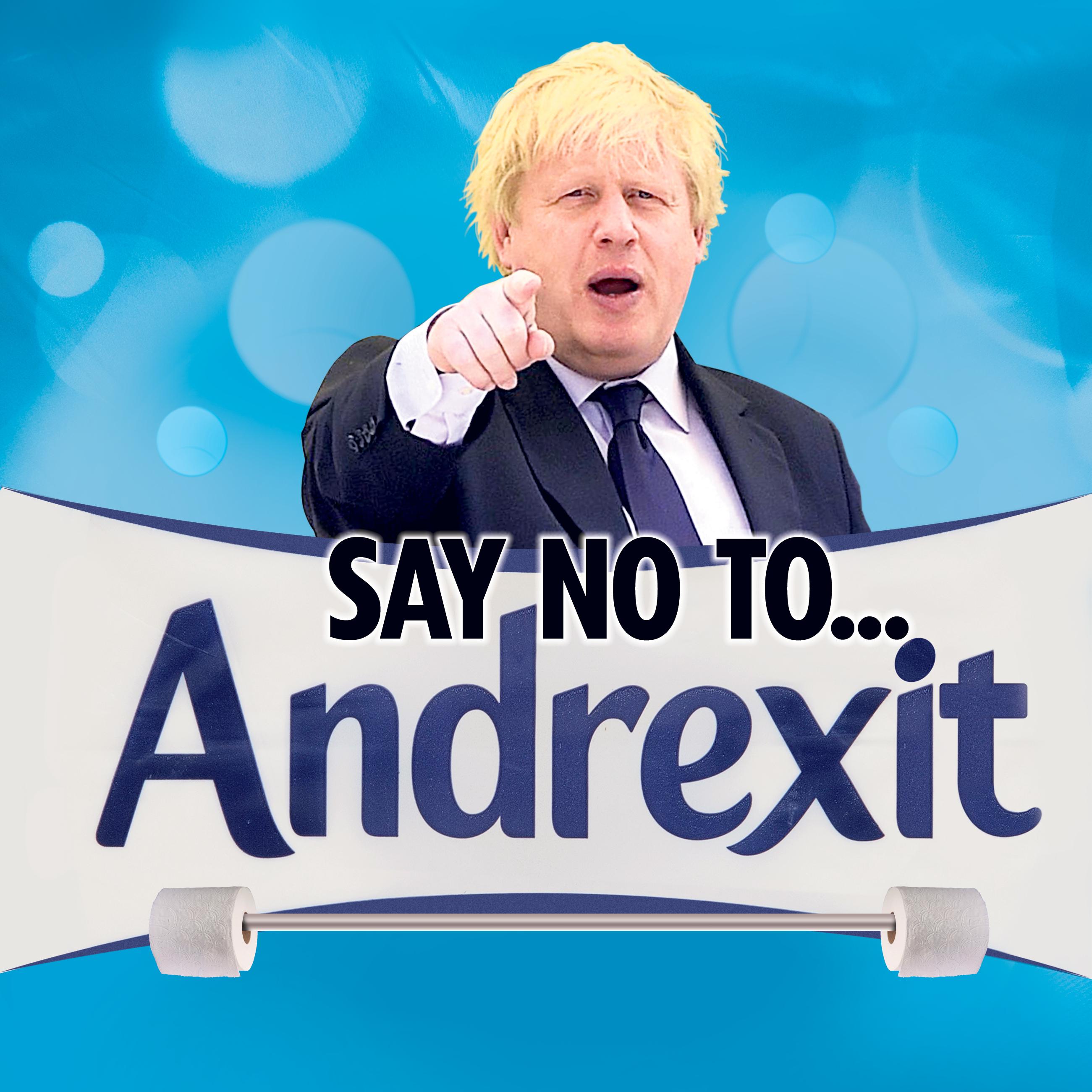 The Leave campaign boss speaks out just 12 days before the Cabinet meets at Chequers for a final showdown on what to ask the EU for in a future relationship.

It emerged this week that pro-Remain Cabinet ministers are pushing the PM to offer Brussels a major compromise that could see the UK staying in the single market for goods only.

Insisting the 17.4 million Leave voters would not put up with that, Boris writes: “Across the country I find people who – whatever they voted two years ago – just want us to get on and do it.

“They don’t want a half hearted Brexit. They don’t want some sort of hopeless compromise, some perpetual pushme-pullyou arrangement in which we stay half in and half out in a political no mans land – with no more ministers round the table in Brussels and yet forced to obey EU laws.” 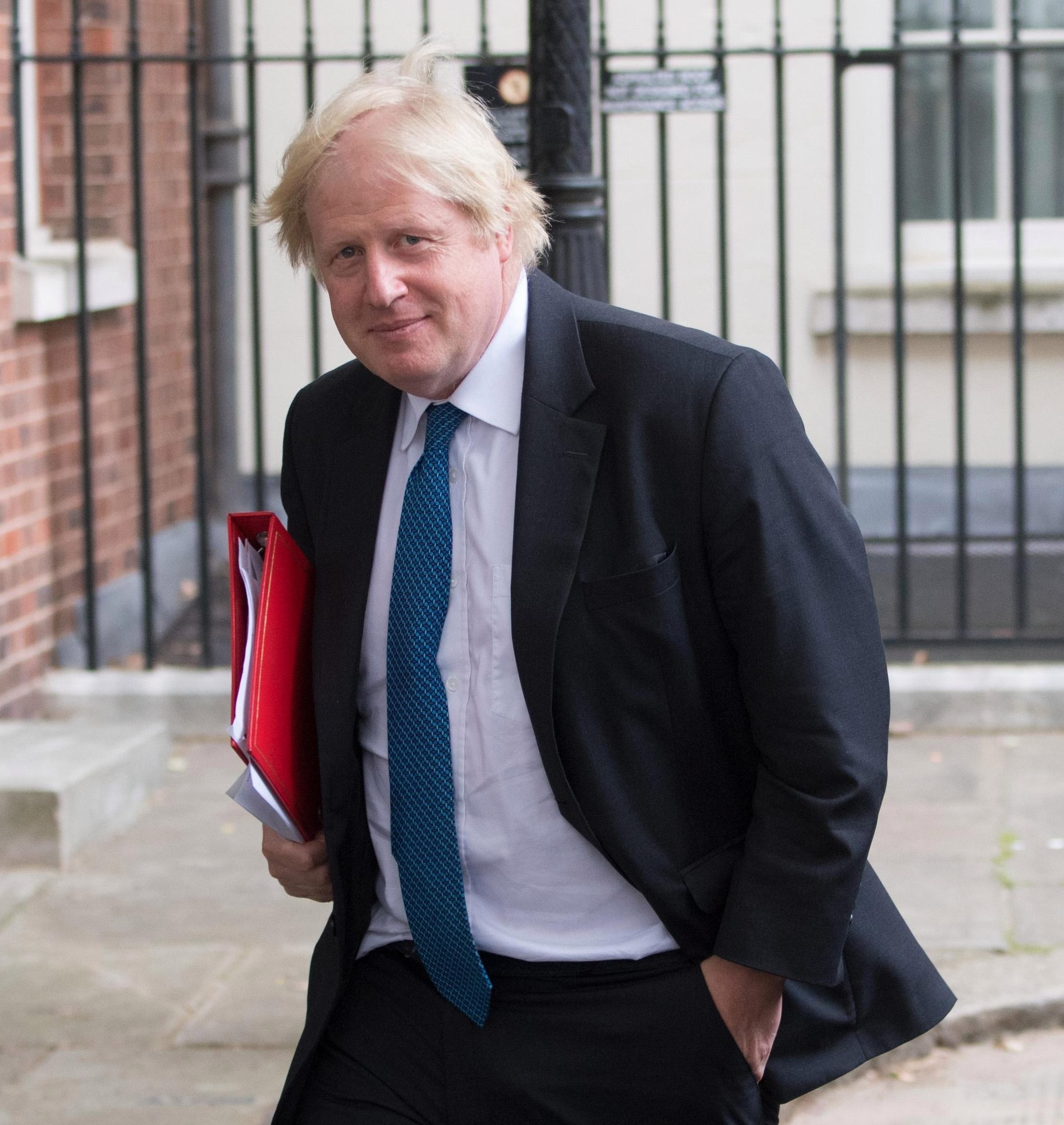 “They want this government to fulfil the mandate of the people – and deliver a full British Brexit.”

As well as the new single market threat, business bosses are also stepping up their calls to extend the two year transition period to keep the UK under the EU’s rules for many more years.

Plane maker Airbus yesterday warned the current period was too short for it to make changes to its supply chain to mainland Europe. 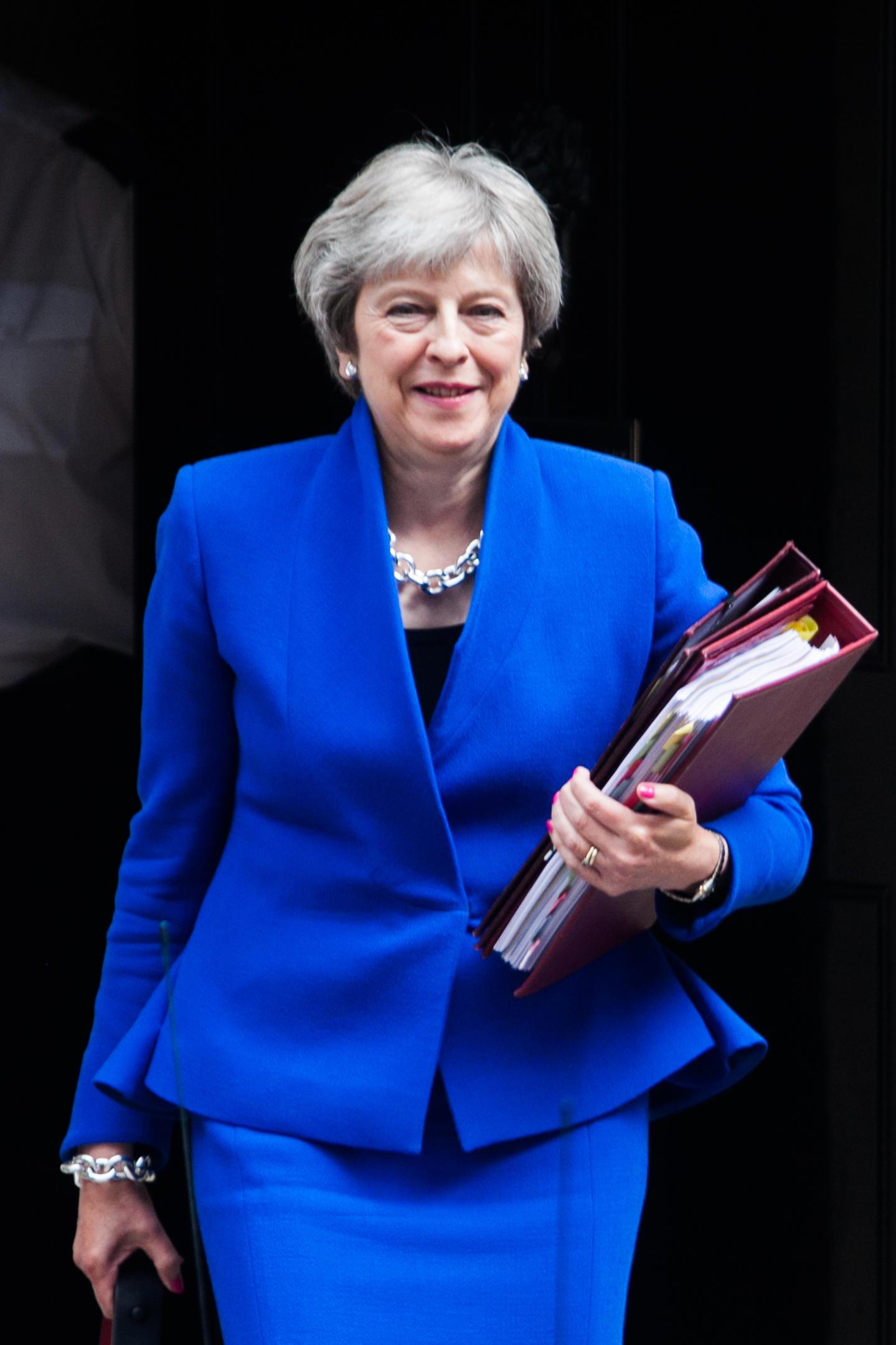 Chancellor Philip Hammond and Business Secretary Greg Clark are urging No10 to listen to the calls and extend the glide path out.

But Boris brands the alarms as “the same old project fear stuff that we ignored two years ago”.

Instead, he insists “the doomsters have been routed” with record low unemployment, the FTSE up and foreign investment up.

Boris also heaps praise on “the courage and determination” of Mrs May for also ignoring the doubters – in remarks that will be seen as a thinly veiled warning to her not to now give in to them at this critical stage. 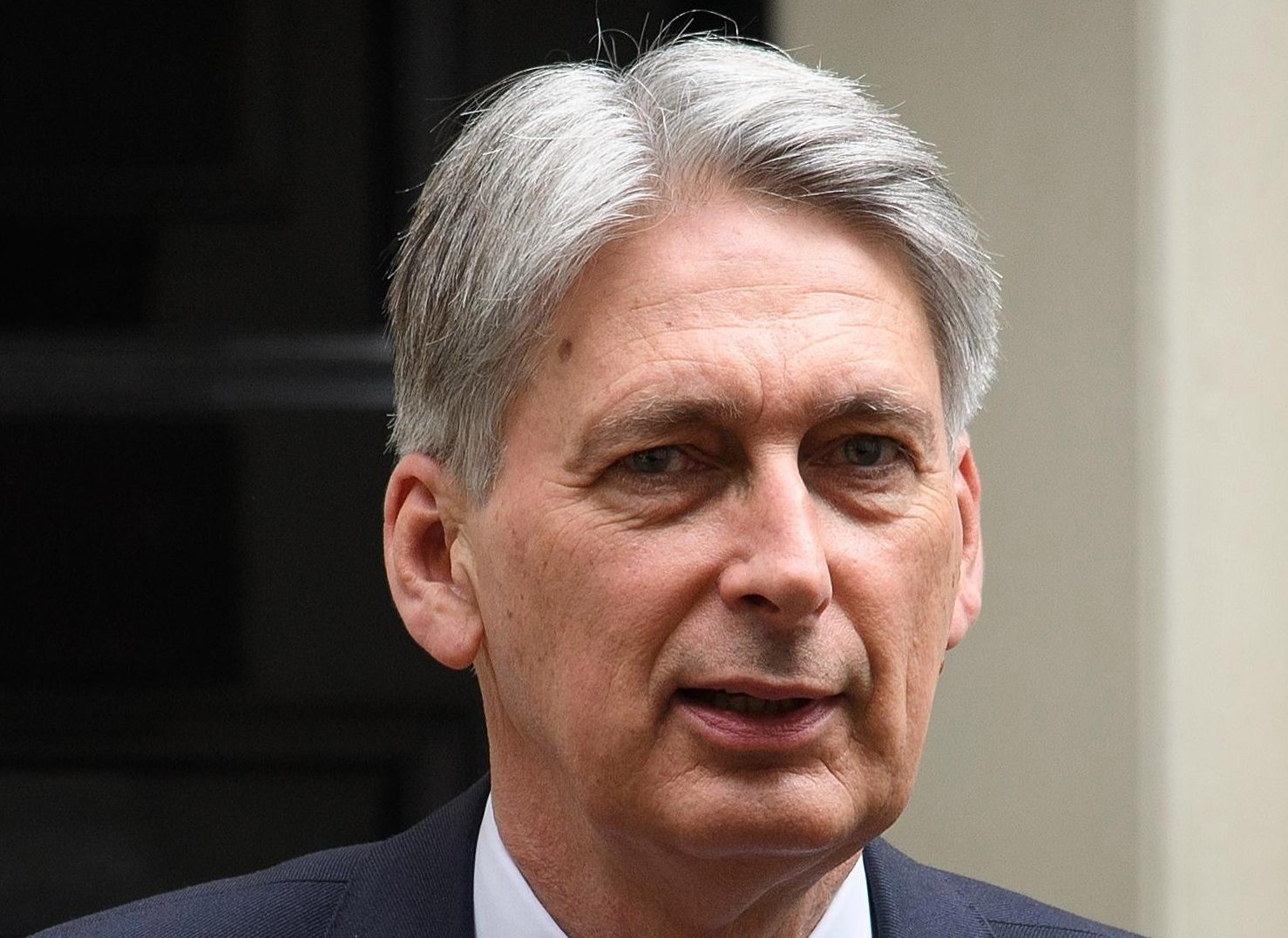 Downing Street insisted the Prime Minister has no intention of delaying Brexit, or keeping Britain under EU oversight by staying in any part of the single market.

A senior No10 source said: “The PM’s view is the implementation period ends in 2020, and that is the point where we will be fully free to strike our own trade deals.

“She fully understands the public wants us out by that point, and that is what she will deliver.”

Under the proposal, the UK would be free to make its own rules on services, such as banking and law, but have to follow Brussels dictats for hard goods, such as manufacturing products.

In an interview with the BBC, Dr Fox dubbed it “unacceptable” to him, adding: “It would imply the acceptance of free movement of people and it’s likely to mean oversight by the European Court”.

Meanwhile it came as the Business Secretary warned Theresa May Britain had to secure the free movement of UK workers in the EU.

Greg Clark said restricting the ability of British workers to travel on the continent would be as dangerous to the economy as a hard border.

He said: “So far  the debate has focused mainly on goods. About how our new customs arrangements with the EU need to keep the borders flowing and avoid costly delays and paperwork.

“But in order to provide services, it is people who must not be held up.”

'The people want us to deliver a full British Brexit'

IT WAS two years ago today that the people of this country stunned the world, writes Foreign Secretary Boris Johnson.

They defied the experts. They stuck up two fingers to the gloom merchants. They disobeyed the warnings of every major political party. 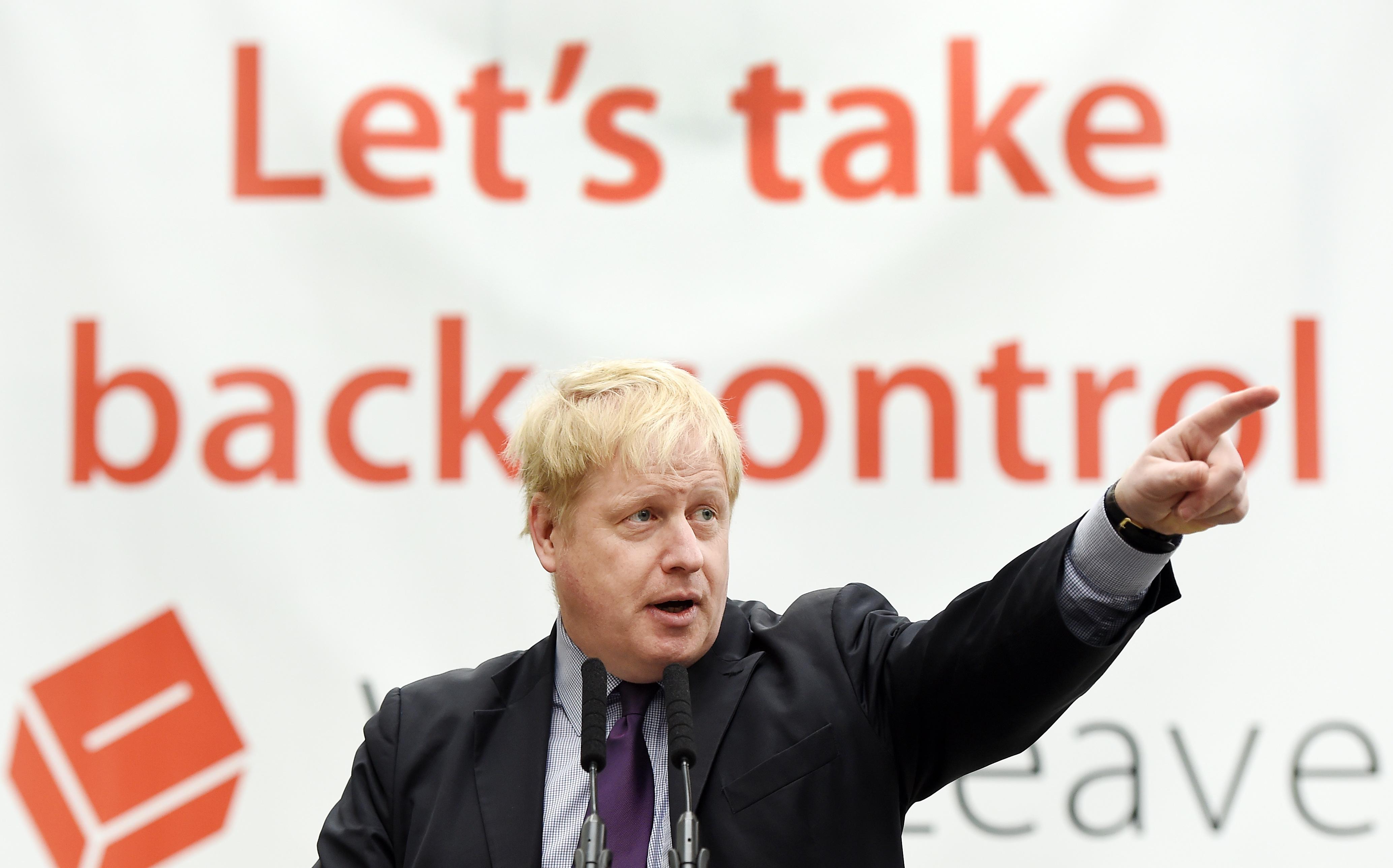 They politely refused to be cowed by the miserablist predictions of everyone from Barack Obama to Eddie Izzard to Polly Toynbee.

We voted to leave the bosomy lavender scented embrace of the European Union after 45 years of membership.

In a heroic act of national self belief we decided to take back control of our laws, our borders, and all the cash that we send to Brussels (a gross figure that is not unadjacent, as I never tire of saying, to £350m a week and rising to over £400m by 2021).

And in the 24 months that have passed we have seen that confidence vindicated. the doomsters have been routed.

We were told that if we voted leave then unemployment would rise by half a million.

We were told the stock market would collapse. 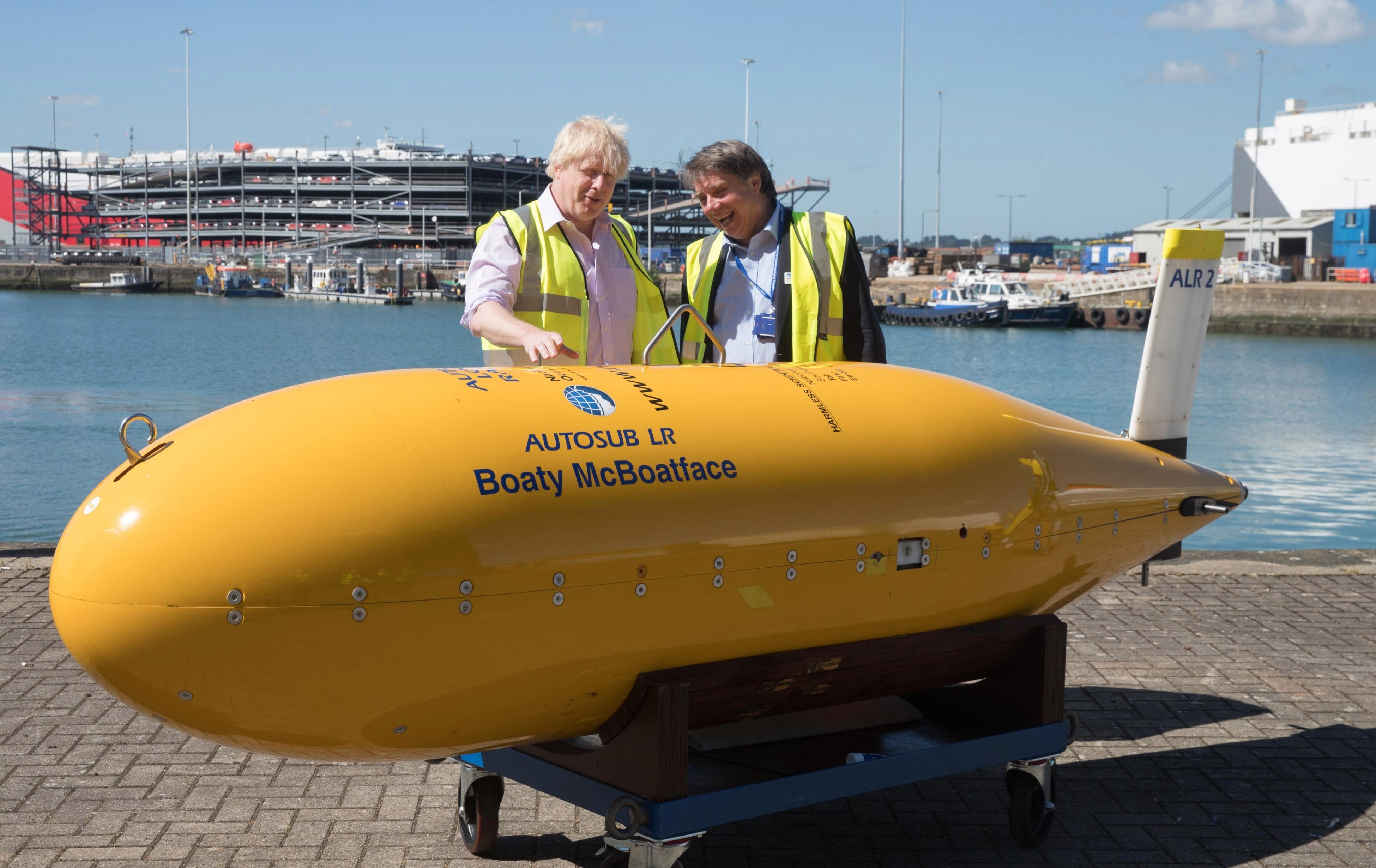 We were told that this country would become a global leper shunned by investors and shorn of influence.

And what has really happened?

Unemployment has fallen by 250,000 to a new low of 4.2 per cent while record numbers of jobs have been created – including no fewer than 8 for the former chancellor and chief architect of project fear who has become a glorious living rebuttal of his own preposterous warnings.

Foreign direct investment continues to pour in. As for British influence – look at how the world responded to the attempted murder of the Skripals.

In an unprecedented act of diplomatic sympathy 28 countries expelled Russian spies in protest at the callous use of novichok nerve agent in Salisbury.

What did they really know about this county and its spirit?

That is spirit of the new Global Britain that we are building – confident, open, internationalist, free trading, – in the government led by Theresa May.

Across the country I find people who – whatever they voted two years ago – just want us to get on and do it.

They don’t want a half-hearted Brexit. They don’t want some sort of hopeless compromise, some perpetual pushme-pullyou arrangement in which we stay half in and half out in a political no mans land – with no more ministers round the table in Brussels and yet forced to obey EU laws.

They want this government to fulfil the mandate of the people – and deliver a full British Brexit. 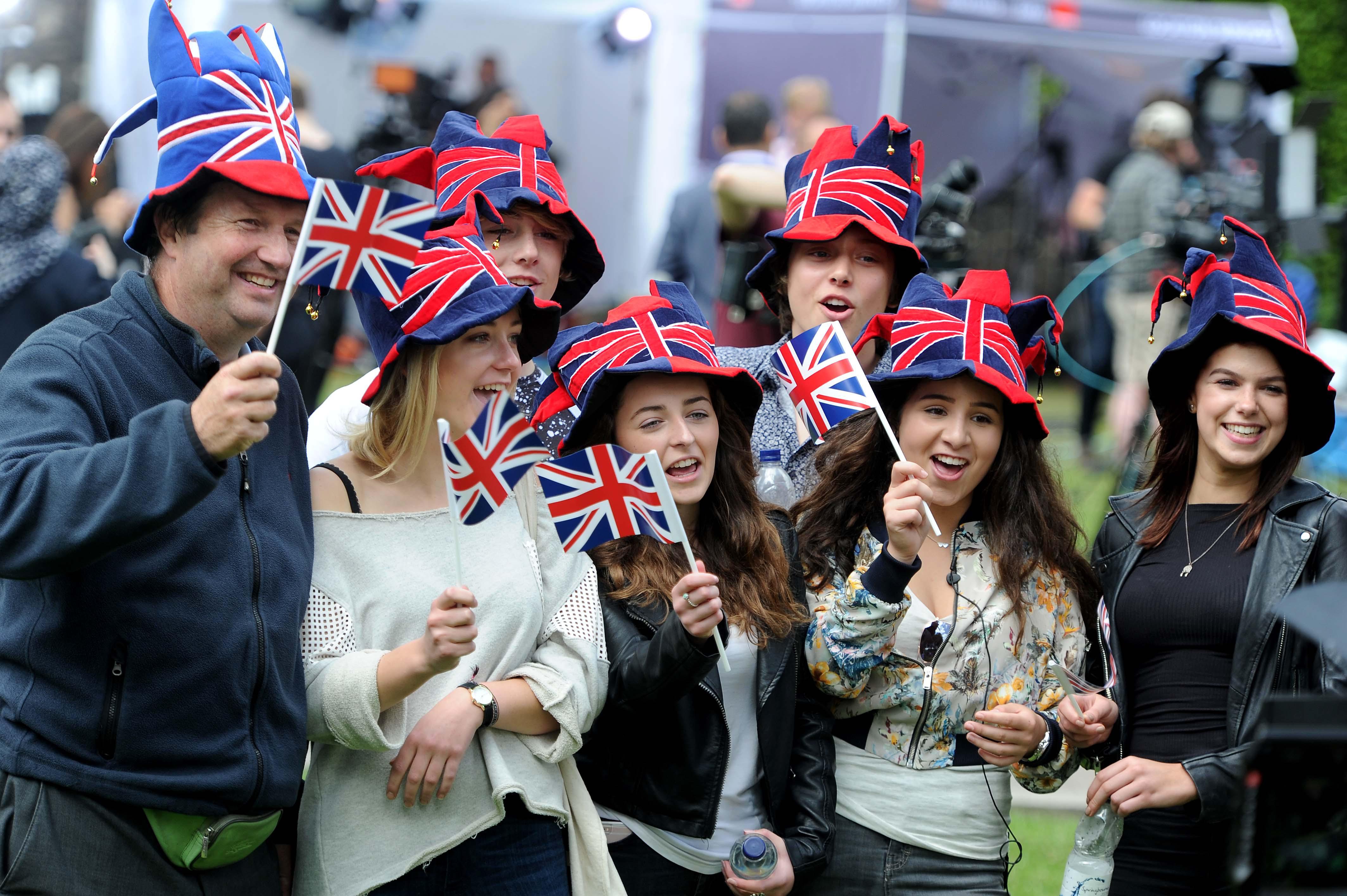 This week the Prime Minister showed how she intends to honour a key pledge of the Leave campaign.

As she made clear on Monday at least some of the extra funding for the NHS will come from the Brexit dividend – the cash that we will recoup on our EU contributions when we finally leave.

But Brexit is about much more than that.

As she spelled out in her Mansion House speech Theresa May has a vision for a country that leads and campaigns for free trade and that will be able to do new deals with the growth economies of the world. 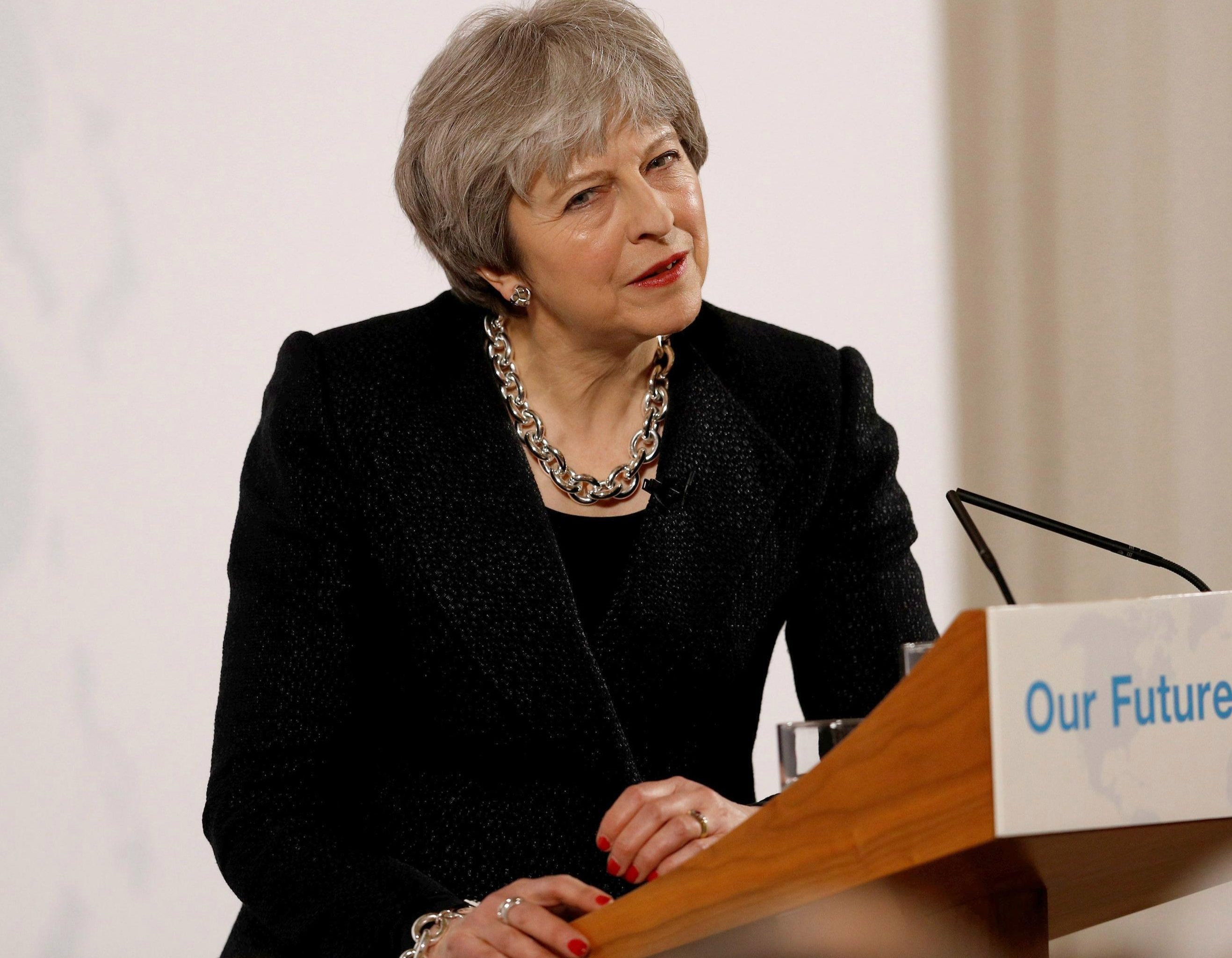 Indeed by some predictions the UK will be the biggest economy in Europe by 2050 – but just not in the EU.

We will have the freedom to bust out of the corsets of EU regulation and rules – to do things our way, to make the most of British leadership in the growth sectors of tomorrow.

We are the dominant European economy not just in financial services but in tech and bio-science and e commerce, to say nothing of the growing UK lead in the arts, culture, media and academia. 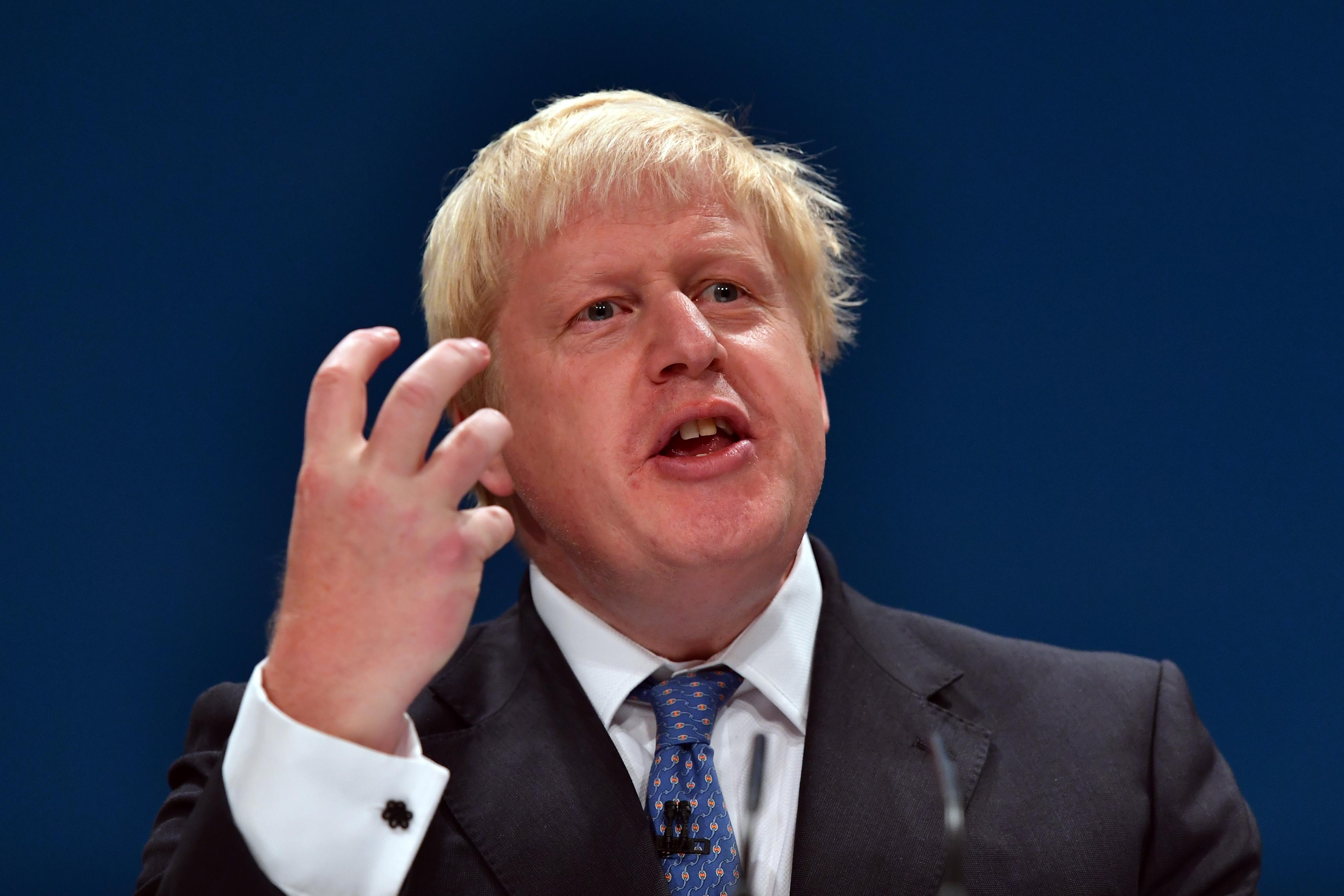 Brexit is the chance to turbo charge those capabilities and to lengthen our lead.

If we get it right then that will mean much more than just more cash for hospitals or sensible controls at borders – important though those are.

It will mean a nimble and dynamic Britain able to respond swiftly and in our own way to all the opportunities of the global economy.

And that will mean new and fulfilling jobs in sectors that are being held back – or may not even exist – because of the one size fits all model of the EU. 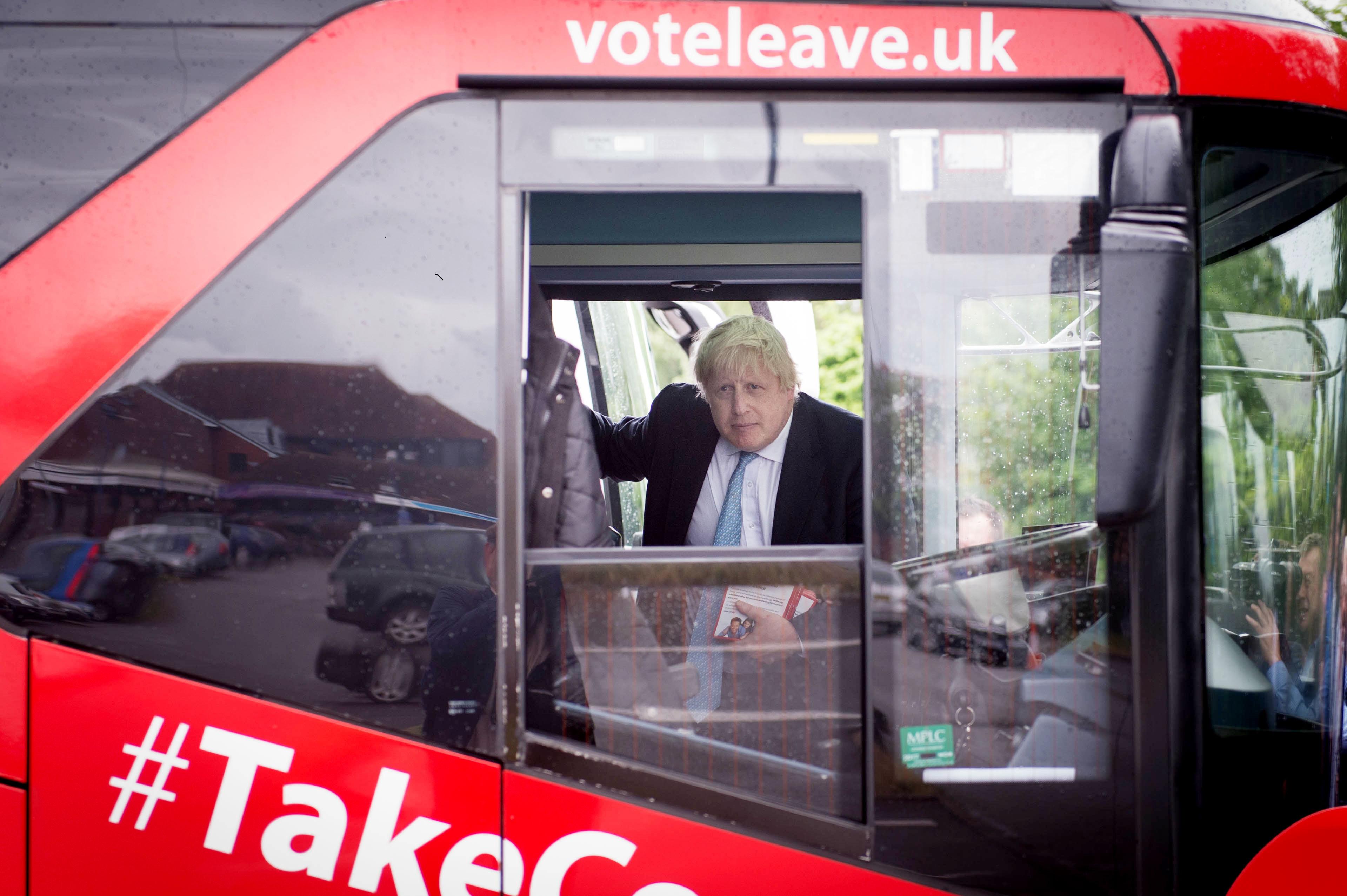 Of course I recognise that there are some people who still think it won’t happen.

That is because they secretly want to reduce Brexit to an absurdity and then campaign to take the UK back in.

And they are still trotting out the same old project fear stuff that we ignored two years ago. 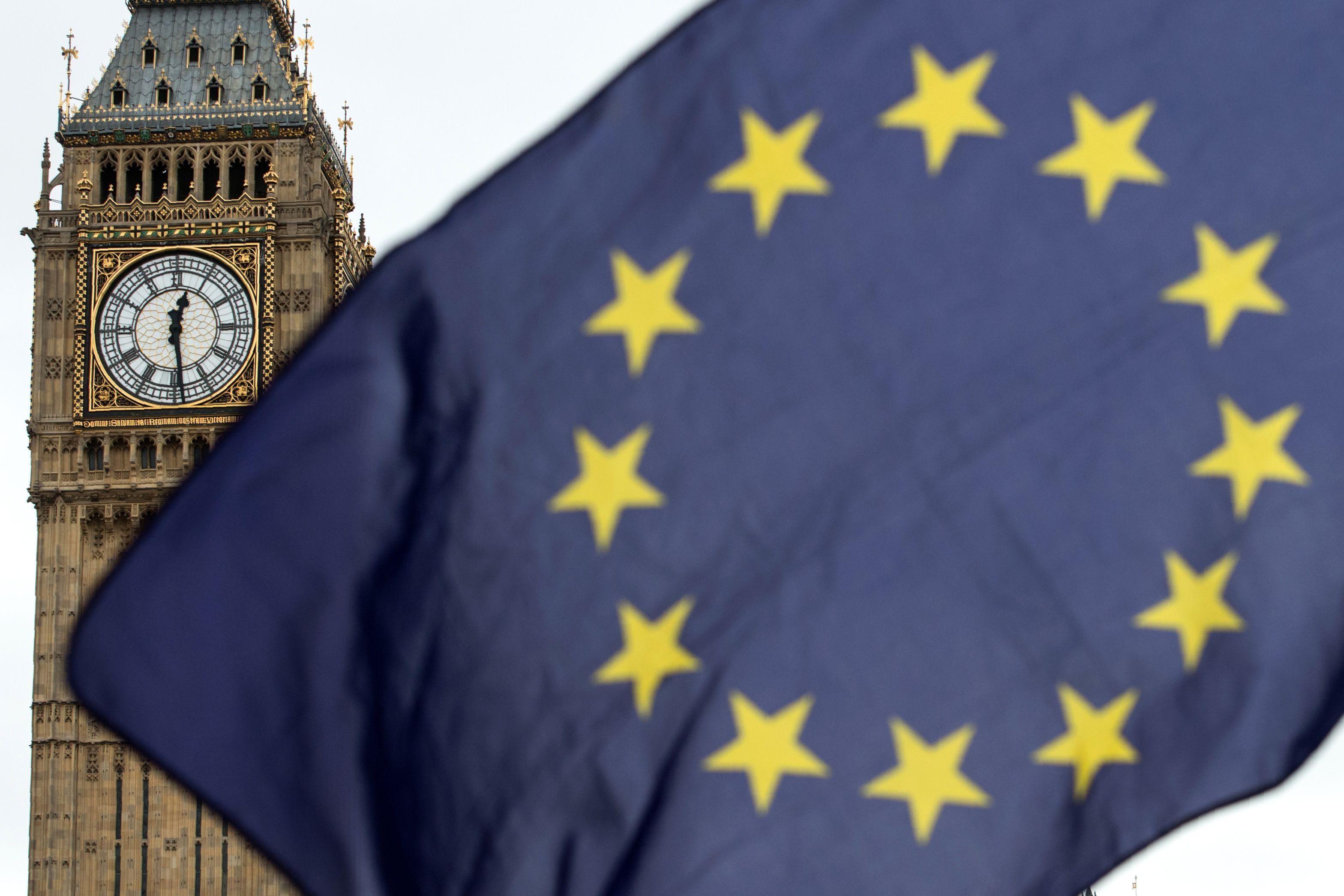 They were wrong then and they are wrong now.

Two years ago the people of this country recorded a verdict about themselves: that they had the guts to believe in Britain.

They were right and they will be proved right in the decades ahead.

It is time to take back control.