The PM, 55, looked glued to his screen as he watched England trail behind South Africa at Japan’s International Stadium in Yokohama.

A picture posted to his Twitter account showed him clutching Dilyn, the Jack Russell cross he and his girlfriend Carrie Symonds, 31, adopted at 15 weeks old.

Wearing his rugby shirt and sat on his living room floor, Mr Johnson and his puppy appeared transfixed by the match, which ended in heartbreak for England as the final whistle blew 12-32. 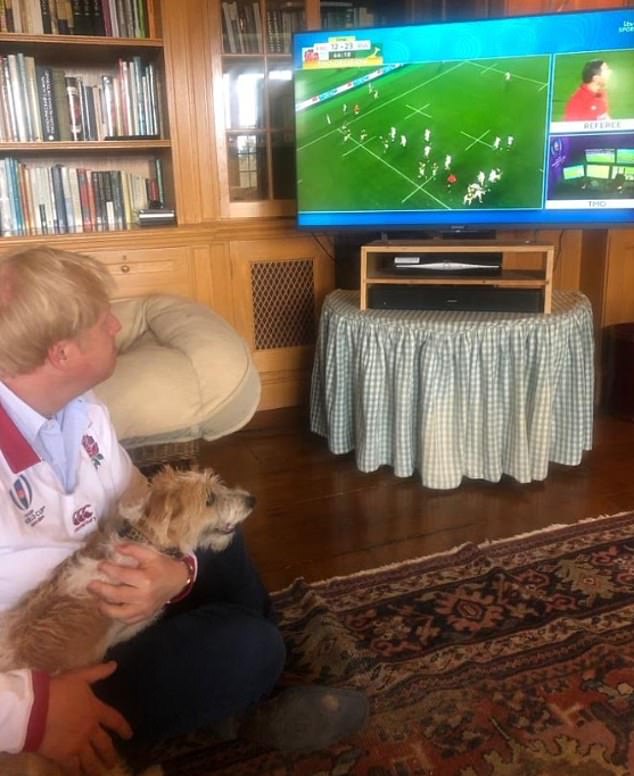 Earlier the PM tweeted a motivational video, willing the England team to repeat their sensational performance against New Zealand earlier in the tournament.

He said he had ‘never seen and England team like it’ and that he knew they were capable of victory after watching them defeat the All Blacks. 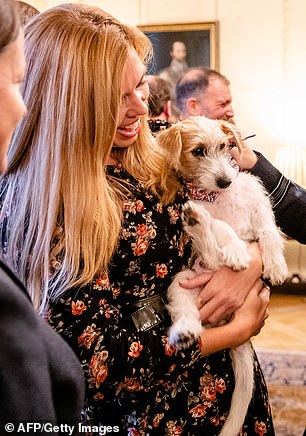 Some Twitter users pointed out the ‘interesting’ point he chose to be photographed during the game – when England were losing 12-23.

The screen showed the TMO reviewing a South Africa try, with a still of the referee and the TMO team.

Others chose to highlight the gingham table cloth covering the Prime Minister’s TV stand, while some commented on his decision to wear his jersey over a formal shirt.

After the final whistle blew, he congratulated South Africa, saying: ‘Hats off to South Africa who were just rocklike in defence today but @EnglandRugby can hold their heads high after an amazing tournament.’

Mr Johnson is a huge rugby fan, famously taking out a 10-year-old boy in a street match in Japan during his time as Mayor of London in 2015.

He played at school in Eton and university at Oxford, where he was also part of the notorious Bullingdon Club.

While Mr Johnson was at home, millions of fans turned out at pubs, bars and rugby clubs nationwide.

They were up at the crack of dawn with pints in hand soon after sunrise for the match to kick off at 9am (6pm local time). 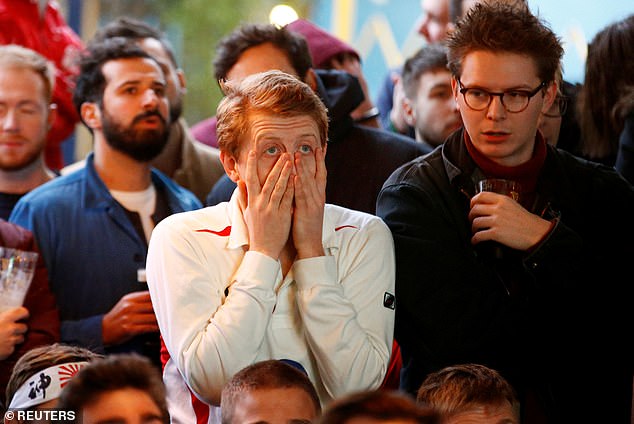 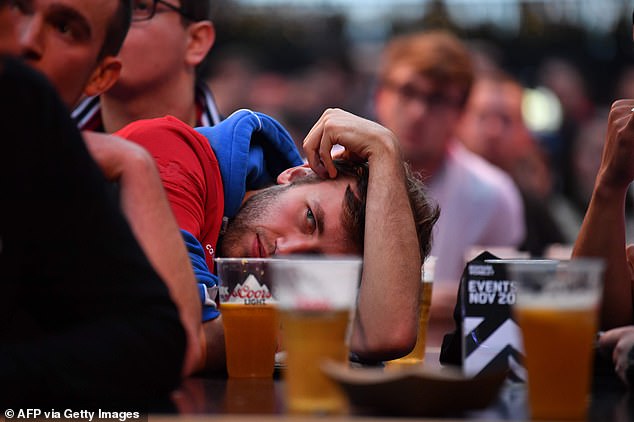 It’s all over: One England fan struggled to keep his head off the table at Boxpark in Wembley, north west London, as the final whistle brought heartbreak to fans across the country 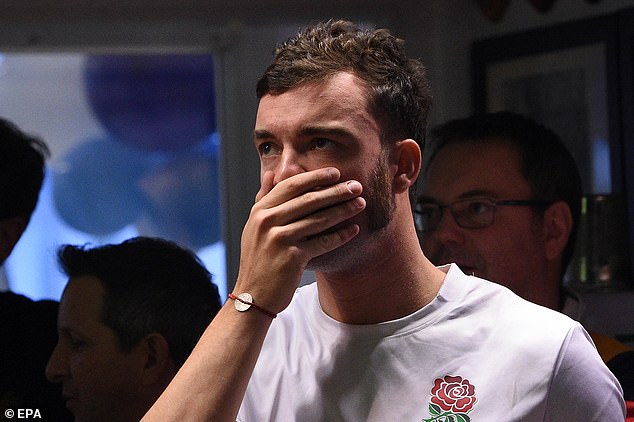 On the verge of tears: At half time, with the score at 12-6 to South Africa, one England fan looked like he was about to cry