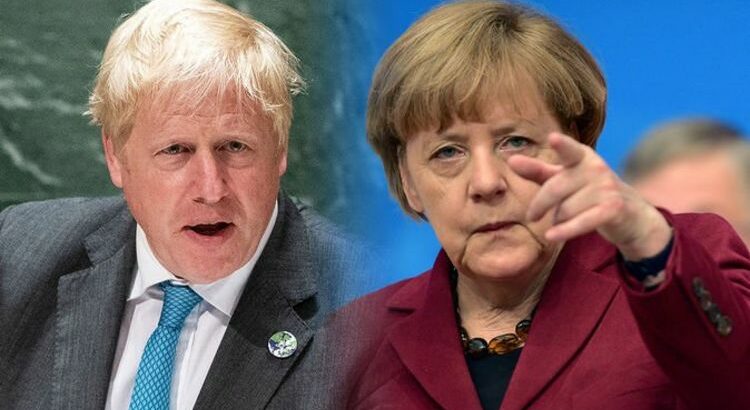 Boris Johnson wants COP26 to be a resounding success, bringing Britain forward as a leading nation in the fight against climate change, winning back younger voters that have ditched the Conservatives during the pandemic and presenting the UK as a hard-talking, fast-acting player on climate change. But the meeting will have other factors at work, and the September 26 German election could influence the outcome.

COP26 – the United Nations Conference of the Parties – will see more than 200,000 delegates from 196 countries descend on Glasgow from October 31 to November 21.

The conference is intended to “accelerate action towards the goals of the Paris Agreement and the UN Framework Convention on Climate Change”.

This year, the UK holds the presidency for the conference, and Boris Johnson used his speech at the UN general assembly in New York this week to strike the tone he hopes to set for the event.

Mr Johnson said COP26 must be a “turning point for humanity” and urged a call to arms to fellow leaders, saying it was time for humanity to “grow up”.

In the COP26 manifesto, it says the UK is “committed to working with all countries and joining forces with civil society, companies and people on the frontline of climate change to inspire climate action” – but as ever, it is the political climate that could impact the success of this mission.

There is a very high chance that, at the time of COP26, Germany will be in the throws of lengthy and contentious coalition negotiations after what is expected to be a fractious election result on September 26.

This will result in a caretaker government for some months, likely to be presided over by Angela Merkel, even though no real power will be held by her any longer.

Speaking to Express.co.uk, Economist Intelligence’s Principal Economist and German analyst, Emily Mansfield, said this “lack of permanent leadership” would “limit the ability of the [EU] to engage effectively with the UK”.

She added: “The probable lack of a mandate for the German delegate at COP26 in November will limit the effectiveness of the summit, which Boris Johnson wants to showcase as a UK diplomatic success.”

The challenge for Mr Johnson, then, will be to drive policy forward that can be adopted and adapted in the months ahead, as governments form and domestic policies change.

Speaking in New York, Mr Johnson sought to strike an emotional tone and place himself as a passionate thinker on the climate crisis.

He said: “It is time for us to listen to the warnings of the scientists – and look at Covid, if you want an example of gloomy scientists being proved right – and to understand who we are and what we are doing.”

“The world – this precious blue sphere with its eggshell crust and wisp of an atmosphere – is not some indestructible toy, some bouncy plastic romper room against which we can hurl ourselves to our heart’s content.”

He compared humanity to an impetuous 16-year-old “just old enough to get ourselves into serious trouble”.

He said: “We have come to that fateful age when we know roughly how to drive and we know how to unlock the drinks cabinet and to engage in all sorts of activity that is not only potentially embarrassing but also terminal.

“We trash our habitats again and again with the inductive reasoning that we have got away with it so far, and therefore we will get away with it again.

“My friends, the adolescence of humanity is coming to an end…We must come together in a collective coming of age.”

Mr Johnson also tried his hand at some comedy, when he claimed the Muppets character Kermit the Frog was wrong when he sang: “It’s not easy being green.”

The Prime Minister was forced to concede that he had changed his mind on climate change earlier this week after being questioned about denialist comment he made in the past.

As recently as 2015, Mr Johnson claimed: “Global leaders were driven by a primitive fear that the present ambient warm weather is somehow caused by humanity; and that fear – as far as I understand the science – is equally without foundation.”

He also wrote an article in 2013 suggesting the Government should consider preparing for a mini-ice age caused by solar activity, drawing on a discredited theory by the climate denier Piers Corbyn – brother of the former Labour leader.

Mr Johnson said he had a change of heart as “the facts change and people change their minds”.