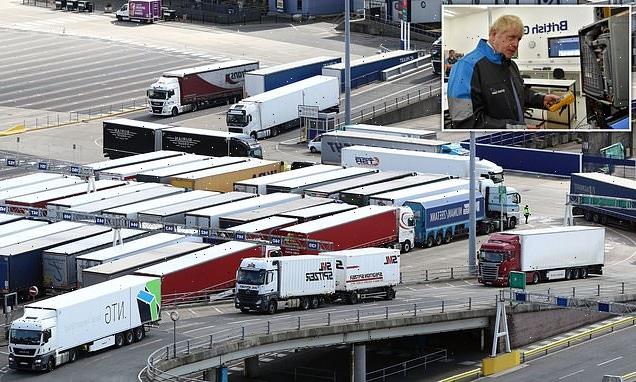 Boris Johnson is set to delay the introduction of some post-Brexit checks on EU imports amid fears they could cause food shortages over the Christmas period, it was claimed today.

The UK is supposed to be introducing a fresh wave of checks and requirements on imports of animal origin and certain foods from next month.

But the roll-out could now be pushed back by six months in what would be the second time the checks have been delayed. 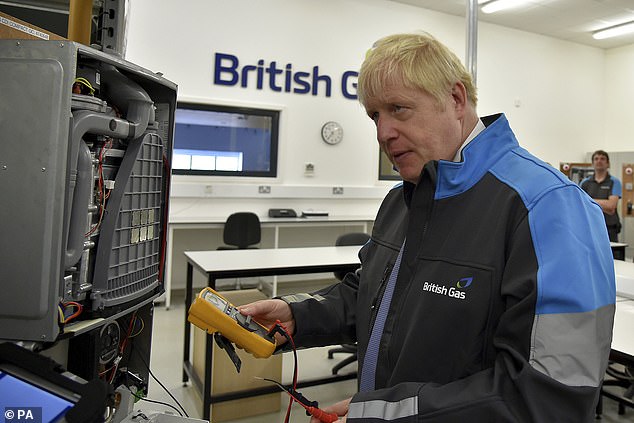 Boris Johnson is set to delay the introduction of some post-Brexit checks on EU imports, it was claimed today

The EU imposed its post-Brexit checks on UK imports in full from January but Britain has opted for a gradual shift to the new arrangements for goods coming from the continent.

The Government decided back in March of this year to delay introducing some of the checks.

Business chiefs fear the extra paperwork could combine with the ongoing shortage of HGV drivers to result in food shortages.

They are also concerned that the added red tape could lead to shoppers facing higher prices in supermarkets.

Whitehall officials told The Telegraph that a decision to delay the introduction of the checks is now highly likely.

It is thought a further delay of six months is one of the options being considered.

Any decision to push back the roll-out of the new checks is likely to reignite concerns in Whitehall over prolonging uncertainty for businesses.

One senior business figure told the newspaper: ‘I wouldn’t be surprised if they delayed, given the pressure it is going to put on supply chains coming into the country.’ 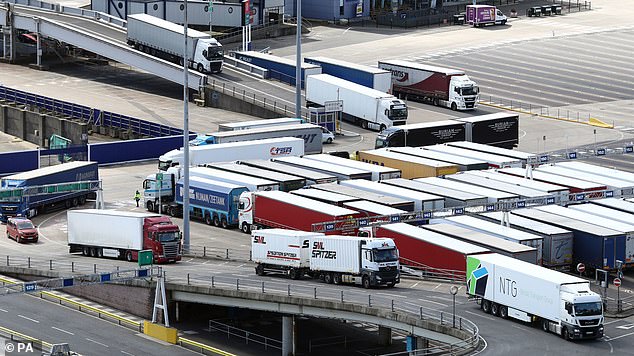 The UK is supposed to be introducing a fresh wave of checks and requirements on imports of animal origin and certain foods from next month. The Port of Dover is pictured in April 2021

The expected move on the checks on EU imports to the UK comes amid a rumbling row between the two sides over the movement of goods from GB to Northern Ireland.

Earlier this month Brussels and Britain agreed to extend a truce over the introduction of some checks in Northern Ireland.

Talks remain ongoing on finding permanent solutions to disruption caused by the Northern Ireland Protocol but little progress is being made.