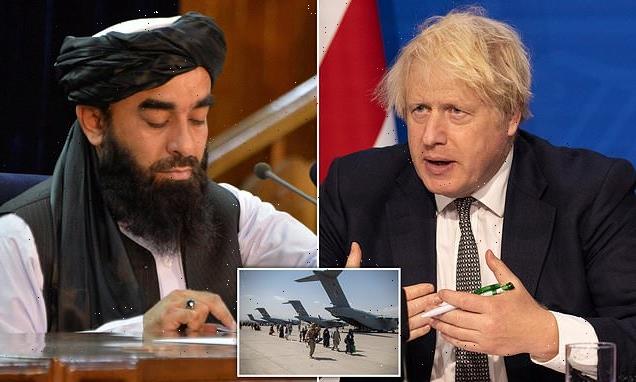 Boris Johnson made a dramatic offer to the Taliban last night, saying the West would unfreeze hundreds of millions of pounds in funding if the group agreed to a string of conditions.

Despite failing to secure an extension to the August 31 withdrawal deadline, the Prime Minister claimed the G7’s ‘considerable influence’ could help bring the Taliban to heel.

Mr Johnson, who hosted an emergency virtual G7 meeting last night, said the powers would allow Afghanistan’s new leaders to access frozen funds if they allowed girls to be educated, prevented the country from becoming a breeding ground for terror and cracked down on the heroin trade.

He added that the G7’s ‘number one condition’ was ‘safe passage’ for those who wanted to leave beyond the end of the month when Western troops pull out. 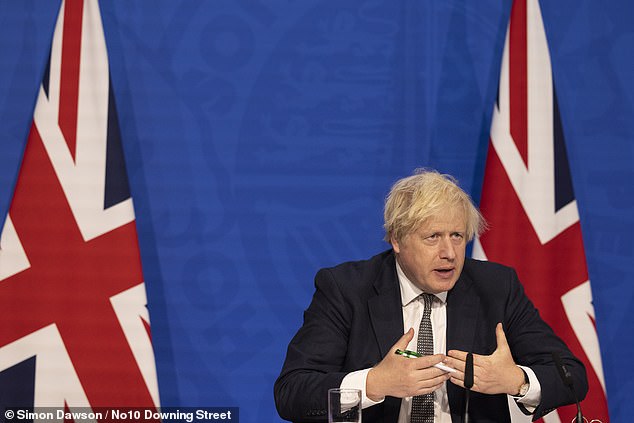 Despite failing to secure an extension to the August 31 withdrawal deadline, the Prime Minister claimed the G7’s ‘considerable influence’ could help bring the Taliban to heel

Downing Street said it was too early to say how much funding could be extended to the country and what it would be spent on. However, a statement from all G7 leaders suggested it would include humanitarian assistance.

It was reported earlier this month that the International Monetary Fund had blocked Afghanistan’s access to £330million in emergency reserves. Yesterday – despite the West’s demands – a Taliban spokesman said working women must stay at home for now for their own ‘safety’.

Mr Johnson spoke after the meeting of G7 leaders, at which US President Joe Biden was said to have ignored pleas to extend the US evacuation beyond the end of the month.

The Prime Minister said: ‘Today the G7 agreed a roadmap for future engagement with the Taliban,’ adding: ‘If those huge funds are going to be unfrozen eventually for use by the government and people of Afghanistan, then what we’re saying is Afghanistan can’t lurch back into becoming a breeding ground of terror, Afghanistan can’t become a narco state, girls have to be educated up to the age of 18, and so on.’ 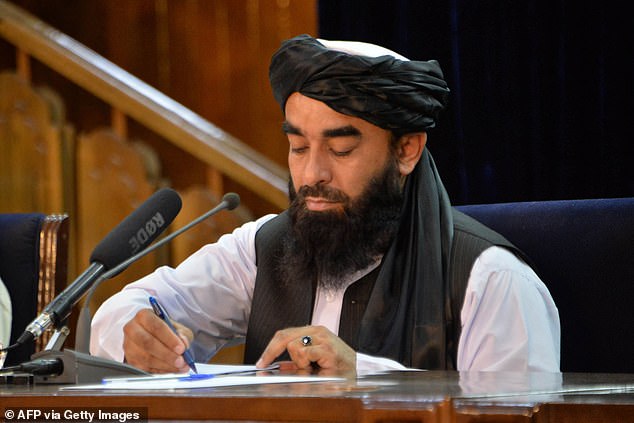 Mr Johnson, who hosted an emergency virtual G7 meeting last night, said the powers would allow Afghanistan’s new leaders to access frozen funds if they allowed girls to be educated, prevented the country from becoming a breeding ground for terror and cracked down on the heroin trade. Pictured: Taliban spokesman Zabihullah Mujahid

‘But the number one condition that we are insisting upon is safe passage beyond the 31st, beyond this initial phase, for those who want to leave Afghanistan.’

A joint statement from G7 leaders, along with the secretary generals of the UN and Nato, pledged to contribute to humanitarian efforts in the region – and demand that women’s rights be respected. 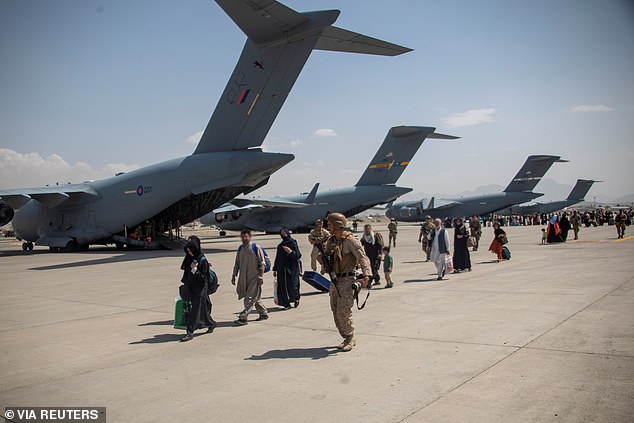 The statement went on: ‘We support the UN in coordinating the immediate international humanitarian response in the region, including unfettered humanitarian access in Afghanistan, and will contribute collectively to that response.’

The global leaders said they would work with allies, G20 nations, the UN and countries neighbouring Afghanistan to address the ‘critical questions’ facing the new regime.

‘As we do this, we will judge the Afghan parties by their actions, not words,’ they said.

‘In particular, we reaffirm that the Taliban will be held accountable for their actions on preventing terrorism, on human rights in particular those of women, girls and minorities, and on pursuing an inclusive political settlement in Afghanistan.

‘The legitimacy of any future government depends on the approach it now takes to uphold its international obligations and commitments to ensure a stable Afghanistan.’

Yesterday, Taliban spokesman Zabihullah Mujahid told a press conference that women would be allowed to return to work when it was safer for them to do so. ‘Our security forces are not trained (in) how to deal with women – how to speak to women,’ he said.

‘It’s currently for their benefit to prevent any ill-treatment.’

Mujahid told reporters last week that women would be allowed to work and study and were a ‘very important part of society’.

‘We are guaranteeing all their rights, within the limits of Islam,’ he added.

When the Taliban last ruled Afghanistan in the late 1990s, women were confined to their homes and banned from going to school and work.