Social media users have gone into overdrive after the stunning resignation of Boris Johnson as Foreign Secretary.

Twitter has been flooded with memes poking fun at the politician and the Brexit situation in general as the Government appears to be caught up in chaos.

Some have also mocked Theresa May over the problems she is facing in her Cabinet after Mr Johnson’s exit, closely following David Davis quitting as Brexit Secretary late last night.

But most saved their sarcasm for the former London Mayor, with one user posting a parody of Where’s Wally renamed Where’s Boris?, which became a popular hashtag referencing him ‘going underground’ and is currently trending in the UK. 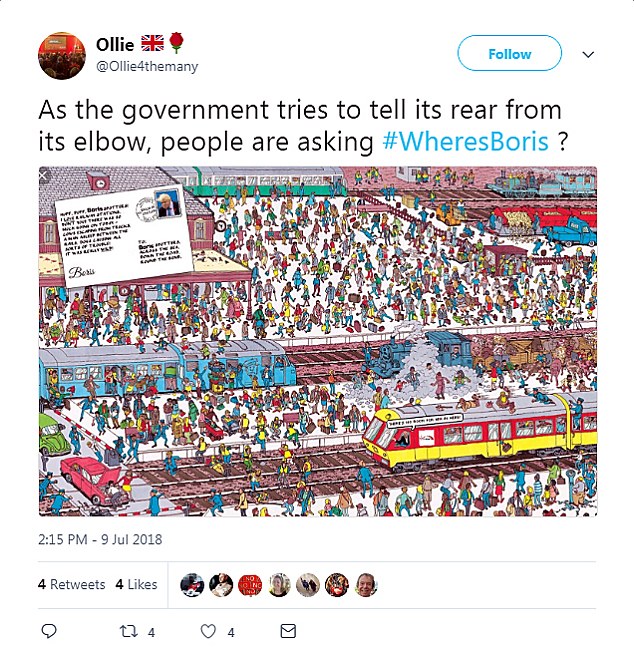 Social media users were quick to mock Boris Johnson’s resignation and lack of appearance, mocking up a Where’s Wally? puzzle in his honour 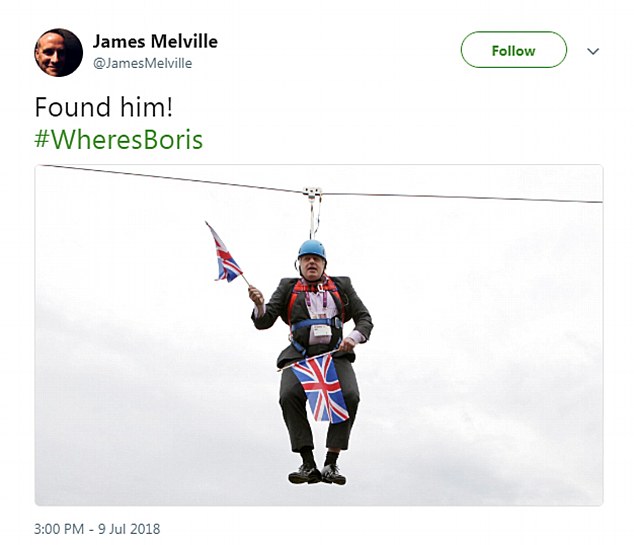 The hashtag #WheresBoris quickly became popular, with others mocking the time he got caught on a zipwire during the London Olympics 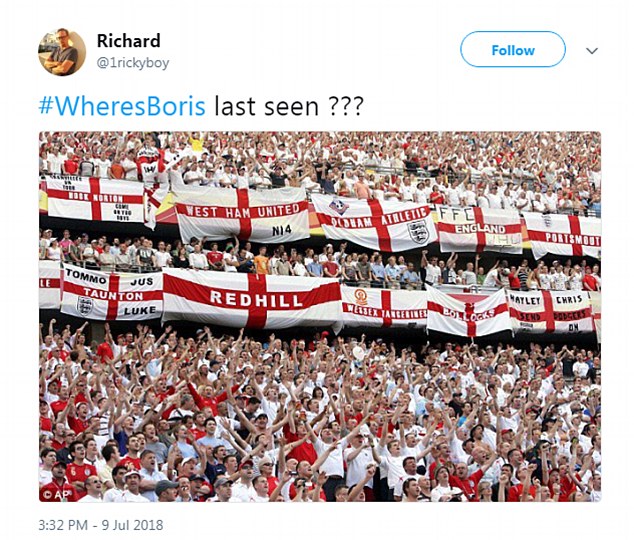 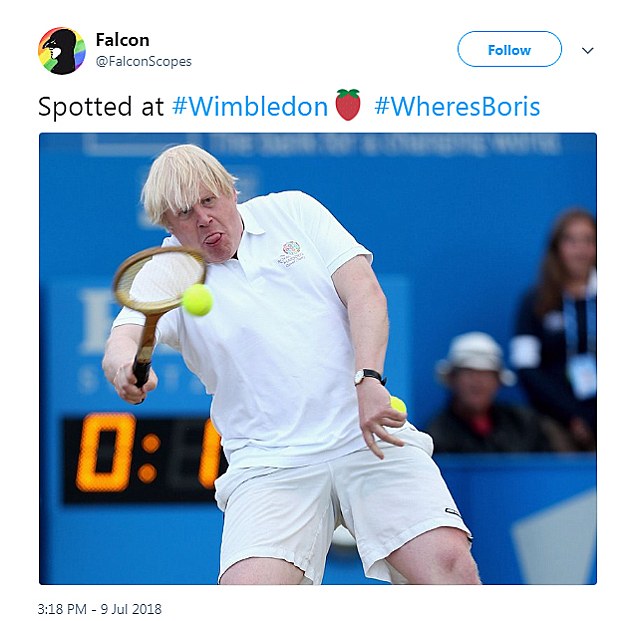 Another suggested he had quit as Foreign Secretary to pursue a career in basketball, pictured

Others posted reminders of the time he became caught up on a zip wire in London in August 2012 while waving Union Jack flags to celebrate Britain’s performance in the Olympic Games.

It comes as Mrs May is in a desperate battle for her political life today after Boris Johnson dramatically quit over her ‘third way’ Brexit plan.

The Foreign Secretary resigned just minutes before the PM took to her feet the Commons in a statement to MPs about the compromise package she forced through the Cabinet on Friday night.

Mrs May tried to put a brave face on the shattering blow this afternoon, paying tribute to Mr Johnson’s commitment to ‘Global Britain’.

She mounted an impassioned defence of her blueprint, saying it was the ‘Brexit in our national interest’.

But some Labour MPs jeered ‘bye’ and ‘resign’ as she stood up to address the chamber.

Mrs May must then endure the pressure cooker of a private meeting with Tory backbenchers later amid a massive backlash from Eurosceptics that is threatening to sweep her out of Downing Street. 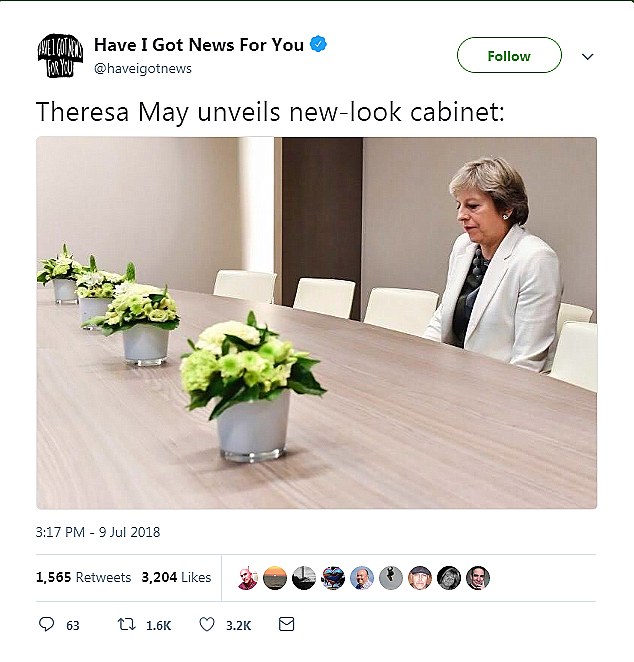 Theresa May did not escape either, with one Twitter user making fun of the high-profile resignations by showing her with a new ’empty room’ Cabinet 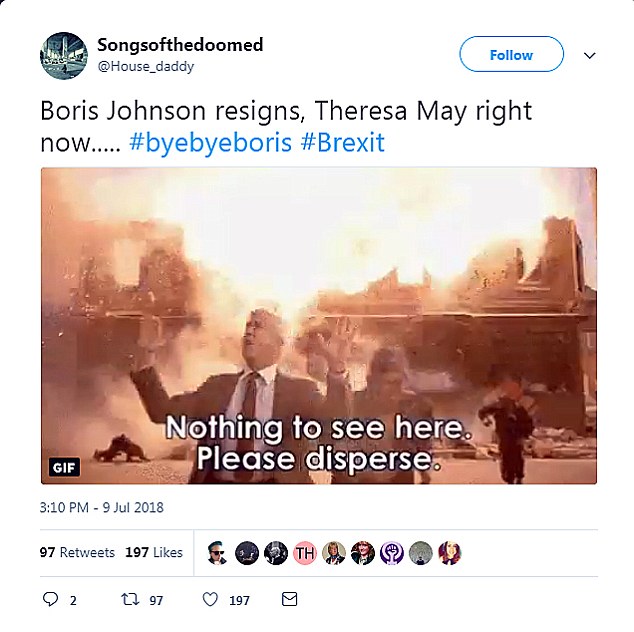 Another user mocked Mrs May with a Naked Gun reference, suggesting her government was on fire 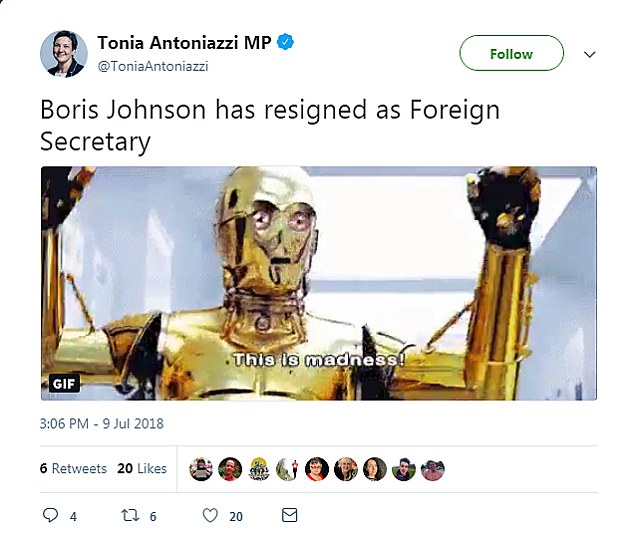 Labour MP Tonia Antoniazzi also got involved, branding the situation madness with a picture of C3PO panicking in Star Wars 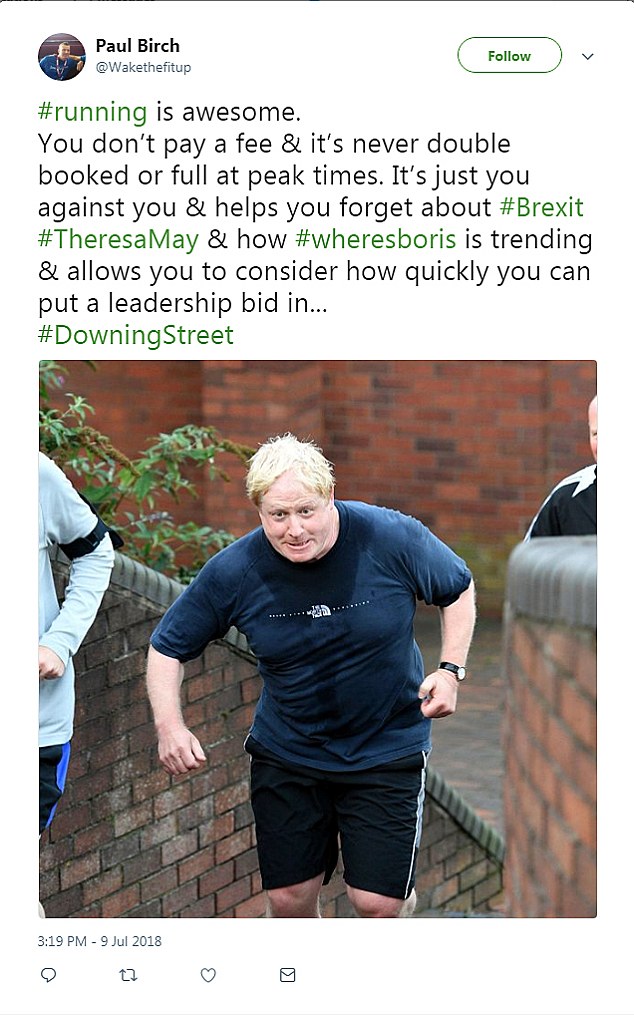 But the premier’s grip on Downing Street is hanging by a thread after Mr Johnson delivered his bombshell news after hours of speculation about his intentions. Mrs May’s allies will fear a bid to oust her will come almost immediately.

A No10 spokesman said: ‘This afternoon, the Prime Minister accepted the resignation of Boris Johnson as Foreign Secretary. His replacement will be announced shortly. The Prime Minister thanks Boris for his work.’

Mr Johnson had gone underground today, despite reportedly having branded the blueprint a ‘t***’ during the marathon Cabinet session.

He surfaced to resign after contradictory claims over whether he was attending the Cobra emergency meeting on the Amesbury nerve agent poisonings. 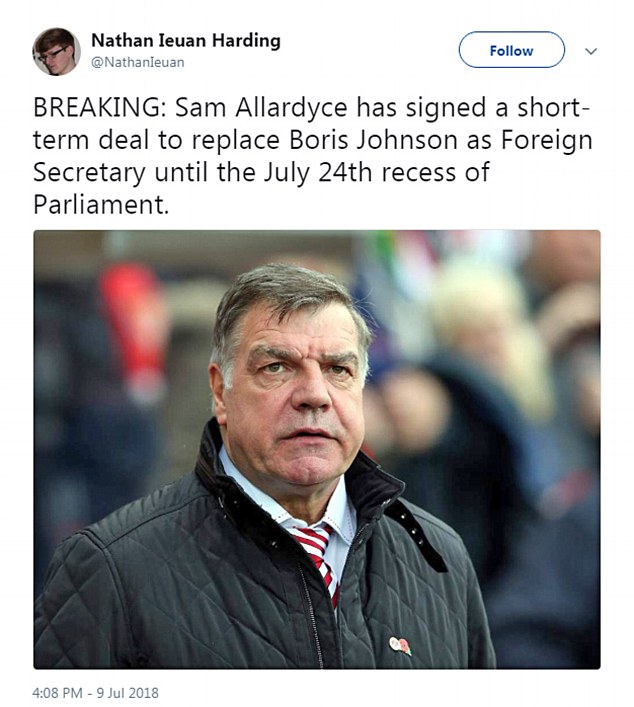 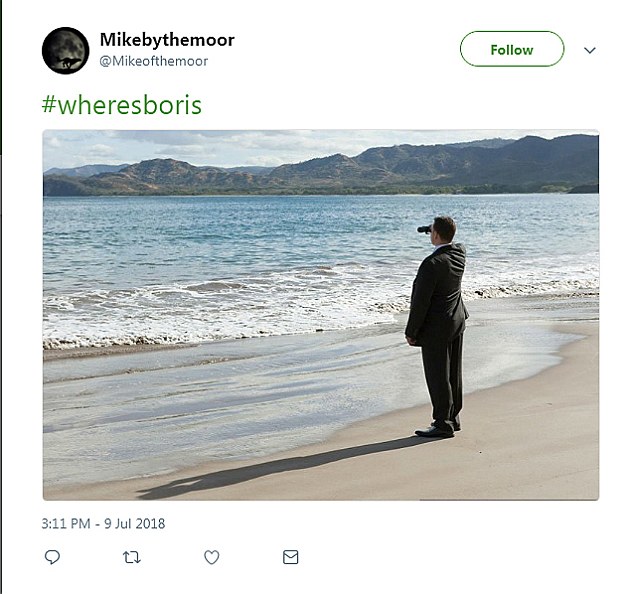 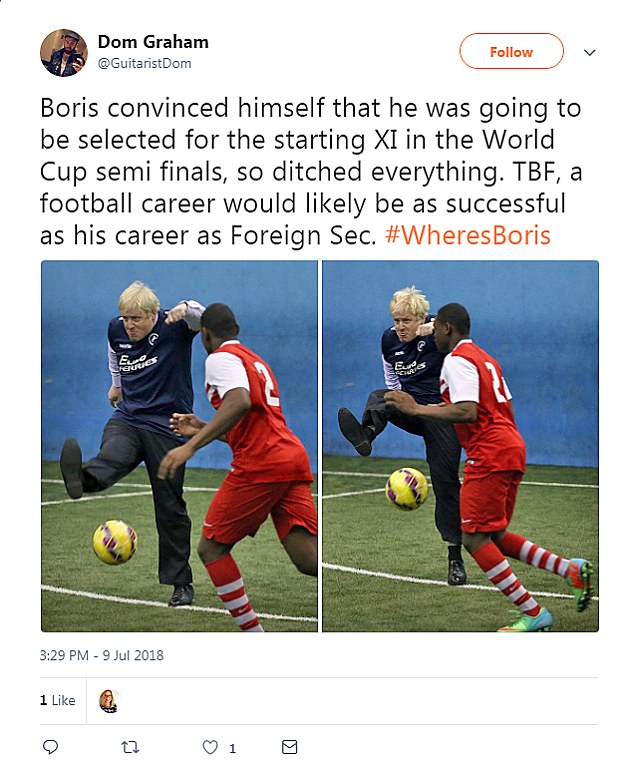