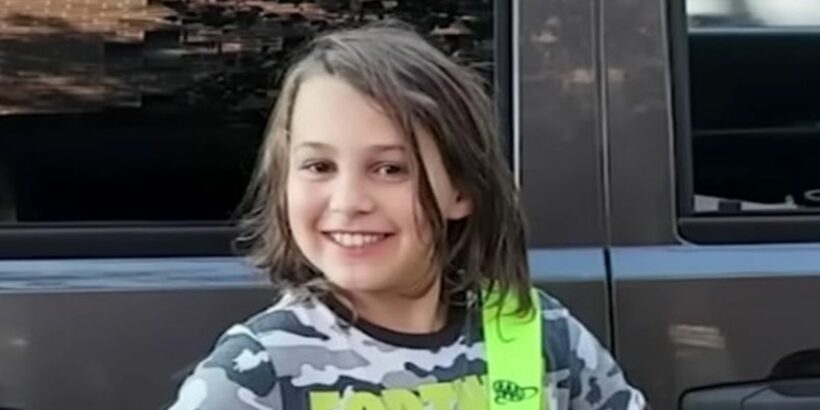 A young quick-thinking boy managed escape a woman following him home after fearing she was going to abduct him while walking home from school.

Sammy Green, 10, was approached by the creepy woman while on the streets in Pottstown, Pennsylvania, USA.

She asked him why he was there, where his family was and where his dad was – which immediately alerted the boy to the potential danger.

READ MORE: Roads to turn into rivers as Met Office warns three inches of rain to fall in 24 hours

He managed to escape thanks to a nearby branch of Dani Bee Funky, a gift shop he often visits.

While there, he whispered to the woman behind the till to pretend that she was his mother, because someone was following him.

Thankfully, the woman, called Hannah, did so and even locked the doors with the creepy woman standing inside the shop.

However, she made a run for it.

Speaking to local media, his dad Sam said: “She said she probably knew me and was going to WAWA (a local supermarket) and that he was supposed to go with her and he could get anything he wanted.

“Think of every scenario and make sure that children know and also practice it – practice your situations and scenarios just like fire drills.”

Explaining the moment the boy came into the shop, Hannah said: “He was like, 'pretend like you're my mom,' and I was just like, 'all right go to the back.'

“He didn't want to leave my side."

The Pottstown Police Department managed to track the woman down, and she has been sent to a local mental health service for assessment.

The owner of the gift shop, Dani Small, praised the boy and her member of staff for dealing with the situation in a calm manner.

She said: “I am very proud of her.

“Hannah is a 17-year-old young lady, she did everything correctly.”